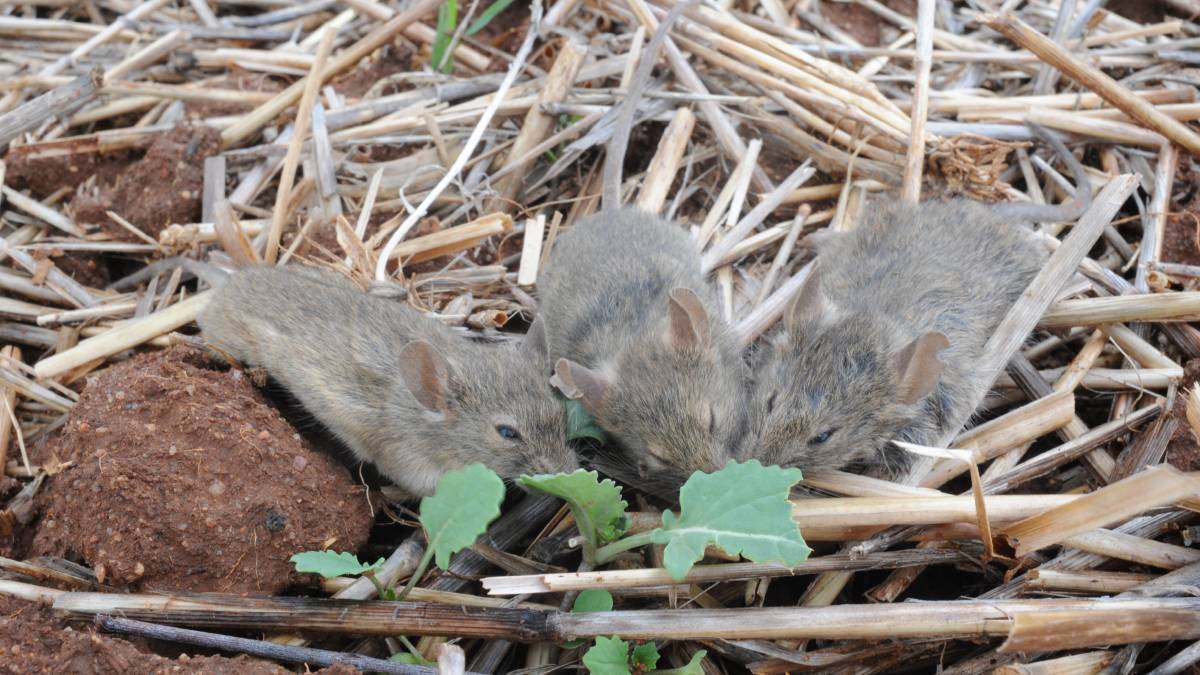 The Australian Pesticides and Veterinarian Medicines Authority (APVMA) has knocked back the NSW Government's emergency permit application of the use of bromadiolone to combat the mouse plague.

The Australian Pesticides and Veterinarian Medicines Authority (APVMA) has knocked back the NSW Department of Primary Industries emergency permit application for the use of bromadiolone around the perimeter of crops to combat the mouse plague.

The decision comes after the use of the chemical bromadiolone was met with backlash from farming and conservation groups about it's toxicity to the environment.

The APVMA chief executive officer Lisa Croft said the APVMA was not satisfied that the proposed use of bromadiolone around the perimeter of crops met the statutory criteria for safety specifically in relation to residues and the environment.

"Before the APVMA is able to approve any application, we must be certain that it is safe, that it will work, and that it will not prevent our farmers from selling their producer overseas," Ms Croft said.

"The APVMA's primary concern is environmental safety , particularly in relation to animals that eat mice.

"Although the APVMA intends to refuse this particular application, we have approved six other emergency permit applications to give farmers extra mice control options."

In a statement the APVMA said it would continue to prioritise emergency use permit application in relation to the mouse plague.

NSW DPI has 28 days to response to the proposed decision to refuse the permit application. The APVMA will consider any information supplied by NSW DPI within this period before making its final decision.

In May, the NSW government secured 5,000 litres of bromadiolone, one of the world's strongest mice-killing chemicals, to assist with control.

It saw almost 600 farmers across affected areas register with Local Land Services for the free grain treatment with bromadiolone that was offered in the government's initial $50m package.

NSW Farmers' vice president Xavier Martin said farmers always "trust good science" and they were thankful for the authority like the APVMA to "think through the merit of these options".

"We are are thankful for the NSW Coalition government for recognising this is a natural disaster and that this is a mouse plague, and put the $50m forward for vermin control," Mr Martin said.

"We look forward to that resource being applied to the task of controlling this plague with free zinc phosphide."

Andrew Weidemann from Grain Producers Australia said he felt like that decision was going to be the case.

"That's why we believe we have the best available strongest bait with the double strength zinc phosphide bait to help reduce the mouse numbers on a broad acres scale basis.

"We have supported NSW Government and NSW Farmers through this to help them understand how zinc phosphide can be applied.

"We need to make sure the manufacturers have enough tech to produce the bait, which is the immediate priority."

In response to the decision, Agriculture Minister Adam Marshall said: 'we didn't put all our eggs in one basket, nor have we sat on our hands while waiting for a determination'.

He said the NSW government had put $150 million on the table to give farmers rebates of 50 per cent on zinc phosphide purchases, run extensive workshops with Australia's leading mice expert and invested in Australian-leading biocontrol research to help control the plagues of the future.

"The APVMA was extremely diligent in its consideration of our request and despite being disappointed not getting the outcome we wanted for the State's farmers, they are the independent regulator and we accept the umpire's decision," Mr Marshall said.

"Resources that were to be used to distribute bromadiolone will now be redeployed to support the other key support measures.

"We will continue to stand shoulder-to-shoulder with farmers throughout this winter and into the spring season.

The APVMA advised NSW DPI this afternoon that its application had been declined.

Recently the APVMA approved a number of emergency use permits for the use of zinc phosphide which have changed some aspects of its use:

Under the NSW Government's $150 million mice response package, primary producers who live where they work can claim rebates of up to $1000 for mouse bait, traps and cleaning products used to protect their homes, and eligible producers will be able to claim 50 per cent of the cost of purchasing zinc phosphide baits to a maximum of $10,000.

Regional households may be eligible to claim rebates of up to $500 for mouse bait, traps and cleaning products and small businesses could claim up to $1,000.