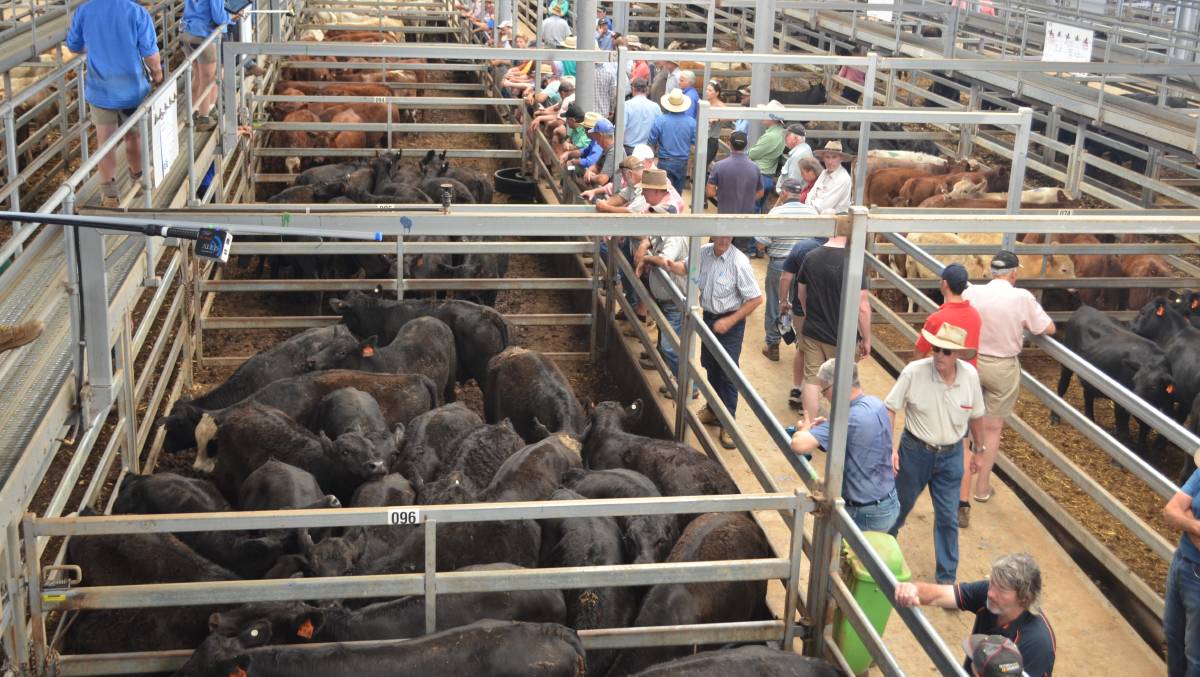 The quality was mostly good today at NVLX Wodonga when 1698 cattle were offered.

With 1698 head offered today at NVLX Wodonga, the feature lines of Angus cows attracted a lot of attention: while the excellent run of steers suitable for backgrounding by grass finishers or feedlots were also in strong demand.

Prices for all grades of cattle is not diminishing and with good rain across the eastern parts of Victoria and NSW, purchaser's were probably anticipating an excellent spring and the market would be best described as 'fully firm' on current values.

Commission agents and feedlot buyers were very strong with competition coming from restockers in north-east Victoria and southern Riverina.