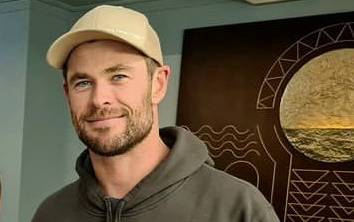 Chris Hemsworth in Armidale this week where he filmed a segment for his National Geographic series. Picture: Tattersalls Hotel

The actor came to Armidale from his NSW North Coast home to film a segment for his National Geographic series Limitless.

But it was a generous donation made when the cameras stopped rolling that will be remembered.

Medical equipment, valued at $10,000, used in the production of the segment about the brain, was donated to Armajun Aboriginal Health Service, and the service's clinical co-ordinator Rachael Kliendienst was left overwhelmed.

Earlier this week a man called into the health service and explained to Rachael he was in town working on the documentary with Hemsworth and said they had a lot of medical equipment in the back of a truck.

He asked if she wanted it.

"I walked out to the truck in the carpark and the first thing I saw was a bed, it's an observational bed that GPs use and that's what I fixated on because they're quite expensive," she said. 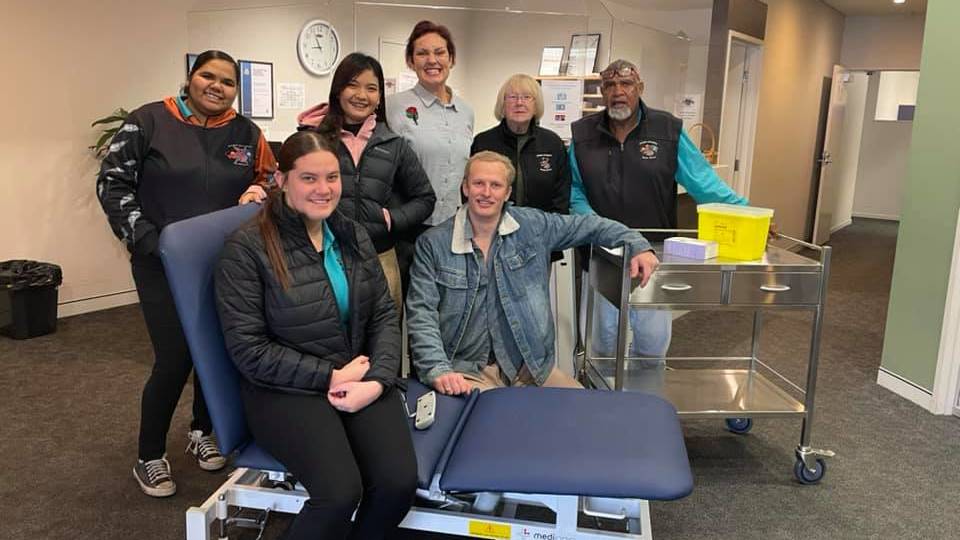 Armajun staff inspect some of the items donated by the Hemsworth entourage.

"When I saw that I said 'can I just pick something?' and he said 'no, you can have the lot'.

"My eyes were shifting and my knees went on me. I had to hold myself up and I saw lots of things," she said.

Rachael described it as huge for a non-profit organisation to receive a donation like this.

"It's Aboriginal led and community run, so these places don't see that much money."

Rachael shared photos of the donation on a Facebook page called the Kindness Pandemic, where it is already well on the way to going viral, attracting 100,000 views in the first 10 hours alone.

"It was really fun reading the comments, and people were really kind and supportive."

While in the city, Hemsworth and his entourage stayed at Tattersalls Hotel, and the boutique premises was happy to share pictures on social media of their staff meeting the film star. 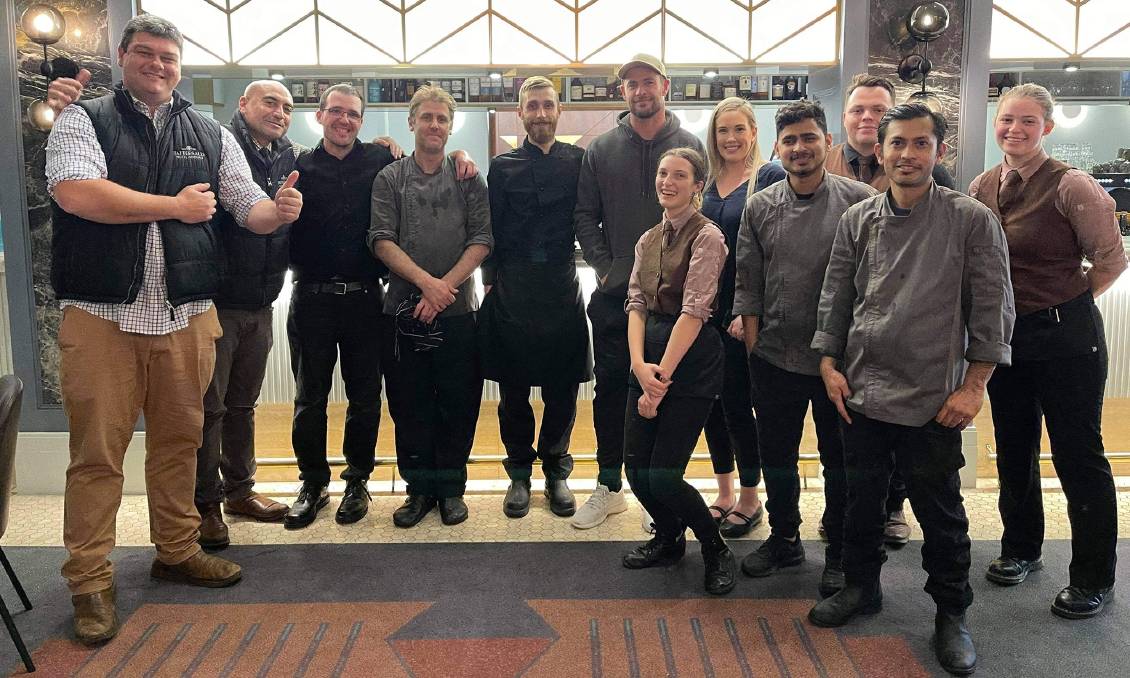 In the post on social media, they described Hemsworth and his personal trainer Luke Zocchi as lovely guys who were happy to pose for pictures with the hotel's staff before they headed off.

"We're very proud of the high level of service our team provided to make sure their experience was memorable," the post said.

The city has been a place for celebrities to come to before. In 2016 Russell Crowe was spotted in Armidale enjoying a break after the release of his movie The Nice Guys.

This story first appeared in The Armidale Express