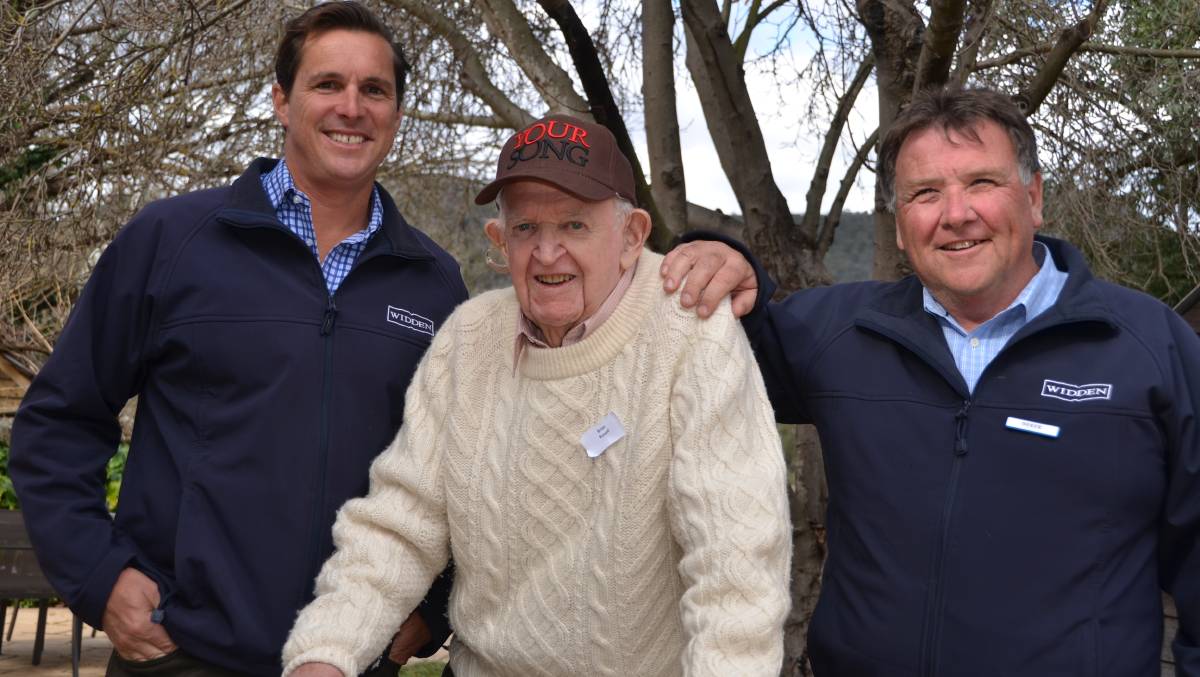 NOT long into my thoroughbred journalist, advertising and photography career with The Land, I met Brian Russell, the renowned pedigree authority and journalist whom is fondly recalled following his recent passing at age 90 at his home in North Richmond.

Brian loved "the game" immersing himself in its many facets including as a breeder, racegoer, punter, racing and pedigree journalist, editor, historian, bloodstock agent, and was always happy to promote any stud or owner over his 65 years of involvement.

He followed it to the end of his life; only his previous week Brian had a deserved chuckle to himself when successfully picking the quadrella on the Scone Cup program.

Only in March Brian produced his final "Australian Thoroughbred", a free newsletter emailed to over 3500 addresses which he initiated in the early 1990s firstly as a photo-copied and posted weekly review on Thoroughbred stories before new technology sped up its arrival into our "web-boxes".

Brian - along with three sisters, were born into a farming family being raised on a sheep and cropping property "Penzance" near Trundle when their only means of transport was a horse and sulky.

Of course, Brian was handsomely rewarded when he tipped and backed Prince Of Penzance at huge odds to win the 2015 Melbourne Cup. 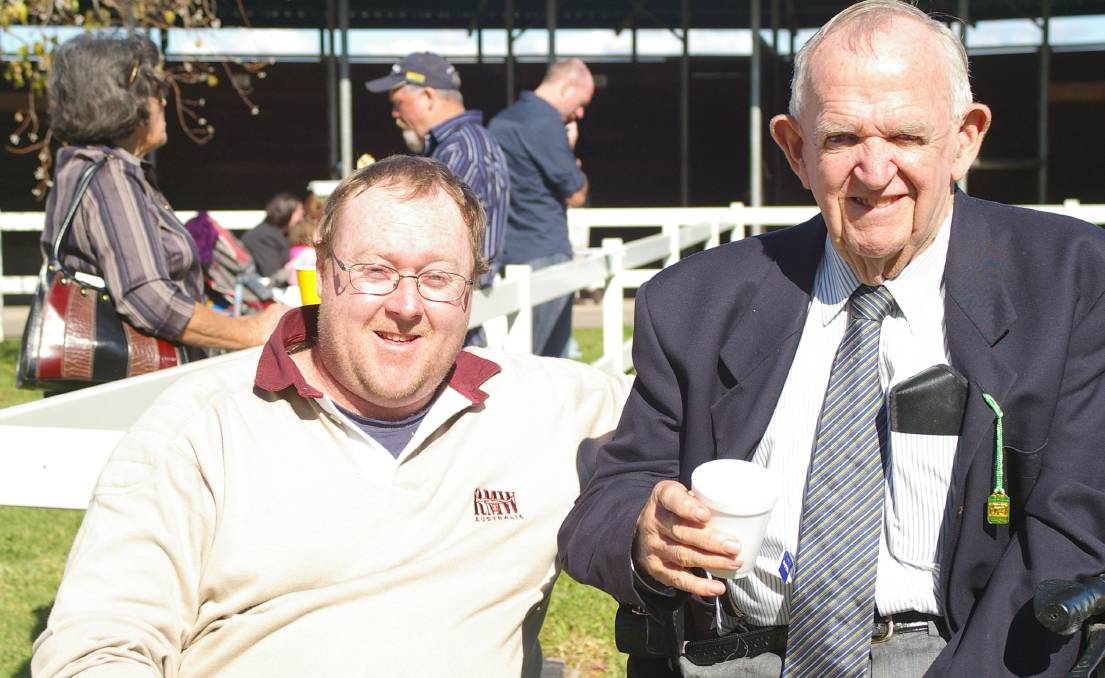 Ian Russell (also a racing journalist) and his Dad Brian at the Scone Cup races in 2008. Photo Virginia Harvey..

Horses factored in his life from an early age, from riding ponies as a kid to working as a jackeroo on a central Queensland cattle station.

Brian told me that he would have a go at any sport which included horse-riding, rugby league, cricket, golf, however said he was good at none of them.

His writing career was initiated in Brisbane when landing a job in an advertising agency, before moving to Wyong to work for the Wyong and Tuggerah Lakes News, which led to a sub-editor position on agricultural weekly NSW Country Life in the early 1960s.

At the latter post, Brian cemented his Thoroughbred writing interests when he became the NSW Country Life's producer of its stud and stallion section.

He often talked about the times when he "did not go to bed for three days and three nights," when one of his massive sale or stallion features was about to go to press.

Brian's face became familiar when frequenting countless stud farms and varying State auctions, and played a major role in the promotional launch of the inaugural Magic Millions Yearling Sale on the Gold Coast in 1986.

Since the early 1970s Brian was seen with walking sticks or an assistance walker an advent he blamed on a mosquito bite he received on a return driving trip from the Adelaide sales when he stopped near the Murray River. 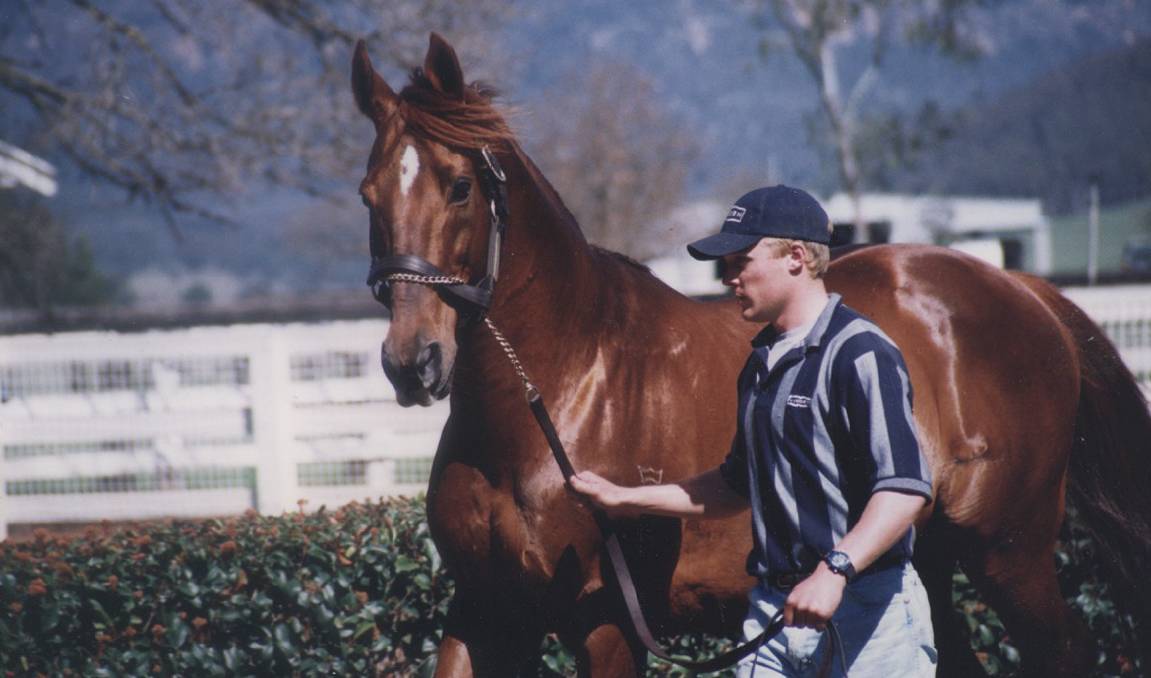 A paralysis Illness followed - encephalitis, Brian spending the next eight months in hospital. However, he did not stop writing. Brian said he was surrounded by books, his type-writer and transistor radio.

In the following years the magazine (renamed The Australian Bloodhorse Review) evolved into a major and sought-after source of information, which led to a partnership Brian formed with Thoroughbred enthusiast Andrew Reichard.

In the early 1990s Brian sold out to his partner, and up until recent times contributed to its content and which continued under the magazine's new name, "Bluebloods".

Brian's perseverance and dedication led him to receive many accolades, and which included life membership of the Muswellbrook Race Club (and the Wyong Rugby League Club) and industry awards via Thoroughbred Breeders NSW and the Hunter Thoroughbred Breeders' Association.

Through adversity and courage Brian was eager to write about everything involving the industry.

Whether it was champion sires, studs, people, or the virtues of "backyard" stallions or small-time hobby breeders, Brian took delight on producing a literary product that would be read by thousands of viewers either via his email service, or on industry related websites that he contributed to.