Rigney Rural transitioned to a predominantly Angus herd in 2006.

The Rigney family, trading as Rigney Rural, transitioned to a predominantly Angus herd in 2006 due to the breed's outstanding performance in the family-owned feedlot, a critical component of their mixed agricultural enterprise.

Ken and Lyn Rigney are on 8095 hectares at Dunbarr, Weengallon, which is where the 1000-head feedlot is situated.

The majority of the grain used in the feedlot comes from the 4000ha cropping operation on a total of 7650ha at Myall Plains in Nindigully, 30 kilometres west of Dunbarr, where Ian and Sally Rigney live.

The family also own trucks for use in their log transporting arm of the business.

Dunbarr was purchased in 1963, and comprises red loamy undulating country with some ridges with a high population of Kurrajong trees with some grey soils with Yarran timber.

Myall Plains (purchased in 2006) is predominantly Myall country with a sand ridge running through the middle with Moonie River Leopardwood country to the east.

The Rigneys used to run a Santa Gertrudis and Hereford-based herd and have been crossbreeding these breeders with Angus bulls, which is in turn providing good results with weight gain and ease of calving. 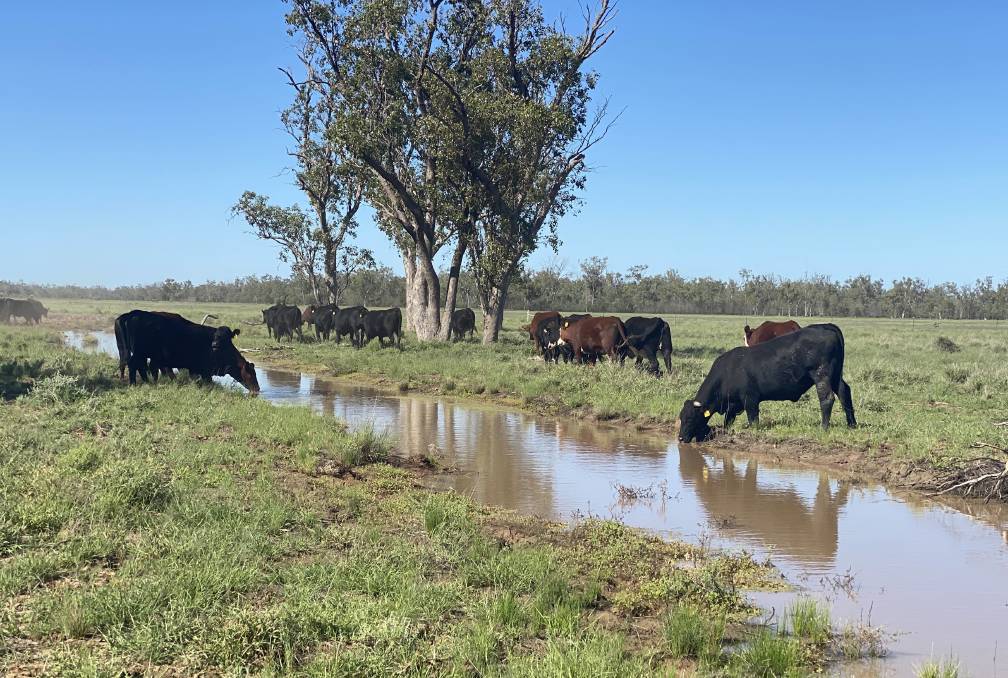 Fertile: Ian Rigney said the family values the cross-bred Angus's fertility traits with their superior ability to get in calf after dry times.

"Any Angus-cross benefits all aspects of meeting the long list of feedlot specifications," Ian Rigney said.

"We also value the cross-bred Angus's fertility traits with their superior ability to get in calf after dry times," he said.

"The Angus Society has been proactive in branding their product and the animals live up to the expectations from paddock to plate."

Through the feedlot, Rigney Rural has been supplying Woolworths for 35 years. At Dunbarr they produce a B-double of finished cattle for the domestic market each fortnight, supplying about 2500 cattle to Woolworths annually.

"We contract feed for Woolworths and focus our efforts on meeting their tight grid specifications. The cattle go into the feedlot at 320kg to 340kg and are predominantly 70-day cattle. We have a strong relationship with Woolworths and enjoy the consistency and reliability of focusing on one market."

In the feedlot they've fine-tuned their feeding operation to maximise daily weight gain and minimise cost.

Their feedlot nutritionist Toby Doak, from Alltech, has added powder-form Alltech products, Yea-sacc and Actigen, to the feedlot ration in the feed mixer.

The live yeast, Yea-sacc, is added at a rate of 10g/head/day at a cost of 12c/hd/day. The pathogen binder Actigen is only used in the starter ration, costing 15c/hd/day.

"At Dunbarr we feed a barley-based ration consisting of 82pc grain, 10pc cotton hull pellets and 4pc oat hull pellets. The 2pc/tonne of vitamin/mineral concentrate, Beef Up, is also supplied by Alltech.

"The steers and heifers are calculated to eat about 3pc of their body weight for a 1.95kg daily weight gain.

"The adoption of the additives has resulted in cattle moving from the starter ration to the finisher ration at eight to nine days, compared with the previous 14 to 18 days."

In the operation bulls are joined with the females from December 1 for three months.

"We are very strict on culling empty cows, which is why the breeding herd's fertility rate sits as close to 93pc. 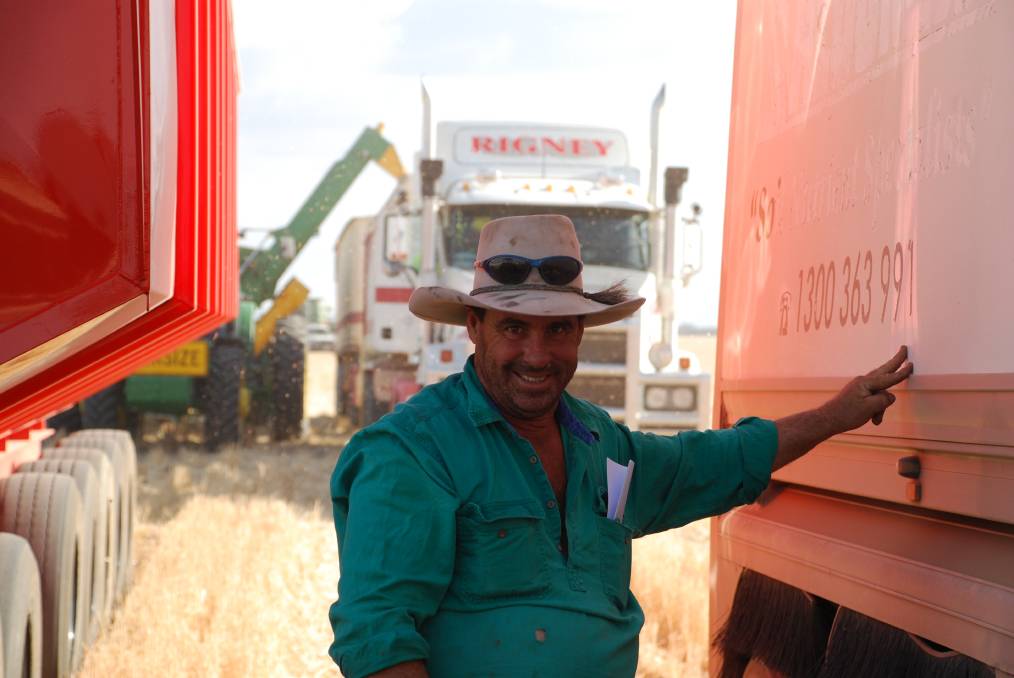 Grain supply: The majority of the grain used in the Rigney Rural feedlot comes from the 4000ha cropping operation on Myall Plains where Ian (pictured) and Sally Rigney live.

To strengthen their Angus genetics the Rigneys have been buying bulls from Darren Hegarty at Carabar Angus since the family first saw them at the multivendor Balonne Invitational Bull Sale, which they hosted at Myall Plains in 2008.

"We've been impressed by the Carabar bulls' suitability to our environment, good temperament and high longevity rate. We like the way they hold their condition as they transition to the paddock as you can be sure what you see is what you get.

"Our progeny has consistently improved in relation to structure and performance over the years with our focus on using Carabar genetics.

"We enjoy dealing with Darren Hegarty because he has proven to be a man of integrity and we've developed a very trusting relationship.

"We also appreciate his constant drive to improve his genetics, which flows through to our herd."