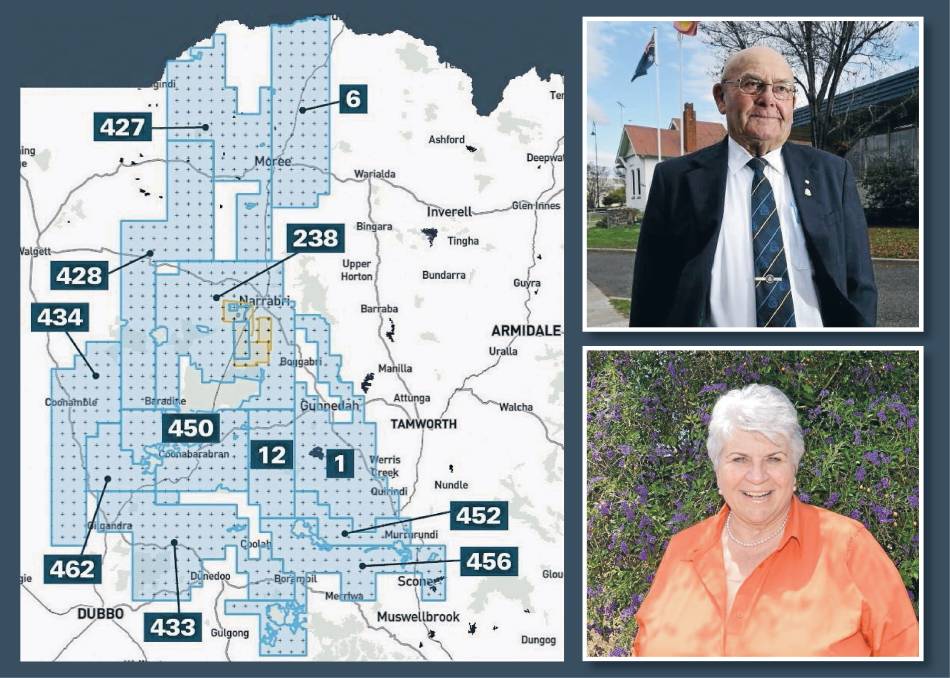 The council's decision comes after both Santos and Comet Ridge, which jointly own three zombie PELs in the shire, applied to renew the PELs last year, after the Narrabri Gas Project was approved.

"We're not shy in coming forward with what we think is best for our community," Moree Plains mayor Katrina Humphries told The Land.

"What we are looking for is to get these sleeper licences expelled because they pose a great amount of uncertainty and pressure to landholders.

"People don't like living in uncertainty and they want some support to be able to continue on with their investments, infrastructure and their succession planning, but that's very hard if you've got one of these PELs hanging over your area."

Moree Plains is among many shires across the state such as Liverpool Plains, Warrumbungles and Dubbo that have taken an official stance against gas exploration and renewing the zombie PELs.

The sentiment helped pave the way for NSW Agriculture Minister and Northern Tablelands MP Adam Marshall, whose electorate includes Moree Plains shire, to call for the zombie PELs to be cancelled in October last year. However, Cr Humphries said as far as she was aware, the state government was still yet to act on extinguishing the zombie PELs.

"I don't know whether our position is influencing the government or not because they are playing their cards pretty close to their chest," she said. "I'll never pre-empt something the state government does but I just think there is better sources of energy that suit our shire.

"I'm not anti-gas as such, but I believe it has to be in the right place and in my opinion, you shouldn't have coal seam gas development in your prime agricultural areas, it's just not smart."

"For the sake of everyone's future, I hope the Deputy Premier (John Barilaro) releases the gas plan soon because I think everyone needs to have a clear idea of where we are going and while I'm not sure where that's up to, I'm hoping it's released soon."