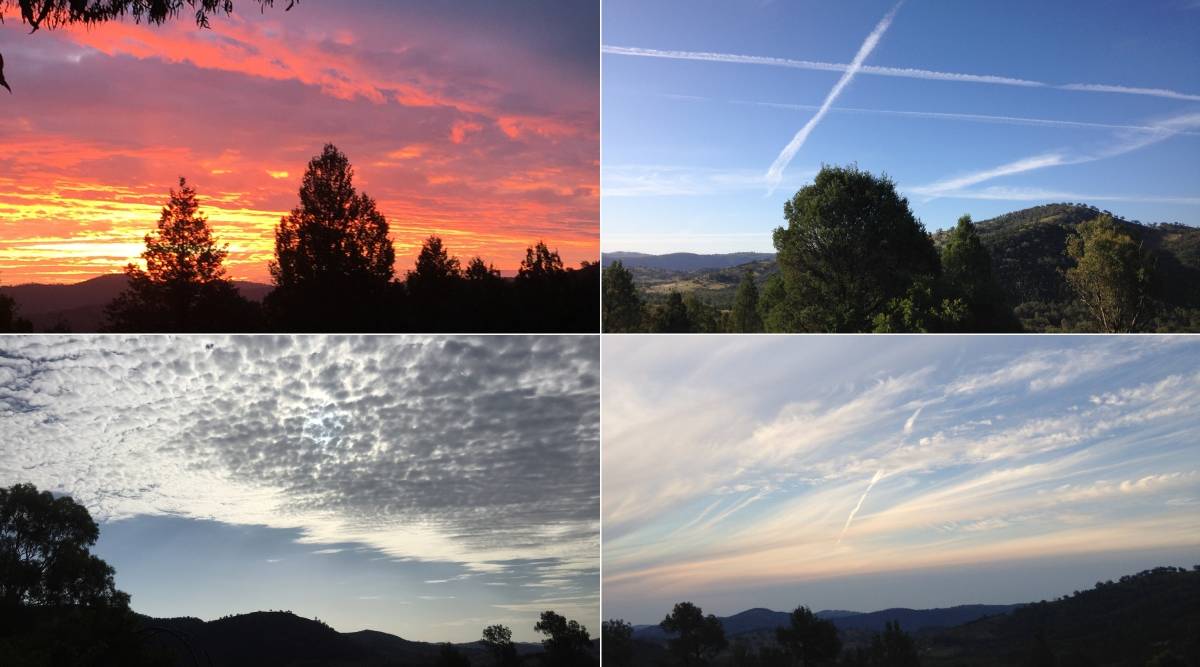 CHEERS: Bottoms up as the sun goes down and watching the jets go by over Central NSW.

Ross Pride has two very different flight paths over his home at Billagal.

We live under a couple of flight paths.

Hundreds of white cockatoos squawk over the house in the morning, heading up the valley for a feed, and do it again coming home in late afternoon. That's one.

The other is big jets going over at 33,000 feet or so, usually on the Brisbane-Adelaide run.

Down here there's no more than a faint hum, so we don't have to turn up the TV or shout to be heard.

Nowadays, with one state or another seemingly always in semi-lockdown, flights aren't frequent.

It's 33,000 feet, not 10,000 metres, because in aeronautics speak 'feet' is the standard until the US, alone in the developed world, puts its mind to going metric.

Here, if two planes are flying in the same direction at the same altitude, they are required to be about five miles apart (nine kilometres) and if they are going in opposite directions they're also separated vertically by 600 metres, I mean 2000 feet.

From our vantage point on the veranda we watch the thin vapour trails (contrails) slowly becoming wide and fuzzy; on some days they disappear almost immediately, seemingly just a couple of centimetres behind the little silver dart glinting in the sun.

I have just acquired an excellent time-waster app that can tell you not only the airline, registration number, exact height and speed of the plane above you, or anywhere in the world, but also its make, date of manufacture, years in service, a full history of its flights, and once I've mastered it, probably the captain's name and colour of his or her eyes.

Speaking of time wasting, viewing a good sunset with something suitably refreshing in hand is a preferred activity around here, and the jets' contrails are a bonus.

A wise man of a more philosophical inclination than me wrote that beautiful sunsets need cloudy skies.

What of the much more ancient rhyme - two thousand-odd years old, they reckon - used for rule-of-thumb weather forecasting:

Making use of that advice is beyond me, as there are versions that swap one or both of the words 'shepherds' for 'sailors'.

Best not to over-analyse this sunset business.

We'd rather just sit back and enjoy the cockies, the jet trails, and the occasional cloud as the sun sets. Cheers.