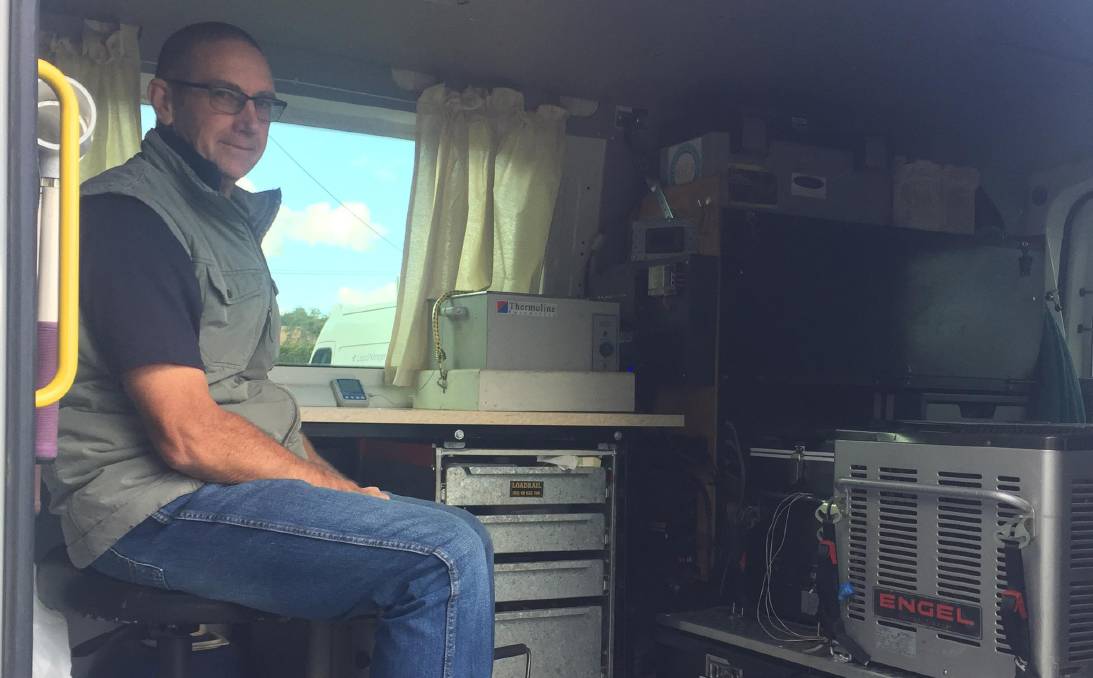 Beef breeding technicians have kicked off their 2021 programs with a bang.

Beef breeding technicians have kicked off their 2021 programs with a bang, on the back of record-high commercial cattle prices and a strong season.

"Commercial producers are rebuilding their herds after drought and purchasing Queensland cattle with Bos indicus content.

"Many are joining these females to black Angus to value-add and want to get calving over with in a very short space of time for a quick cash return," he said.

He said synchronisation of ovulation would shorten calving seasons and reduce post-partum anoestrus, improve fertility and create a more uniform line of calves.

"We operate on the benchmark of 50 per cent of heifers and 60pc of cows conceiving from AI," Mr Brown said. "If our client has back-up bulls available, we'll then introduce them for a period of six weeks."

Mr Brown said that by synchronising ovulation of the herd using progesterone devices and other cattle fertility treatments, 50pc of calves would be on the ground in the first seven to 10 days of calving.

"If calves are putting on one kilogram per day, naturally they will have much higher weights at weaning to those born later in the season," he said.

"With beef sitting at about $7/kg these are significant gains for the commercial producer."

"In traditional heat detection programs, producers might ride the herd for three weeks before yarding the cattle and beginning AI treatments," he said.

"Fixed-time technology removes all of this. It's also become very cost-effective.

"We routinely put cattle through an AI program at $35 per head, drugs and all."

Northern Artificial Breeders technician Brendan Coonan, Scone, NSW, agreed there were gains to be had with fixed-time AI.

He said today it's easy for commercial cattle producers to have it better.

"Beef is money, and AI lets producers unlock world-class genetics at a fraction of the cost of purchasing the best bulls.

"AI technology has always been critical to seedstock producers, but it's now becoming more and more popular for the commercial cattle group looking to improve genetic potential and the fertility of their females."

From his base at Scone, Mr Coonan also conducts morphological testing of cattle semen and collects, processes and stores samples from across the state.

Artificial insemination has always been critical to seedstock producers, but it's now becoming more and more popular for the commercial cattle group. - Brendan Coonan

Mr Coonan has more than 250,000 cattle semen straws in storage and said collection and testing was the greatest insurance a producer could have.

"Compared with the costs of insuring a bull, collecting their semen just makes sense," he said.

"Genetics will continue long after the bull is gone. Even the performance of a sire might be different from one season to the next.

"The morphology of semen can be affected by heat stress, injury or illness up to eight weeks after the event.

"A semen store provides predictable outcomes for the many seasons ahead."

Mr Coonan said surveys of sale bulls by renowned beef cattle consultant Bob Freer had shown that 10 to 15 per cent of sires had unsound or questionable fertility.

"Unfortunately, testicular size alone does not indicate fertility and professional testing is always advised," he said.

Mr Coonan said there was plenty of money in beef.

He said that overall, fixed-time AI led to improved fertility and quicker returns to calving.

"As the recipient females are all calving down within a tight time-frame, they have a longer time to recover and begin cycling again.

"Fixed-time AI also results in more maiden heifers calving on or before Day 21 of the calving interval, and research suggests this makes them 13 per cent more likely to remain in the breeding herd at mature cow age."

He said the most important factor to any successful AI program was nutrition.

"Its critically important that for the three weeks before an AI program, and for four weeks afterwards, recipient females are in a positive energy balance with a rising plane of nutrition," Mr Coonan said.

"Without optimal nutrition, cattle will tend to abort a young pregnancy.

"Good pastures with plenty of trace elements are best."

"The cattle market is buoyant and many are looking to increase their bottom line after years of hard drought," he said.

"I've worked as a breed tech for 19 years now, and I've never looked back."