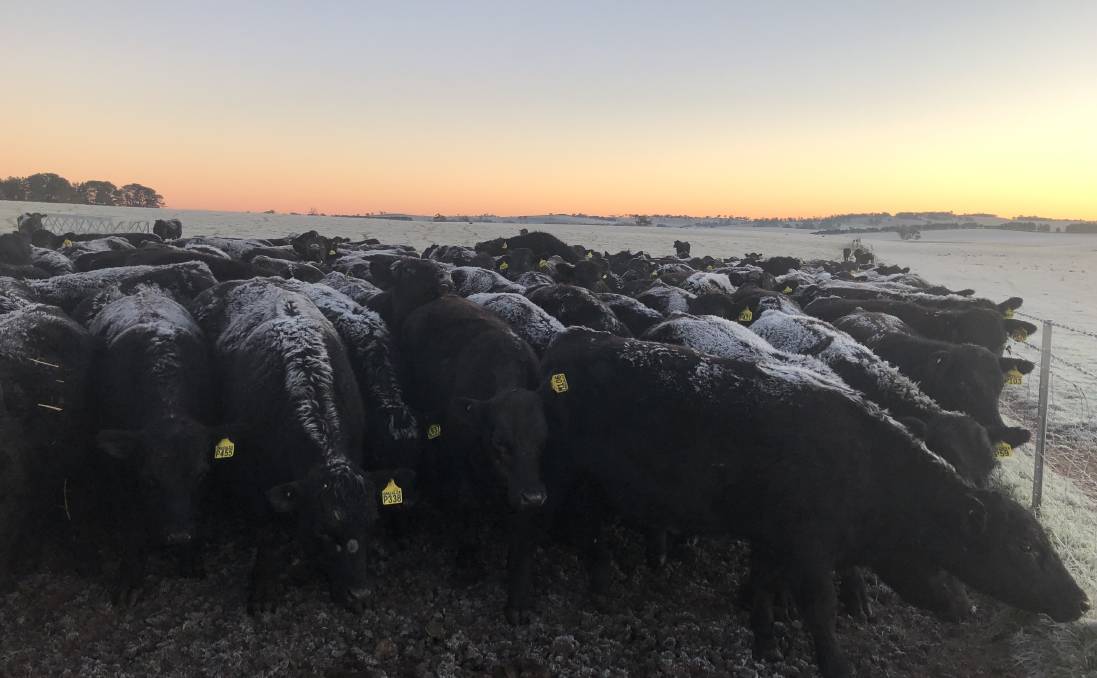 A five-year business growth strategy based on changes in cattle breeding management and improving grazing systems, water infrastructure and pastures has led to a doubling of stock numbers at Craiglea Pastoral.

The beef cattle breeding, grazing and finishing operation, owned by a group of Australian and Italian families for four decades, is one of the biggest agricultural holdings in the Central Tablelands of NSW.

The properties carry 2200-head of purebred Angus breeding cows and an opportunistic sheep trading operation of up to 3000-head when seasonal conditions are conducive.

Cattle is the main game, and the plan is to keep expanding this enterprise by building stock numbers, boosting herd fertility and production and lifting stocking rates through soil and pasture improvements.

He said the system was based on a strict spring calving to most optimally match the livestock requirements with the pasture feed growth pattern.

This allowed for the highest possible sustainable stocking rate with minimal supplementary feeding in an average season. 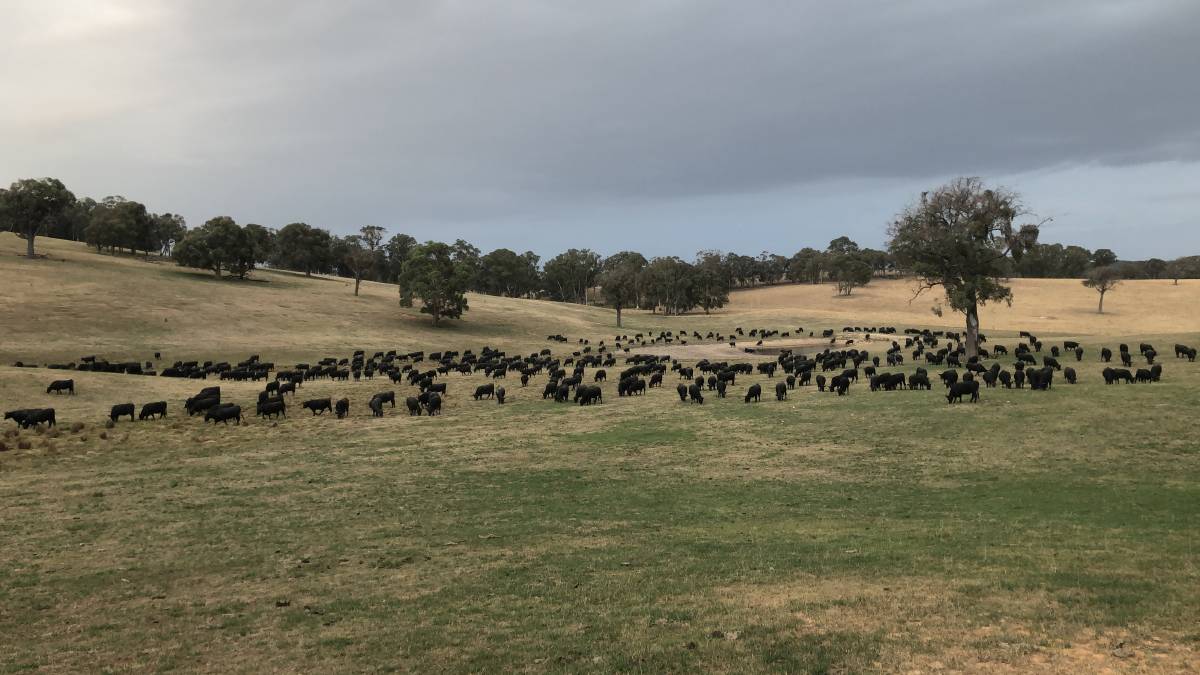 ROLLING HILLS: The Tablelands environment lends itself to pasture improvement on fertile soils.

Maternal traits have been the number one focus when it comes to bull selection.

"And we want progeny growth and the right carcase quality traits."

Mr Armstrong said all females were pregnancy tested, with no second chances allowed, and average conception rates were about 95 per cent of animals joined. This aligned with weaning rates of 91pc to 92pc of cows joined.

He implements a large-scale, fixed time Artificial Insemination program for Craiglea Pastoral that involves 1100 to 1200 heifers each year.

"Undergoing such an aggressive breeding numbers growth strategy in the past five years, using the AI program over a large percentage of our heifers has been the key to significant expansion of herd numbers and quality of genetics" Mr Armstrong said. 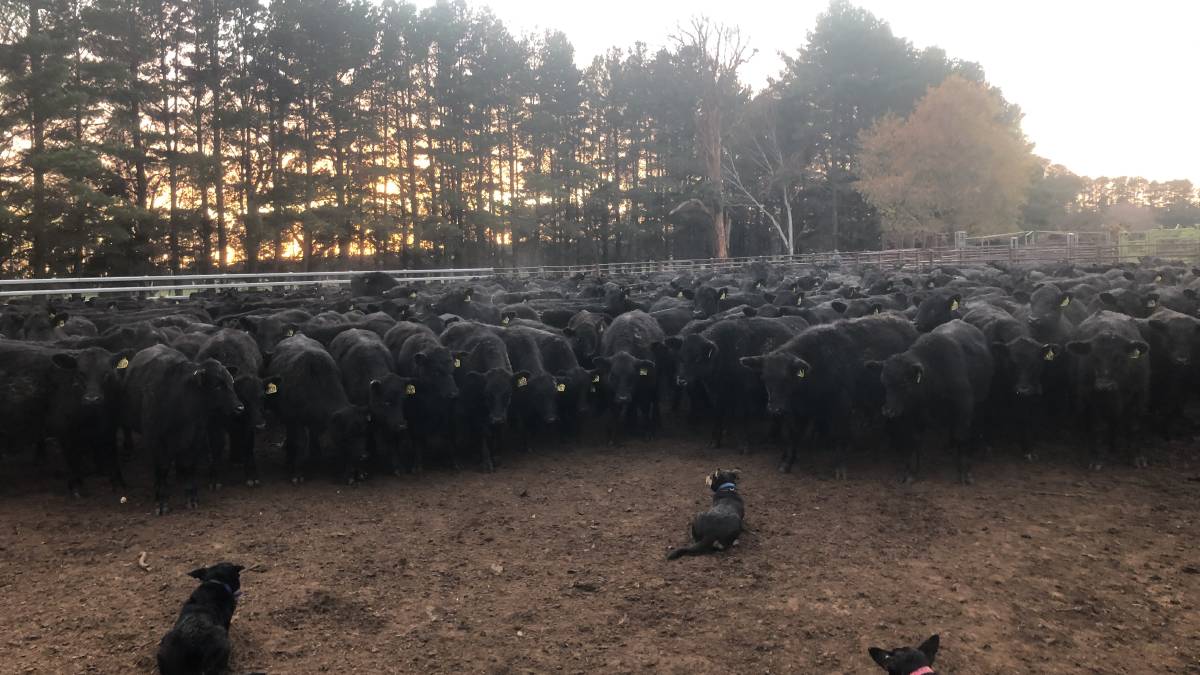 "If we are doing our job right, our maiden heifers should have the highest quality genotype and phenotype within our herd.

"So, it makes sense to us to have the ability to join these to some of the best genetics in the world through AI.

"The big benefit is the exponential growth in genetic quality of the female progeny, which become our future breeders.

"The performance of AI steers on-farm and through the feedlot is a bonus."

Since 2016, about 3100 females have gone through the Craiglea Pastoral AI program successfully, and the plan is to continue building the numbers in future.

"It's an intense week, with up to 480 to 500 heifers calving at once and keeps us on our toes," Mr Armstrong said.

"The concentrated calving period of the AI means we get higher weaning weights from our heifer calves, and we aren't checking 680 heifers for six weeks - so it's a win-win.

"In the future, it will hopefully also give us another marketing option as peak numbers are reached and we have excess PTIC cows to sell into a high-demand market."

The first-calving heifers are separated into sire mobs and progeny individually tagged to enable key performance data - such as weaning rates and weights, growth rates, fertility and carcase quality traits - to be tracked across their lifetime.

Kilograms of beef produced per hectare is the main profit-driver of the Craiglea Pastoral commercial Angus operation.

During the period of building-up breeding numbers, carrying steers through to feeder weights of about 480-500kg has been the most appropriate marketing strategy to maximise production per hectare and marry-up with seasonal high growth and quality feed use.

Typically, steers are sold to feedlots from September to December at 13 to 16 months of age.

The bulk are put on feed for a minimum of 200 days and destined for the Japanese market.

Heifer progeny that are not successful in the AI or back-up bull program are sold, either to feedlots or meat processors, at weights of 450kg to 600kg, respectively and depending on season, at 16 to 18 months. 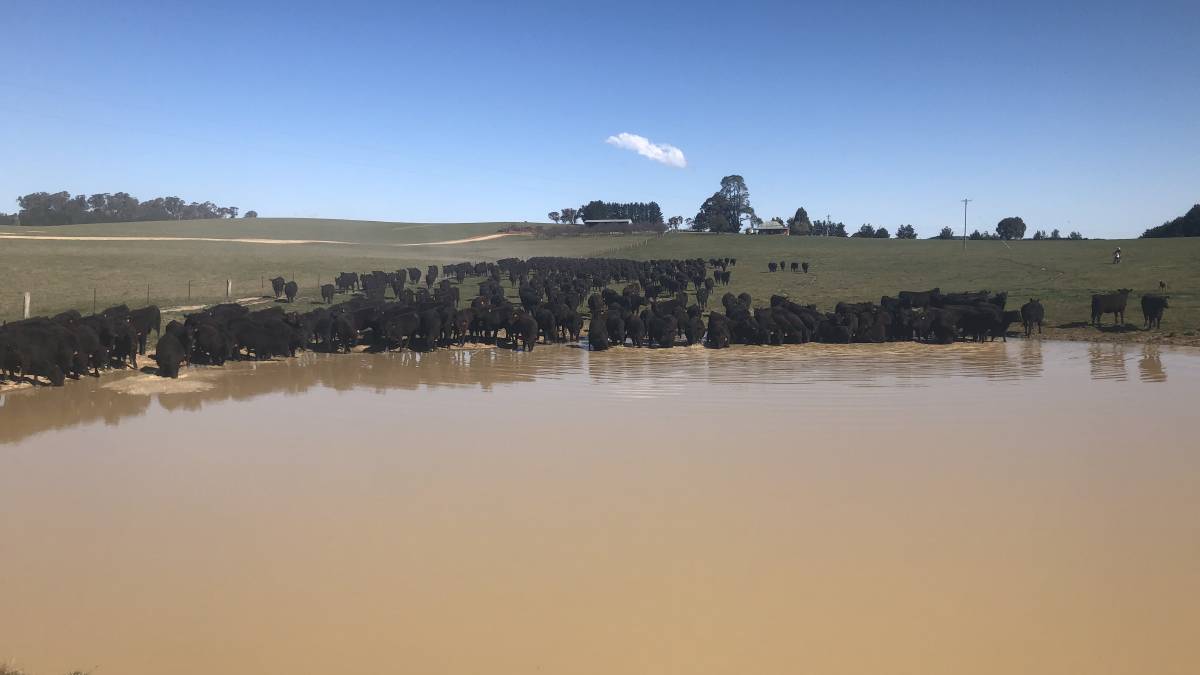 "There are strong signs of performance from AI progeny and younger cow progeny," he said.

"Marbling, in particular, has been a big focus for us in the past five years and we have made some significant gains in this trait across our bull cohort and semen selection for the AI," Mr Armstrong said.

"We believe that we are just starting to be adequately rewarded financially for high marbling cattle, and we want to be in the best position possible to receive the premium price.

"Our selection parameters allow us to run a high performing, fertile cow at high stocking rates through a tough winter, produce progeny with high daily weight gains and provide a top quality carcase to meet a range of markets."

About 3000 tonnes of hay was fed out during the drought years but, typically they rely on production from a 700ha winter cropping program to cancel-out any supplementary feeding during the winter.

"The winter cropping program has allowed us to significantly increase production of unimproved and lower performing paddocks and provide feed when we most need it during our harsher winter months," Mr Armstrong said.

"Simultaneously, we are cleaning up paddocks and getting the soil fertility to where it needs to be prior to establishing permanent pasture. 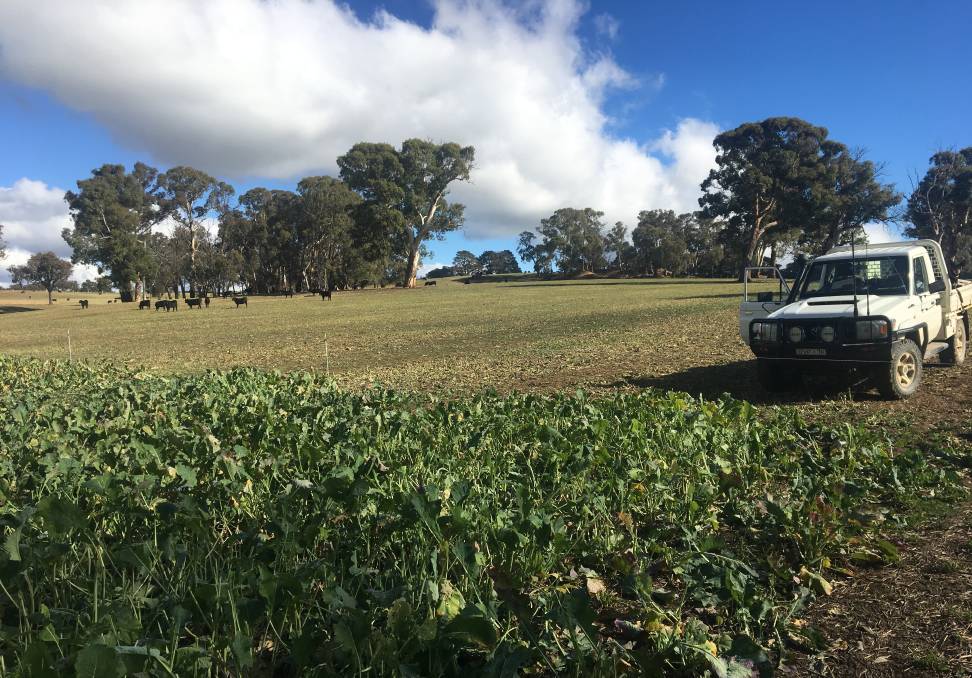 MOVING ALONG: There is an extensive pasture improvement program and introduced rotational-type grazing management

A mixed grazing management strategy is used throughout the year.

Cows are set stocked during the calving period, and then gradually combined back into age groups into the spring/summer and run in mobs of 180 to 250 cows and calves during periods of high pasture growth.

Mr Armstrong said in future they had plans to drop the average paddock size from about 70ha to 35ha to increase grazing pressure, where possible and especially on cropping paddocks.

He said electric fencing was used for cheap and quick reductions in paddock size.

"Where watering points don't allow this, we run the biggest mobs able to be comfortably handled," he said.

"This manipulates a high pressure stocking rate on pastures and crops, and keeps pasture growth within the ideal phase two - also allowing for longer recovery periods."

Making use of technology

Craiglea Pastoral has adopted the benefits of electronic tag identification and uses this technology to individually track animal performance from weaning all the way to individual carcase feedback.

"We are big on using as much independent data as we can in our genetics selection, animal performance and pasture and feed analysis," Mr Armstrong said.

"This starts from the ground-up, in terms of using technology to measure data and then basing decisions on that information going forward.

"For example, in conjunction with the business owners, we've developed a comprehensive spreadsheet that intertwines a livestock location map with measuring the amount of feed a mob takes off a paddock based on their DSE rating and time spent in paddock.

"This has been a game-changer in identifying the key factors in paddock performance - whether it be pasture species or density, soil nutrition, soil type, paddock size, watering points and water quality or grazing management.

"We can work out the best performing paddocks and why they are producing the best results.

"We then implement these improvements and strategies to our lower performing paddocks to further increase pasture production and beef production into the future."