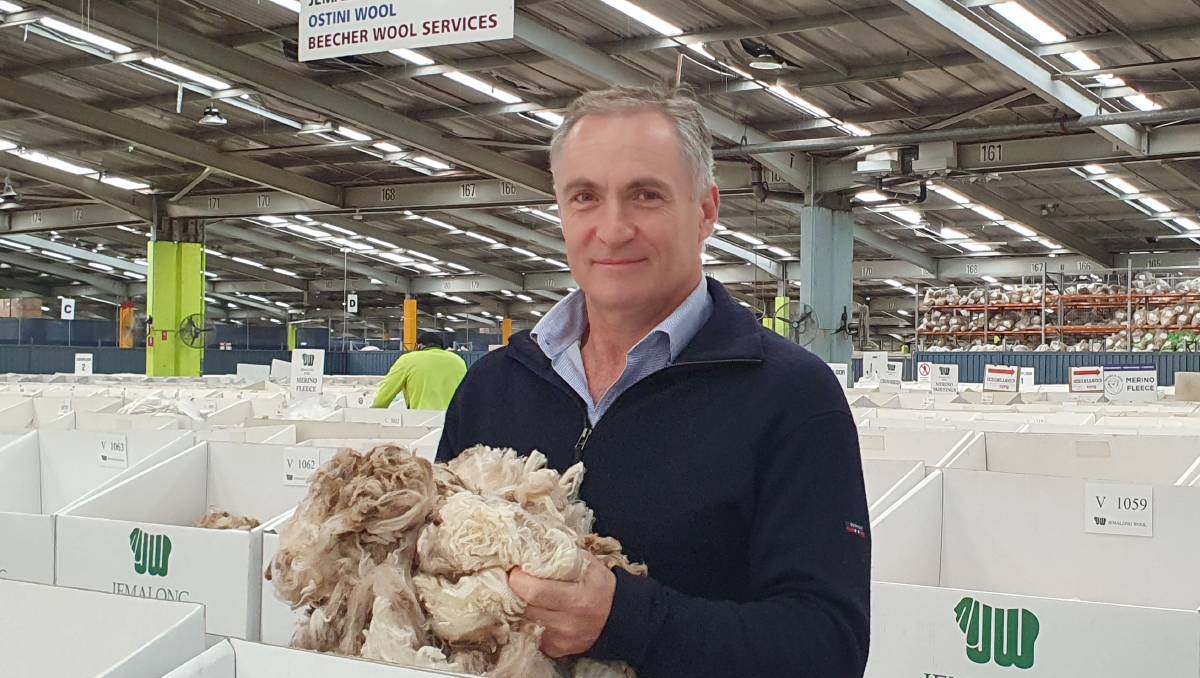 Tim Marwedel - "The percentage of wool in Australia that is produced without breech modification is still very low." Photo: supplied

During the past decade, the wool industry has hotly debated the mulesing issue.

But what is the reality of market perception?

That was the subject of Tim Marwedel's address to the recent webinar hosted by the Pooginook Merino stud, Coleambally - The journey to no breech modification.

The managing director of Schneider Group is closely involved with sourcing, processing and supplying wool and natural fibres along their in-house supply chain to assist their customers in producing sustainable, fully traceable and high-quality product.

"The percentage of wool in Australia that is produced without breech modification is still very low," he said.

"Many would say it is unacceptably low but we understand the difficulties and challenges Australian producers have.

"It is unfortunately creating a negative view of the Australian industry and that is something I find personally distressing as i have family and friends who are producers and I know the welfare of their animals is their business."

Mr Marwedel said the notion Australian woolgrowers care less for their sheep than other countries producing wool is 'just ridiculous'.

"It is an unfortunate perception centred around the mulesing debate," he said.

But how can woolgrowers overcome that consumer perception and is their any decided reluctance from wool buyers to purchase wool from breech modified sheep?

"As a processor and trader of wool, it is not for us to tell you how to care for your sheep - you already do that very well," he said.

"But the market will decide what's acceptable and the best we can do is communicate with you."

Mr Marwedel noted the European and US markets along with those retailers with a global brand are closely focused on their producers through the supply chain.

"There is no doubt, breech modification is a part of this discussion," he acknowledged.

"Wool has a market share of about one percent of the global textile market and the global brands are heavily focused on their customer expectations."

Mr Marwedel pointed out the global brands want to be associated with best practice and the situation with COVID-19 has only accentuated that concern.

Issues such as human welfare and environmental impacts are just as important for those global brands as the welfare in the production of the raw materials they are sourcing.

"The story of mulesing or breech modification in broader terms has been around for a long time," Mr Marwedel said.

"Our clients, particularly in Europe are demanding not only certified non-mulesed wool, but they're also looking for some form of QA standard that touches on those other issues such as human welfare and environmental impacts."

To assist with those concerns, Mr Marwedel indicated his focus on the Authentico Quality Assurance Program, where the best efforts of wool growers are being promoted.

"We wanted to recognise the high standards that are already in place or in legislation in this country," he said

"Within Authentico we're actually building a group of farms that are certified to the standards set by the Textile Exchange, called the Responsible Wool Standard.

"It's quickly becoming the global standard that is being accepted by the brands."

Mr Marwedel noted through the use of these standards, wool buyers have the security of knowing the wool they purchase on behalf of their customers meets the highest standards of production.

"The good thing is that it it is a 'pull-through' demand rather than a push from the production level," he said.

"The purpose is really to increase the supply of wool that meets those standards."

Mr Marwedel acknowledged Australia has lost some market share of the global wool market to other countries who don't mules, but that is the harsh reality regardless of quality.

"It's related to mulesing," he admitted.

"But the other countries should be collaborating with us - it is our wool market which sets the tone.

"But there is fantastic demand for Australian wool and the work done by AWI over many years to promote wool is well recognised.

"We're excited by the prospects but we need to keep moving with the times and consumers will drive that."