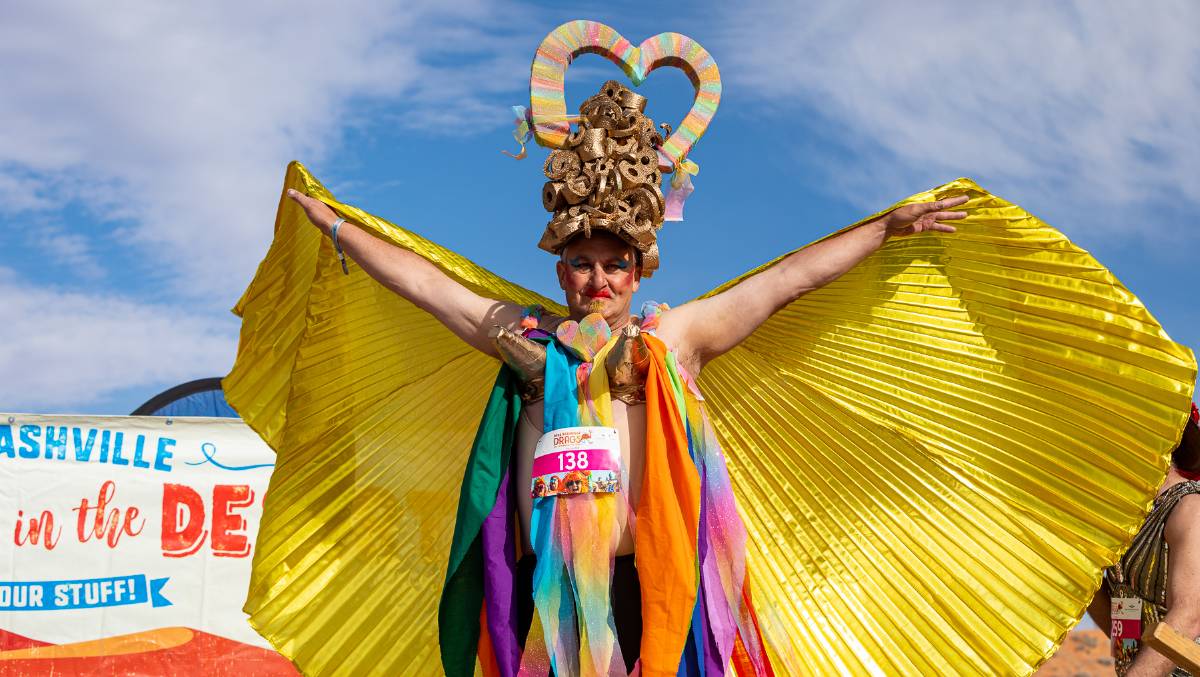 It's the annual Birdsville Big Red Bash - and not even COVID can put a stop to this outback Queensland staple in 2021.

The three-day Simpson Desert music festival has seen the biggest crowd in the event's history, with close to 10,000 festival goers rocking the desert in a massive 1.3 million square metre site, and a concert arena the size of nine footy fields.

Big Red Bash founder/organiser and Managing Director of the Outback Music Festival Group Greg Donovan said the buzz out there was is absolutely incredible.

"There is relief and jubilation - and we're living proof that a major festival can be staged in Covid times with the right procedures and safety protocols in place," Mr Donovan said.

It's a new way of doing things, but we're showing it can be done. It's been an absolute roller coaster ride to cross the line on Day 1 - but seeing the excitement and happiness of performers and patrons alike it's been totally worth it."

The enormous size of the concert and plaza area allows 6.3 square metres for each ticket holder - with widened walkways and large 90 square metre campsites also part of the plans that allow the event organisers to easily accommodate Covid safe rules and social distancing.

Day one saw crowds gather to limber up with sunrise yoga as a bag piper played out from atop the 40 metre high Big Red sand dune that provides a spectacular backdrop for the event.

The Chantoozies kicked off with their signature pop vocals, followed by The Eurogliders and their post-punk new wave stylings and blues and roots duo Busby Marou, a Big Red Bash crowd favourite.

Songstress Sarah McLeod performed her own hits as well as smashing an ACDC set that left the crowd wanting more.

Leading into the black of the outback night Aussie fan favourites The Black Sorrows echoed into the desert finishing with a closing set from Aussie rock legends Chocolate Starfish.

2021 will see Festival headliner and Aussie singer songwriter extraordinaire Paul Kelly bring the heat to the desert amphitheatre while preforming some of his classic hits in an epic two-hour set tomorrow night.

More than 400 festival goers took part in Bashville Drags on the second day of the festival, on Wednesday July 7.

The outback music festival cam alive with glitter as divas showcased their creations dripping in sequins, satin and sass to raise the roof and essential funds for the Royal Flying Doctor Service.

After all the excitement of the morning the party went on with a much-anticipated two-hour set from Aussie rock legend and festival Headliner Paul Kelly closing the concert stage for day two.

Prior to Kelly's performance patrons saw a soul set from Vika & Linda, followed by the Brian Cadd.

Next up was Russell Morris who had festival goers going wild when he belted out his Eagle Rock anthem.

Then Chocolate Starfish were followed by Ross Wilson before Paul Kelly's set.

The final day of the festival also saw see Big Red Bashers attempt to set two new world records one for the Largest Nutbush Dance and another for the Largest Twist Dance, again with all proceeds going to the Royal Flying Doctor's Service.

In 2019 more than 2300 revellers stomped up a storm while setting their new largest Nutbush Dance World Record.

The story Drags, Paul Kelly and 10,000 revellers gather in the desert | PHOTOS first appeared on The North West Star.