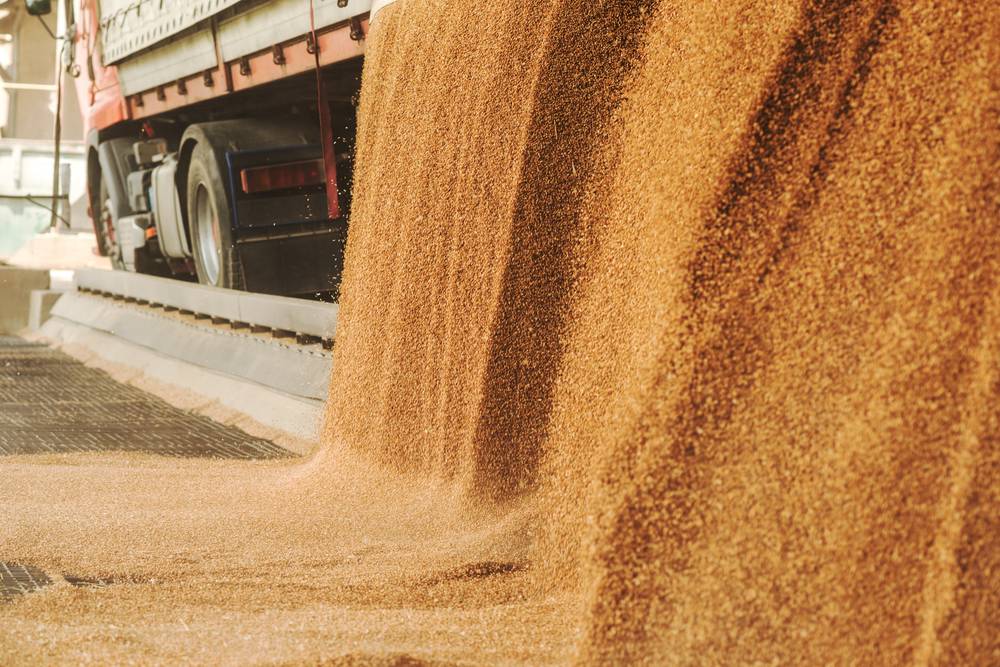 This year's winter crop production in New South Wales and across many parts of western and northern Australia is on track to break a few records this season.

NSW and vast areas of the nation are on track to break a few crop records this season.

In good news for Australian grain growers, late winter and early spring rainfall is predicted to be above average across most of the country.

That is according to the latest climate outlook overview released by the Bureau of Meteorology (BoM) late last week.

When coupled with a favourable temperature forecast, it reinforces the prospect of above average winter crop production for Australia in 2021.

One of the key drivers of weather across the continent is the Indian Ocean Dipole (IOD).

The BoM expects a negative IOD event to develop in August or September, and this increases the likelihood of above average winter and spring rainfall for southern Australia.

A negative IOD event is declared when there have been at least eight weeks below the IOD index threshold of -0.4°C.

The IOD value continued to be in negative territory last week, although it did sneak above the index threshold for the first time in six weeks.

That movement is expected to reverse as eastern Indian Ocean temperatures continue to warm relative to the west.

Most weather models have predicted the index will hover around the -0.4°C benchmark for the August to November period, before weakening slightly into the end of the year.

The El Nino-Southern Oscillation (ENSO) remains neutral, and most oceanic and atmospheric indicators suggest it will maintain a neutral bias for the remainder of the Southern Hemisphere winter and spring.

The SST over the western Pacific Ocean and south of the equator remain warmer than average, which is pushing moist air over the Australian continent.

Similarly, the Southern Oscillation Index (SOI) for the 30 days ending July 4 was 5.1.

The 90 day SOI value was 2.8 and both values are within the ENSO neutral threshold.

All of these trends are great news for winter crop production, and should provide a perfect start for next summer's crop campaign when planting starts in September across northern New South Wales and southern Queensland.

On the whole, NSW is producing a winter crop that is every bit as good as last year.

The main difference is that it was planted on time in most regions in 2021.

The biggest issue has been too much rain, particularly in the north and north west of the state where the seeding task was quite fragmented.

There may be some localised cases of excessive soil moisture, but in general the crop conditions across NSW are magnificent.

A repeat of the record yields received by the state's croppers in 2020 are a distinct possibility.

The timely start to the season, coupled with high prices at sowing time, also means the canola area has been maximised in NSW this year.

To the north, winter crop production in southern Queensland has suffered due to a series of dry seasons since the bumper 2016 harvest.

But this year may provide some redemption.

Good summer rains set the scene for a significant winter plant, and most districts have had ample top-up rain so far in winter.

The big Queensland crop - estimated to be at least double the size of 2020 production - is well advanced and, if there is a favourable spring, it could approach three times the size.

For most farmers in central parts of the state, rainfall and the soil moisture profile has not been nearly as favourable as the southern regions.

But the crop is in the ground, and there is a big bias toward chickpeas - which reportedly make up about 60 per cent of the planted area. Wheat makes up almost all of the balance.

Western Australia received more rain last week and across the weekend to add to its above average rainfall registrations received in the first half of this year.

The state's crops were planted on time and into good soil moisture - and have had wet feet ever since.

WA is a relative oasis at the moment.

It has had a 6pc increase in planted area and record production is a distinct possibility if the favourable weather conditions continue into the spring.

The picture in South Australia is not as rosy.

But the crop has been planted.

Rainfall across SA in the first three months of the year was average in most regions.

Although the state has a winter-dominant rainfall weather pattern with a summer drought, the season break failed to arrive in April across much of the state.

Then the dry conditions continued into the primary seeding month of May in most regions.

Encouraged by high grain prices, an extensive cropping program was on the cards for SA grain producers.

But the soil moisture deficit going into seeding meant hard decisions had to be made about dry sowing versus waiting for sufficient precipitation.

In general, about 25pc of the crop was planted dry and the balance went into the ground in late May and June when enough sowing rain arrived.

The late break dealt a big blow to canola planting intentions, and wheat was the big winner.

The Murray Mallee area of SA is the big exception, as it has remained dry and crop plantings are down as a result.

This has been a similar scenario across the border in the Victorian Mallee and western Victoria, where the season was extremely dry until planting rains arrived in June.

The crop there has now been sown, but the region is a good three weeks behind its typical progress due to the dry start and delayed plantings.

Crops in the central and eastern parts of Victoria are in much better condition.

Similar to SA, all of Victoria requires above average rainfall during the next three months to produce average yields.

The pace of exports season-to-date, the export stem for the final three months of the 2020-21 crop year, domestic demand and some recent projections about east coast carry out certainly support a number much higher than the final Australian Bureau of Agricultural and Resource Economics and Sciences (ABARES) estimate of 33.3 million tonnes.

Given NSW and WA are in such good shape, a wheat crop with a three handle is on the cards again in 2021.

Strong prices leading into the canola planting window and a good soil moisture profile in most key growing regions have bolstered the estimated planted area by as much as 30pc this year - to almost three million hectares.

Applying the average national yield for the past decade would mean canola production could eclipse last year's record 4.28 million tonne-harvest. If there was a repeat of 2020 yields, production would approach a staggering 5.5 million tonnes.

The crops in Victoria and SA may be lagging their long-term averages for this time in the growing season, but reports from many farmers in NSW, WA and southern Queensland indicate they have never seen their crops looking so good.

Add an extremely favourable three-month forecast, and 2021-22 winter crop production in Australia is on track to break a few more records this season.