Agronomists are finding winter legume seed bank re-establishment is poor to mediocre so far this year due to dry April/May. But late emergence has occurred since June. 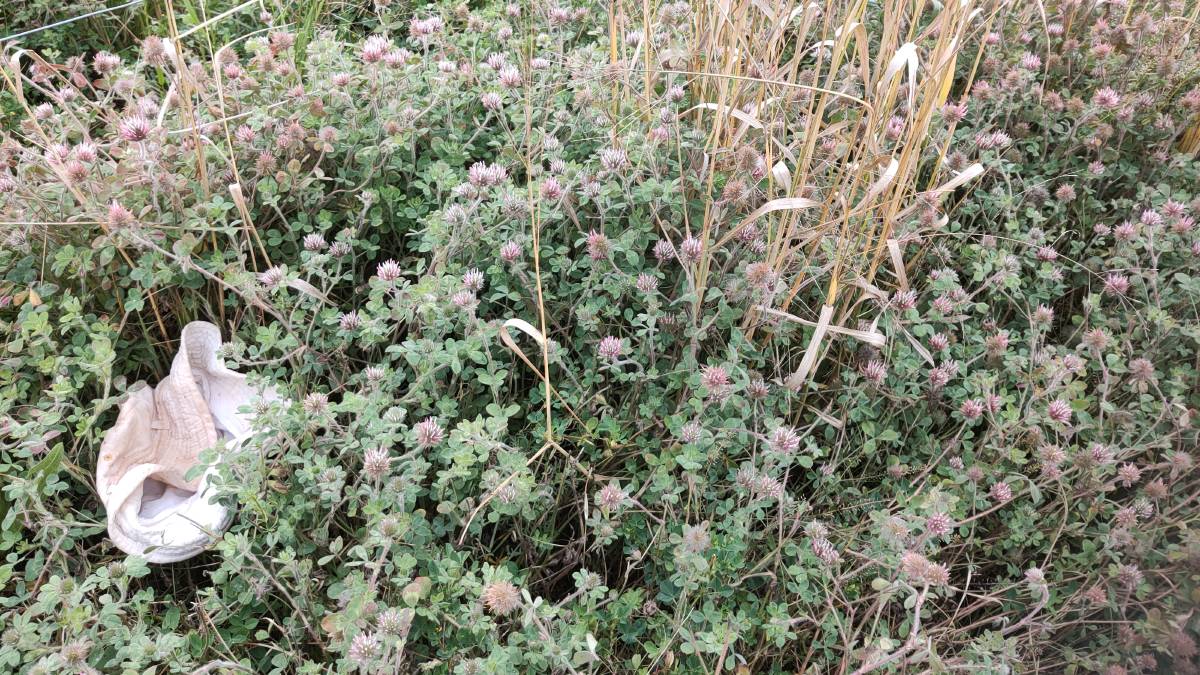 Rose clover, one of several hard seeded winter legume species. With light and late germinations common this year it is important to manage carefully this spring to ensure good seed set.

FOR a variety of reasons re-establishment of winter legumes this year have commonly ranged from poor to mediocre. Sometimes a better late emergence has occurred, resulting from June onwards rains.

Aiming to maximise seed set from thin stands and late developing ones is therefore important to help ensure a good soil seed bank for next and future years.

A good summer with often heavy residue from profuse summer grass growth, both native and introduce species, is likely to have contributed to poor and later than expected winter legume establishment. 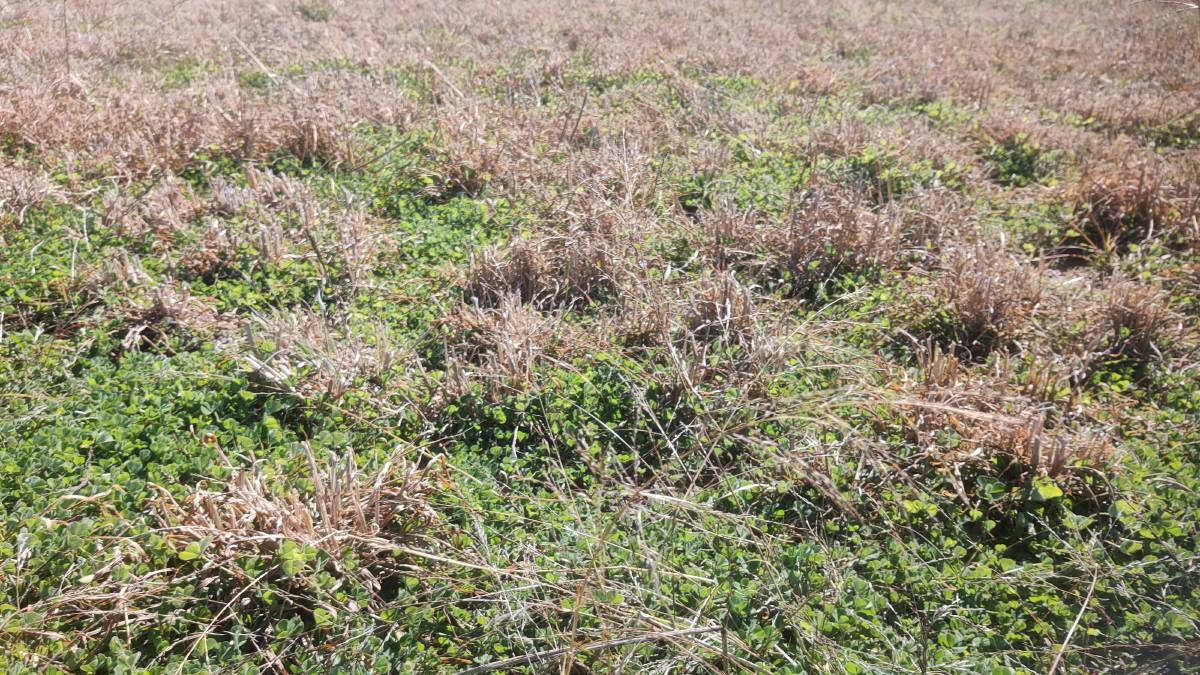 It has been known for some time that heavy dry grass burden going into autumn/winter can dramatically reduce or delay winter legume establishment. No one has documented likely threshold levels, but it is likely to be around three tonne/hectare drymatter or greater. Part of the issue is sunlight can't reach the ground and perhaps there are anti-germination chemicals in dry litter influencing seeds not to germinate. 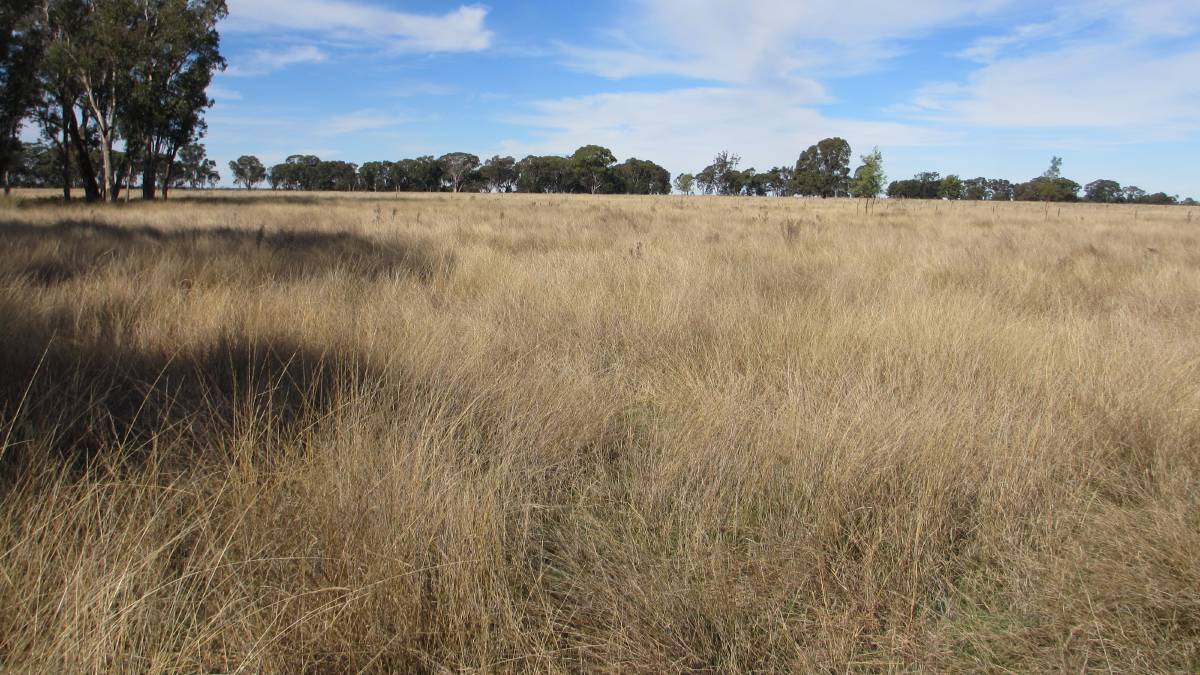 Paddocks with high levels of dry grass going into winter tended to have poorer and or later winter legume establishment .

As well, it is also likely that while March experienced excellent rains in many districts, April and May were commonly pretty dry. Hence seeds that may have germinated from March rain often experienced dry top soil for the next two months.

Mice may also had a significant impact on autumn germination via their eating of seed as well as new seedlings. I note in our own case a large percentage of sub clover seed balls had no seed in them and over summer and autumn there were regular mice holes across paddocks.

While some parts of NSW experienced a good spring last year many central and northern areas experienced their fourth straight dry spring. In many cases soil seed reserves of winter legumes were much reduced.

Grazing management from here in can have a big bearing on winter legume seed set from established plants, but if late winter and spring is dry, maybe only some paddocks can be nursed to maximise seed yield.

Aerial seeding species, like biserrula, serradella, gland and bladder clover, Rose clover as well as medics, set little seed, especially in a dry finish, if grazed too low to the ground. For good seed set it is best to lightly graze from mid-to-late winter onwards until after seed matures in the pod. One well grown aerial seeding plant can set hundreds of seeds but grazed too heavily can barely set a pod.

In contrast, most sub clover varieties set seed close to the ground and bury a lot of it. While they can set seed in difficult seasonal conditions, combined with heavy grazing, seed set will be many times higher if good leaf area and good levels of drymatter are allowed to develop.

Long term persistence at good plant density also depends on "hard" seed levels of winter legume varieties. A wet summer can decimate soil seed reserves of varieties where most of the seed is relatively "soft". Soft seed germinates on summer rains and is then extremely vulnerable to not making it into autumn and dying as a result of temperatures way outside their survival range. Some winter legume varieties have very high hard seed levels, like biserrula and serradella varieties. Sub clover varieties range from good to poor.

Weeds, pests and diseases can also adversely impact on winter legume seed set. Dense broadleaf weeds like capeweed, Paterson's curse or saffron thistle overshade and can smother winter legumes. Annual grass weeds like barley grass and vulpia can also be a problem. Pests like Heliothis caterpillars can badly decimate seed set of some winter legumes. Diseases like powdery mildew can also be a problem. Early recognition of these problems often offers appropriate solutions.

Sponsored by
The oldest surviving brewery in Australia has sold, with residents keen to find out what the future holds for the heritage listed property.
Test
New Year's Day tradition no more due to safety concerns.
Test
More rain this past week has meant renewed flood alerts for several regions across the state.
Test
Test
Previously it was rare to find women in the shearing sheds, but nowadays they make up a large percentage of the workforce.
Test
Fighting to learn to shear, after not being allowed to learn, Val Byers says she now has finally got some respect from her work mates.
Test
New COVID mutations are a concern because they could help the disease evade the body's immune response and make it more transmissible.
Test
It was the first time the Maddens had sold Border Leicester rams, and they cleared all along with all Poll Dorsets.
Test