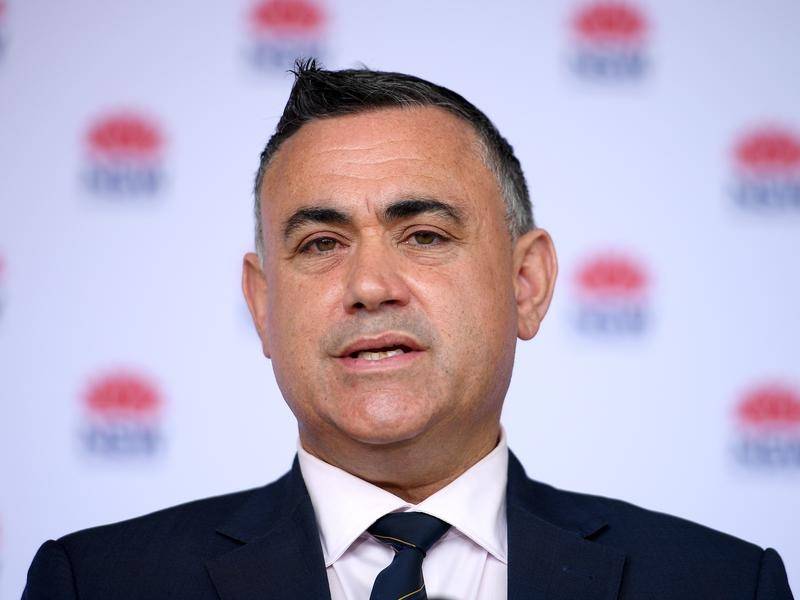 A construction worker has reportedly tested positive to COVID-19 in Goulburn in the NSW southern tablelands, sparking fears the Sydney outbreak has reached the regions.

A construction worker has reportedly tested positive to COVID-19 in Goulburn in the NSW southern tablelands, sparking fears the Sydney outbreak has reached the regions.

The person who tested positive is understood to be a painter who travelled from southern Sydney to Goulburn to work on the construction of the new Goulburn Hospital, Goulburn, Mayor Bob Kirk told AAP.

There has been no official notification from health authorities yet, but Mr Kirk says he has received multiple reports about the case and the hospital worksite has been shut down.

The growing COVID-19 outbreak has so far been confined to Greater Sydney and its surrounds, but Mr Kirk says he fears essential work permits may be putting regional towns at risk.

"The COVID disease doesn't ask people if they have a travel exemption or not, it just attaches to whoever it can," he said on Tuesday.

"But I understand he is a painter ... I don't know how that qualifies as essential right now."

"I know there are more than a few painters around this place that could step up if needed."

It comes as the likelihood of a longer lockdown firms for Greater Sydney and its surrounds, as authorities battle to deal with a dramatic spike in COVID-19 cases in the city's southwest.

Of the 112 new NSW cases reported on Monday, 84 emerged in southwest Sydney which is now the epicentre of the outbreak.

Deputy Premier John Barilaro warned "we haven't hit the peak, my sense is we'll see similar numbers to yesterday ... maybe a tad higher" when the next tally is reported on Tuesday.

As five million people in Greater Sydney endure a third week of lockdown, he said the situation could stretch out for weeks.

"(I'm) not sure about longer than six weeks ... I think we're all certain it will extend beyond this week," he told Nine Network on Tuesday.

Meanwhile, a joint NSW and federal government relief package to help people and businesses suffering financial hardship after three weeks of little or no income will be announced on Tuesday.

The federal government COVID disaster weekly payments will reportedly rise to $600 a week, up from $500, for those who have lost 20 hours of work or more.

The package will include JobKeeper-style increased cash flow payments for businesses to cover costs and wages, so long as no worker is sacked.

Meanwhile, school students start term three on Tuesday with pupils in Greater Sydney, including the Blue Mountains, Central Coast, Wollongong and Shellharbour learning from home for at least this week, while children of essential workers will be supervised at school.

NSW Education Minister Sarah Mitchell admitted it was challenging for teachers and parents to deal with homeschooling.

She was unable to say how long hundreds of thousands of students would be learning from home - while flagging it was unlikely to end on Friday as originally anticipated.

"We anticipate we will be able to tell parents and teachers within the next day or two what next week will look like," she said.

Around 12,000 teachers and school staff will be prioritised to get vaccinated at a mass hub at Fairfield showgrounds from Friday.

NSW Health on Monday night flagged more than 20 new venues of concern and there are around 30 Sydney bus and train routes associated with confirmed cases of COVID-19.

NSW has recorded 678 COVID-19 cases in the community since June 16, when the Bondi cluster first emerged.