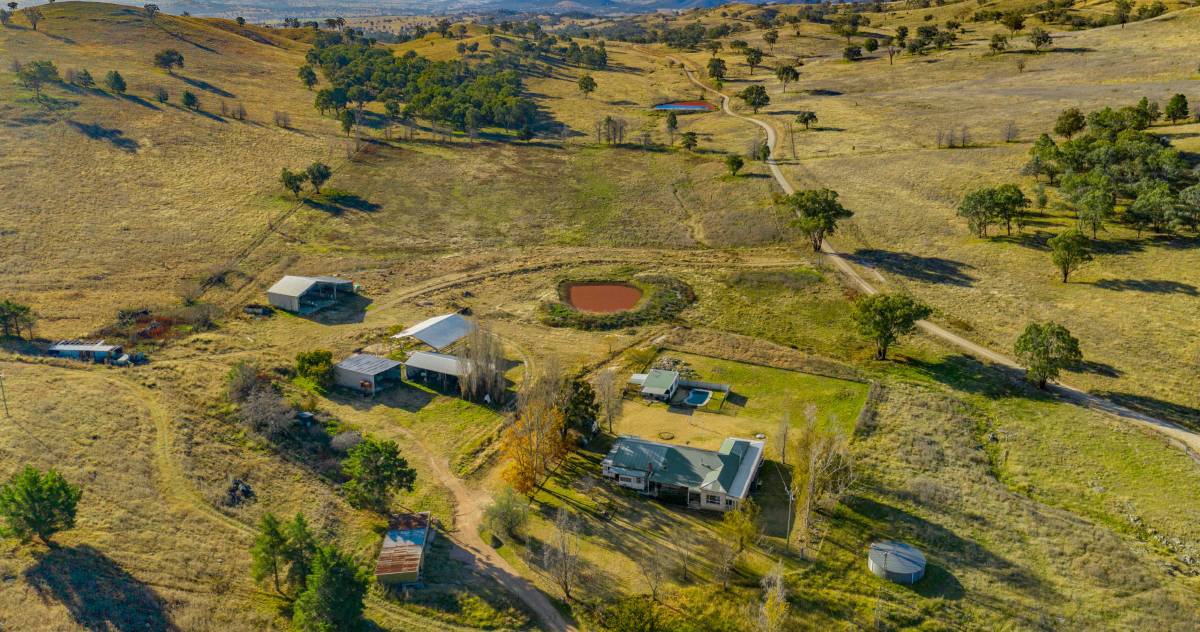 A sizeable grazing property with upside potential in the tightly held Mudgee district will shortly go under the auctioneer's hammer in what promises to be a closely watched event.

A sizeable grazing property with upside potential in the tightly held Mudgee district will shortly go under the auctioneer's hammer in what promises to be a closely watched event.

On offer, in two portions, is Binomea, the 1253-hectare (3096ac) property held since the late 1990s by the local Knox family and now being sold by Stuart Knox and his partner Terrie Wallace.

Immediate past owners were Dr Basil Ireland, and before him Bruce Lyons, but the area has a long history dating back to the early days of Mudgee's pastoral settlement.

In the mid-1900s Binomea was owned by the Digan Langton family of Sydney medicos, related by marriage to the Loneragan clan of Kaludabah, Mudgee, and the two nearby properties' woolclips were frequently sold together, often topping the market.

Under present management set up by Stuart's late father, John Knox, Binomea has been run as a livestock trading operation typically carrying 2000 Merino ewes and 200 heifers.

Ewes are mated to Poll Dorset rams and either sold in lamb or lambed down and sold later, while the Angus heifers are joined and sold PTIC. In good seasons up to 500 heifers have been carried.

Stock numbers have been reduced to 100 heifers and 200 ewes in readiness for sale and the property is awash with feed. The property will go to auction as COVID restrictions allow.

The property has been listed for sale with The Property Shop in Mudgee and will go to auction in Mudgee as soon as COVID restrictions allow.

It will be offered in two portions: Binomea East of 565ha (1396ac) and Binomea West of 667ha (1648ac), with bidding to start at $2.3 million for the bare Binomea East and $2.8m for Binomea West carrying the improvements.

Rising from arable creek flats to cleared grazing slopes and timbered hills, the property has soils of rich red basalt ranging to lighter loams, carrying a productive mix of native pastures and clovers.

About 100ha has been previously farmed to winter cereals and the country offers scope for direct drilling of high-performance pastures.

Average rainfall is about 650mm and the property is watered by 5km of frontage to the semi-permanent Piambong Creek, 17 dams and a bore reticulating to header tanks and troughs.

Binomea East is subdivided into 10 main paddocks and Binomea West into 11, plus five intensive feeding paddocks with troughs.

The main homestead is a two-bedroom sandstone structure with open-plan living and dining, wood heater and reverse-cycle air conditioning.

It originally formed part of the Rylstone Hospital and was bought at auction in 2005 by John Knox and transported in sections to its present site.

Set in spacious established gardens with an in-ground pool, the homestead is complemented by a self-contained granny flat and a one-bedroom staff cottage with sleepouts.