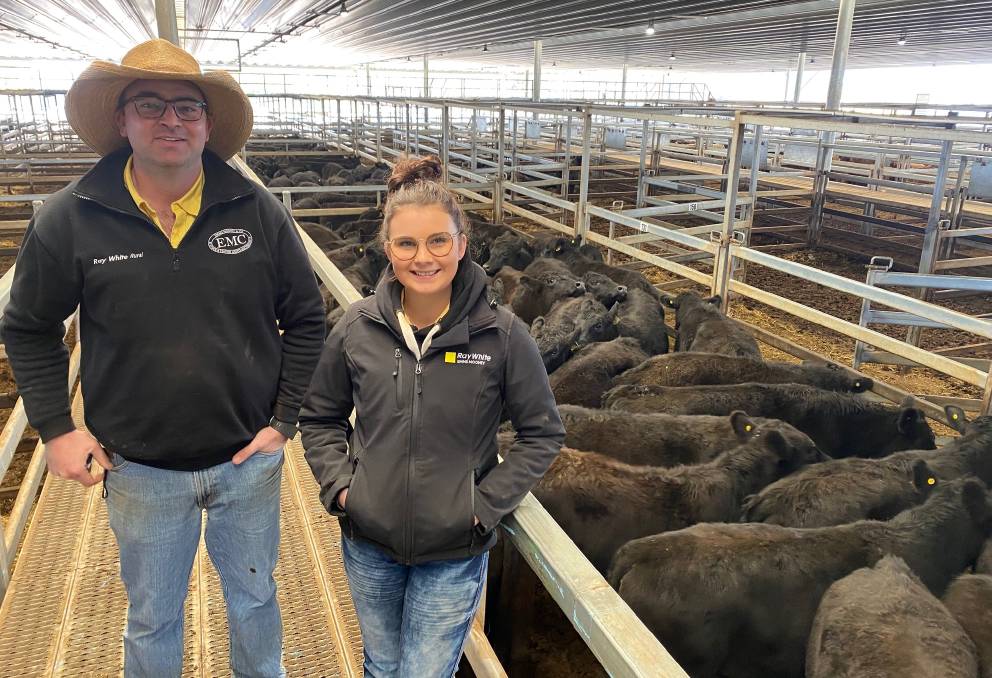 The dramatic price spike has prompted claims of a new national feeder steer record at CTLX Carcoar on Tuesday.

While unsure about whether the price was actually a record, Ray White Emms Mooney director Ben Emms, Blayney, said the prime cattle sale at Carcoar on Tuesday was unprecedented.

"Something I've never seen in my career was the dramatic spike in the market on the back of what were already very strong rates the week before," he said.

Mr Emms estimated the market for feeder steers lifted 35c/kg to 40c/kg and there were plenty of steers making over the 500c/kg mark.

"Last week those same type of top-of-the-market steers were making about 515c/kg and we thought that was great money," he said.

"Leading up to the sale [on Tuesday] there were significant rates being thrown about in the paddock and we were wondering if those prices would flow through to the saleyards.

"Well, we know now that they certainly did."

Mr Emms said the sale-topping steers, at 555.2c/kg, were bred by Nigel and Carol Kable from Yetholme.

"They have a cow and calf operation and I'd estimate they're running about 300-odd cows," he said.

After two weeks of much higher than expected prices, it's not clear just how much more buyers are prepared to pay.

"I don't know anybody with any great backlog of cattle being held back waiting for better prices, so I think the tighter supplies will be with us for some time," Mr Emms said.