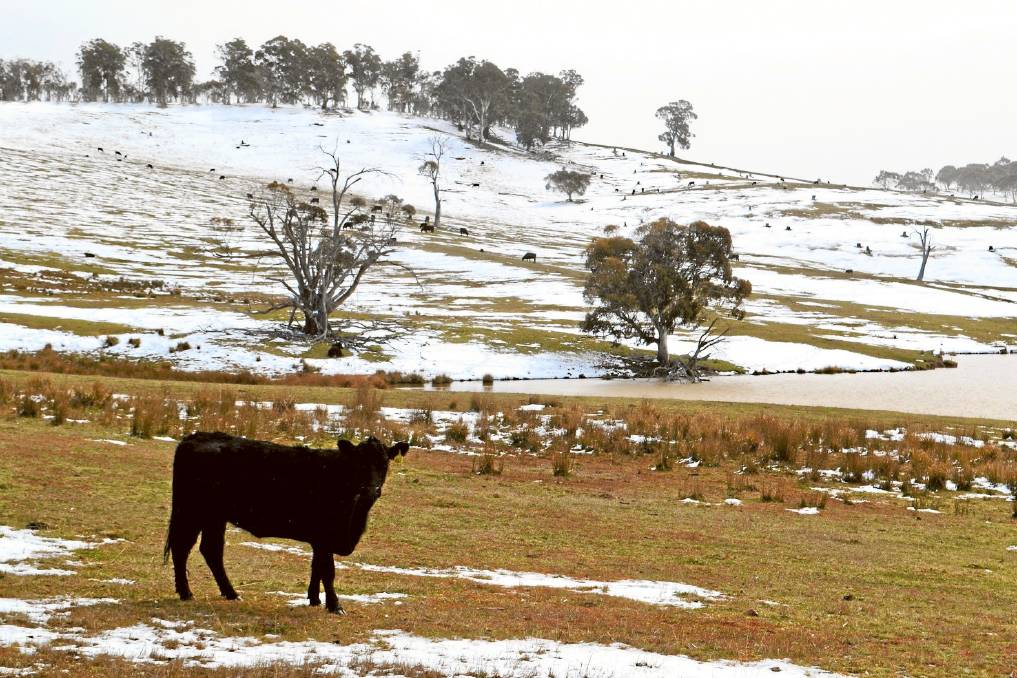 Snow is likely on the southern ranges above about 1300 metres on Friday. Severe weather and sheep graziers warnings may be issued in the coming days, so be sure to check the latest warnings in your area.

Even colder air, more showers and strong westerly winds will spread across NSW on Saturday.

RAIN, snow and wintry winds will linger over parts of NSW during the next few days as a series of low pressure troughs and cold fronts pass over the state.

The first trough in this series caused rain to spread over most inland districts in NSW during the past 24 hours.

This rain will continue today, with the heaviest falls expected to occur on the northern and southern slopes and tablelands.

On Friday, the showers will persist over the slopes, tablelands and ranges as westerly winds begin to gain strength.

These blustery winds will also drag a cold air mass over NSW, driven by a large low pressure system moving over the Great Australian Bight towards Tasmania.

Snow is likely on the southern ranges above about 1300 metres on Friday.

Even colder air, more showers and strong westerly winds will spread across NSW on Saturday.

This will be very cold day, with wind chill making it feel colder than the forecast daytime temperatures suggest.

It will also be cold enough for snow to reach about 800 meters above sea level in the southern and central NSW on Saturday. 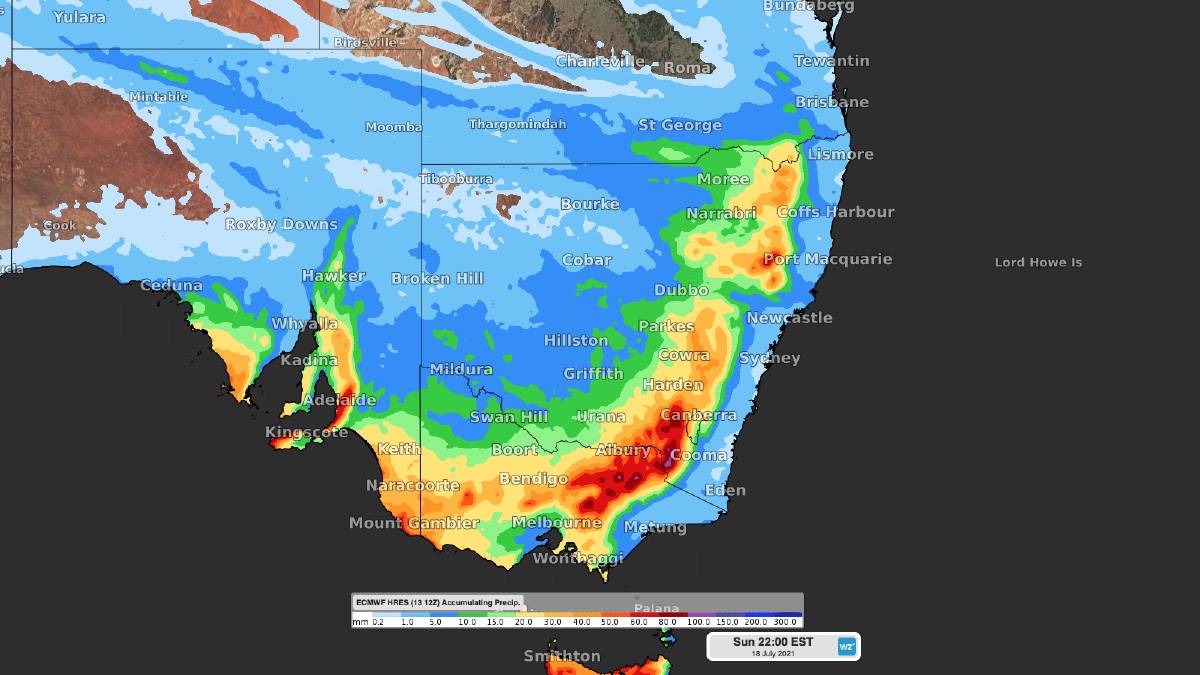 Rain forecast for Wednesday to Sunday across NSW. Image: Weatherzone

This wintry air mass could also see small hail reaching lower elevations in these parts of the state as well.

Calmer weather will return to NSW on Sunday as a large high pressure system moves over the state from the west.

This week's sequence of troughs and fronts are likely to bring widespread falls of 20 to 40 millimetres on and west of the ranges between Wednesday and Sunday.

Some areas of the southern slopes and ranges could see 50mm to 100mm, with about half a metre of snow expected to fall in the Alps by the end of Sunday.