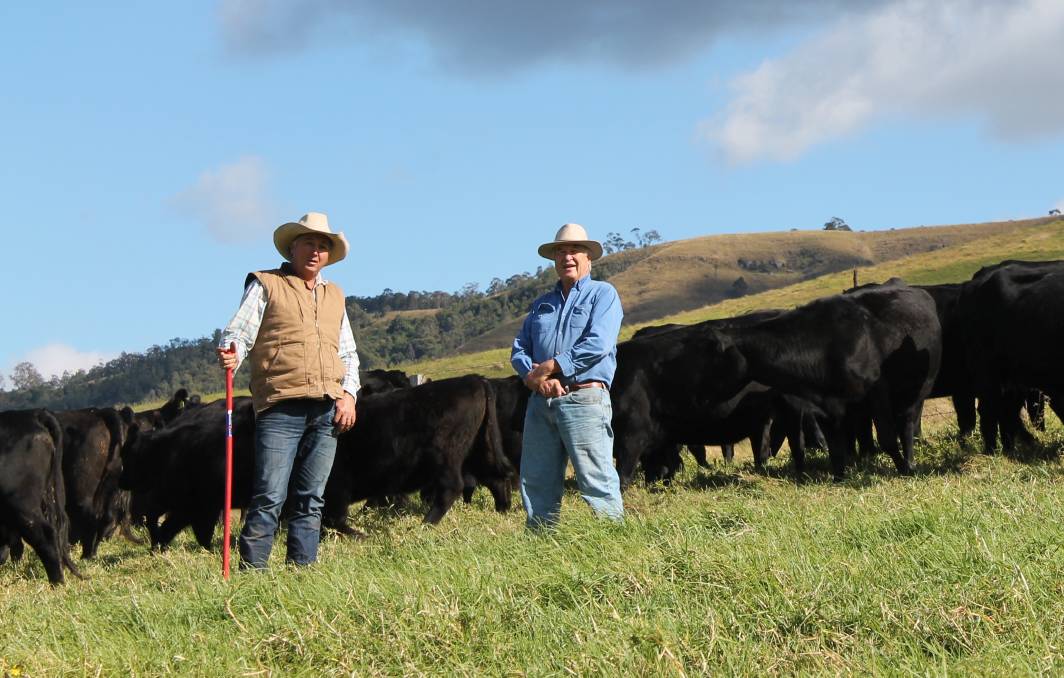 HIGH QUALITY HERD: Josh and Peter Evans with their Angus herd at Carabolla, near Dungog in the Lower Hunter area of NSW.

Selecting bulls that are bred for their country is helping the Lower Hunter's Evans family build a herd of functional, hardy females.

SELECTING bulls that are bred for their country is helping the Lower Hunter's Evans family build a herd of functional, hardy females, while growing steers out to feeder weights.

The family - Josh and Penny, and Peter and Suzanne Evans - has bred Angus cattle for more than 25 years, slowly growing the herd that they hope will reach 600-head by joining next year.

The Evans family's operation includes a breeding block above Lostock Dam, at the head of the Paterson River; a property at Hanleys Creek, near Dungog where steers are grown out; country around Paterson and Vacy that is used to grow heifers out; and swamp country at Hexham, where older cows are run.

Their goal is to breed cattle that are suited to their country, and it's paying off - as they were able to keep all their cattle during the drought.

"Up the river, we started with 243 hectares and 90 cows and, thanks to opportunities with neighbours, we've grown that to just over 1416ha and 440 cows," Josh Evans said.

"Even when it was dry, we hung on and didn't have to sell any cows as we found the springs in the hills still gave water and the country held on for us.

"It did affect our joining rate at the end of the drought. But with two calvings, we still managed to come out of the dry with our breeding herd intact."

Their first purchase from the Laurie family was Knowla B52 The Bomber, and they've had help from the Lauries - and well-known livestock auctioneer and fellow Vacy local Paul Dooley, who has been invaluable selecting genetics.

The big benefit of the Knowla bulls is their ability to go to work straight away - they're bred to tackle the hilly country.

"The Lauries run a commercial operation as well and we're trying to achieve the same quality product, so having people you can run an idea by is helpful," Mr Evans said.

"We are also grateful to compliment our herd with some Millah Murrah genetics, but we generally give those bulls a year at the home block at Vacy to aclimatise.

"Both the Lauries and Ross Thompson at Millah Murrah have been a great sounding board. They come out and have a look at what I am doing, check out the cattle and I am thankful they're happy to offer up advice and support."

STEER OPERATION: Bulls are selected for moderate frame, strong growth and good fat cover, with a focus on consistency in the bulls, which is reflected in their progeny.

Between the Knowla and Millah Murrah genetics, bulls are selected for moderate frame, strong growth and good fat cover - with a focus on consistency in the bulls, which is reflected in their progeny.

"We're looking for a balance of maternal and terminal characteristics," Mr Evans said.

"Because we're keeping our heifers to build herd numbers, we want moderate-framed cows, and we look at growth because we're producing feedlot steers. But we don't want our cattle to get too big.

"We don't want cows that can't walk out and use our country."

All steers are finished for the feedlot market, at weights of 400-450 kilograms.

Steers are generally grown to 350kg at Dungog, then moved to the Vacy block for finishing on improved pastures.

"This year, given the exceptional season and continual improvement in our herd, we've been blown away as they're weaning close those weights," Mr Evans said.

"The Dungog block is mostly kikuyu and Rhodes grass, and at home we have ryegrass mulched into the flats with clovers and phalaris." 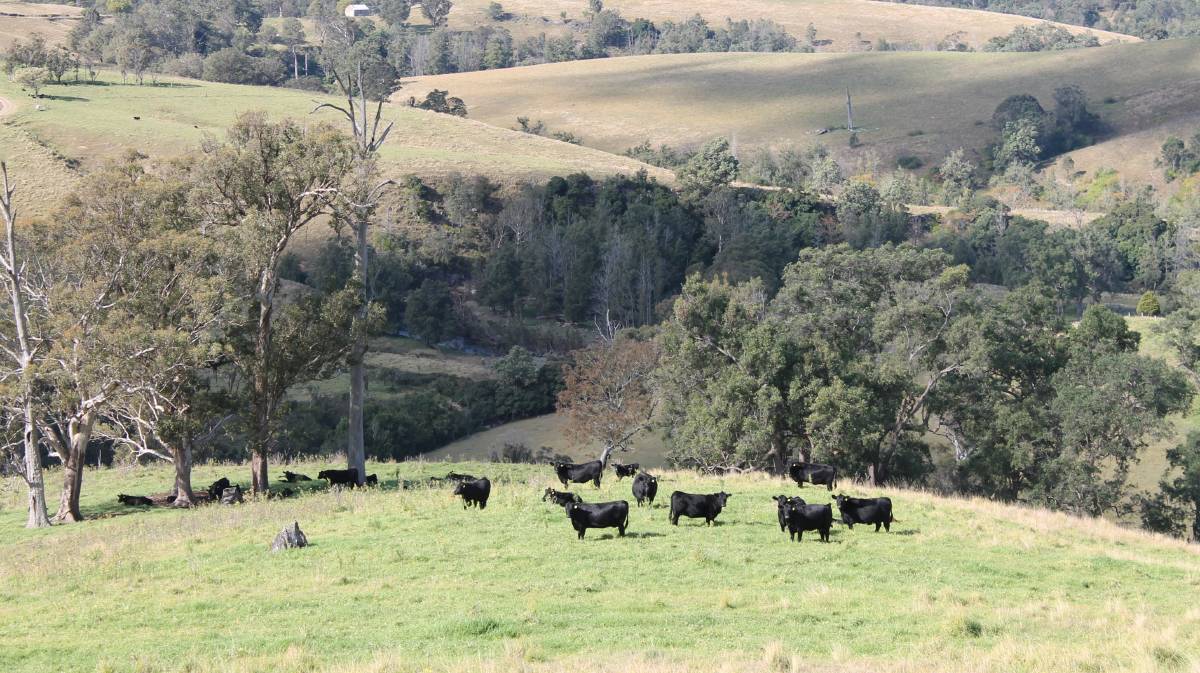 MULTIPLE PROPERTIES: Steers are generally grown to 350kg at Dungog then moved to the Vacy block for finishing on improved pastures.

All heifers are joined, then culled from the herd based on fertility, and they're open to different markets.

As they had plenty of pasture, last year's cull heifers were finished to kill weights and sold to JBS at Scone.

"Last year we sold a few to Scone because we finished everything that wasn't in calf," Mr Evans said.

"Eventually, when we've reached our goal with herd numbers, we'd like to market our heifers to restockers, because they've got the Knowla and Millah Murrah bloodlines."

Steers don't have trouble getting to the right weight, with most reaching the feedlot requirements with milk teeth.

The family didn't buy in feed for cattle during the drought, with the area holding on - even though water did become scarce in the dams.

"Our cattle are hardy - they're bred for this area," Mr Evans said.

"We're grateful to the good people around us that have helped us along the way to build quality cattle."