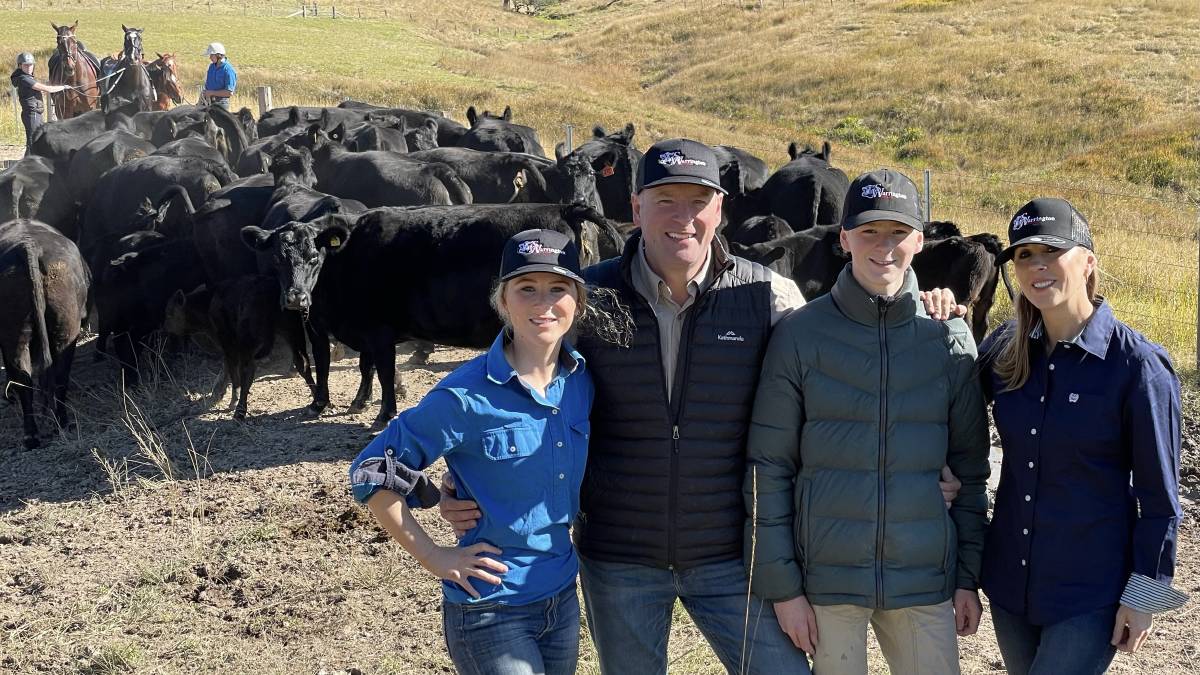 The operation has been based at Warrington Station, near Dungog, since 2016, with the Soames family running about 400 Angus as well as replacement heifers.

They have been breeding Angus cattle since 2008.

"We saw the return for Angus cattle in the sale yards, even when the market did get a little bit tough, or things started to dry out, the Angus were still selling strongly and that's only continued to strengthen," Mr Soames said.

"When we bought the property we tried to buy as many pure Angus breeders as we could, then over the past couple of dry seasons we've culled the cross-breds and kept as many of our pure Angus cows as we could."

Mr Soames uses genetics from studs in his region, with bulls coming from Sugarloaf Angus at Dungog and Knowla Angus at Gloucester.

High growth rates, particularly 400-day weight, and intramuscular fat are among the priorities when he's selecting sires for the feedlot market. 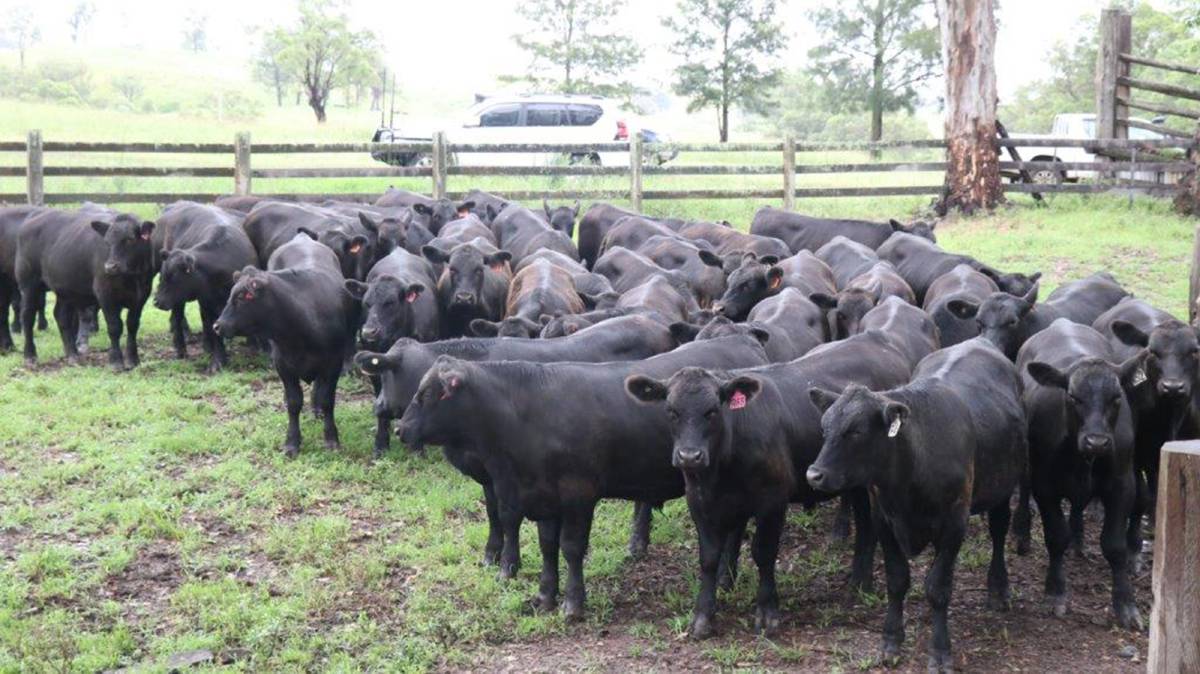 "We have to like the look of the cattle, a nice frame, good feet and most importantly for our family is a nice quiet temperament," he said.

"Sugarloaf and Knowla bulls are bred for this area and both Jim and James have been very helpful before and after the purchase of bulls offering a wealth of knowledge that only years in the business can provide."

The operation has two calvings, with the majority dropping in spring, and about 150, including the heifers, calving in autumn.

The two calvings allows them to market their steers year-round, improving cash flow, and they're also able to use the same bulls for two joinings, reducing the number of bulls needed.

"Being able to aim at different times of the year in the market is beneficial. Cash flow is important for any business."

While numbers dropped to about 350 breeders during drought, it gave the family the chance to focus on the herd's quality and only select the best genetics in each drop.

Now in the rebuilding phase, he expects to grow the operation to a 500-cow herd, while improving pastures which is increasing carrying capacity.

"We bought country that had been neglected for a while because it was earmarked for a dam, so we've been fencing, improving pastures and infrastructure," Mr Soames said.

"At the moment it's mainly native grasses some kikuyu and plenty of undesirables on the hills and we are working towards a cocksfoot, kikuyu and clover base." 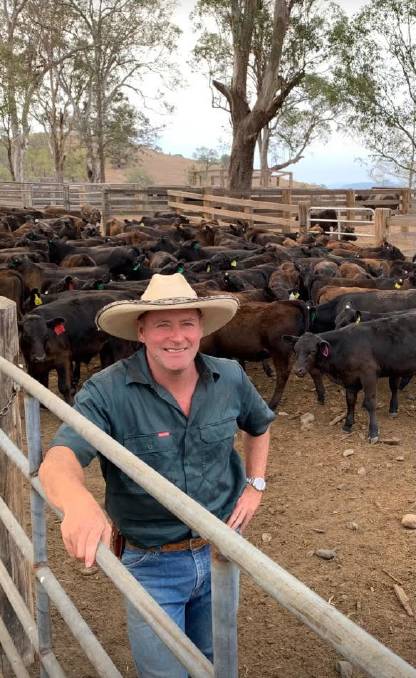 PURE ANGUS OPERATION: Keith Soames with his cattle at Warrington Station, near Dungog.

Drought also offered Mr Soames the opportunity to reset his farm management practices, and he's using rotational grazing on the river flats to make the most of the feed available. "We've started that process in the steeper country as well, larger mobs and smaller paddocks.

"You can definitely run more stock, and manage the country better. When it starts drying up, you can see and measure the pasture in front of you, and you can start making the tough decisions earlier, whether that's to offload or start feeding."

The 1215-hectare property includes hilly country and river flats where lucerne, chicory, oats and ryegrasses are grown for the steers.

Calves are yard-weaned for up to a week, where they're handled and worked with dogs, and fed a mix of lucerne silage and oaten ryegrass hay that's grown on the property.

Steers are usually turned off at 14 to 15 months, but in good seasons can meet the required feeder weight - anywhere from 450 to 500 kilograms - as early as 12 months. 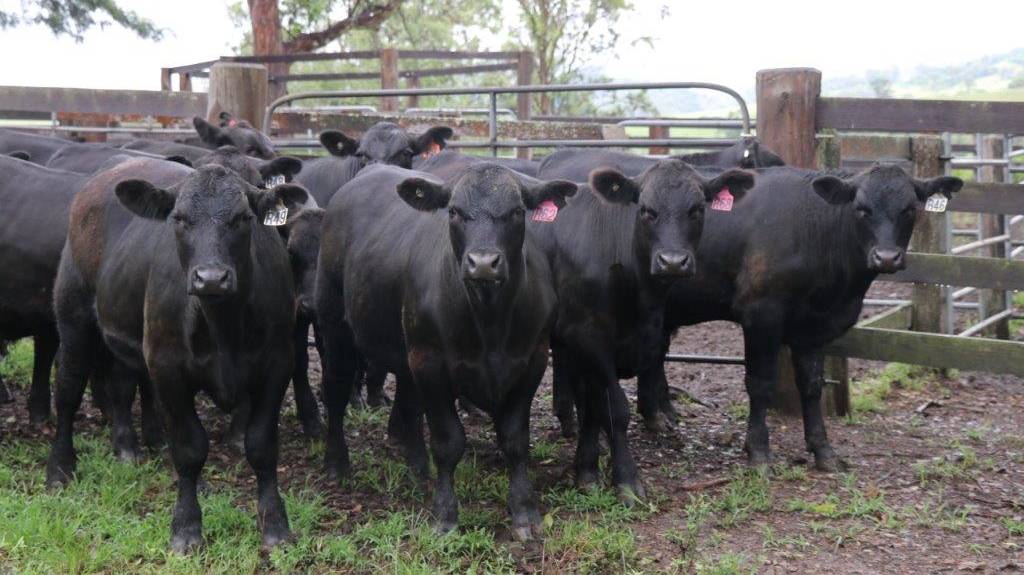 Cull heifers can either go to the feeder market or restockers, and Mr Soames has had repeat buyers over the past few years.

"We want to give our buyers confidence that they are buying an Angus product rather than just black cattle."