R&D has been critical for genetic improvement in Angus and all livestock species. 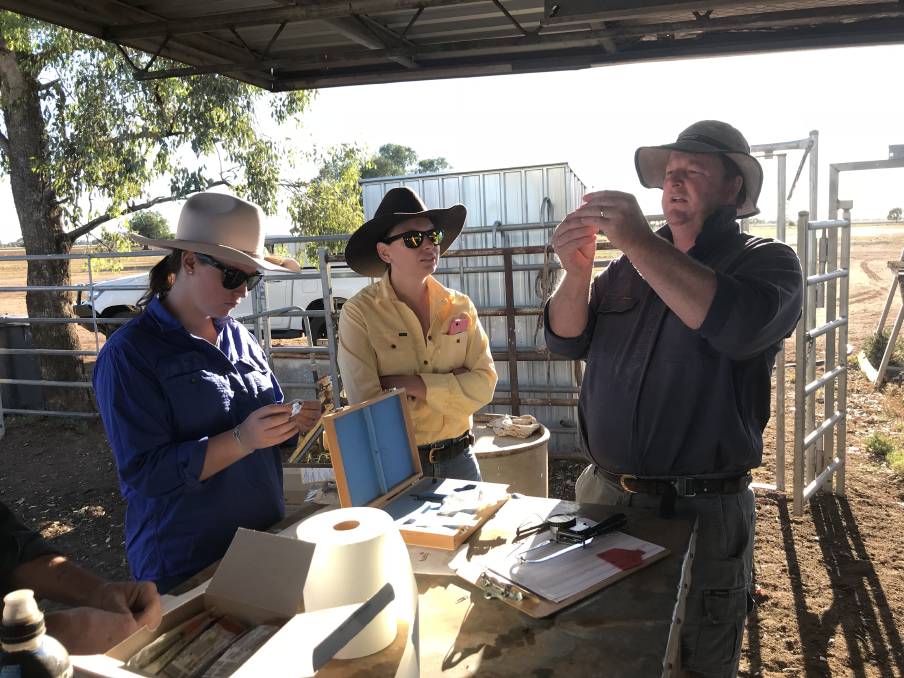 Angus Australia is committed to the ongoing advancement of the Angus breed, and the organisation believes research and development (R&D) is vital to achieving positive outcomes.

Angus Australia's strategic projects manager Christian Duff manages many of the organisation's R&D projects, both those that it runs directly - such as the Angus Sire Benchmarking Program - and those undertaken in collaboration with other researchers. Mr Duff is also a part-time PhD student focusing on livestock genetics.

"R&D has been critical for genetic improvement in Angus and all livestock species," he said.

"Without R&D, productivity gains through genetics would be limited by reliance on visual assessment in relation to breeding animal selections, such as bulls and heifers."

Making positive change with regards to genetics is a particular focus for Angus Australia.

"R&D collaboration with Angus Australia needs to be focused, particularly in relation to Angus breeding cattle and on making genetic gains for commercially and socially relevant traits," Mr Duff said.

"If we are talking to researchers about collaborative R&D, we need to know that it is going to add value in relation to new knowledge and potentially add to - or increase - rates of genetic gains.

"This provides Angus Australia members and the broader industry enhanced information that can be used to breed better cattle now and into the future."

Mr Duff believes the work facilitated by Angus Australia in the R&D space is of great benefit to the Australian beef industry as a whole.

"From my perspective, the good thing about working for Angus Australia and Angus breeders is any small positive change you can make, that is adopted by Angus breeders, will have a big flow-on effect," he said.

"There are obviously a lot of Angus and Angus-influenced cattle in the Australian beef industry, particularly in the southern states."

A recent survey revealed there were about 5.6 million breeding females with Angus influence in Australia.

About 2.4 million, or 20 per cent of the national herd, were pure Angus.

"What those numbers highlight from a breeding technology perspective, is if you can make a small improvement in the sires we are putting into the industry through R&D, it will have a big flow-on effect and improve things for the whole supply chain and for the consumer, making sure they get a product they are happy with, that they like to eat and are happy to keep paying for," Mr Duff said.

"One key research area that we are really focusing on at the moment is to better understand the maternal traits of the cow," Mr Duff said.

"Angus is a maternal breed - people generally keep the daughters to breed with - so the cow traits are important, things such as fertility, efficiency, longevity and soundness.

"We are doing more collaborative R&D in that space to enhance our knowledge.

"In collaboration with Dr Sam Clarke and his team at the University of New England, we are currently investigating longevity for Angus to estimate genetic parameters and ultimately produce a research breeding value for longevity based on Australian Angus data, which in effect impacts profitability in the commercial herd.

"The aim being to select sires that produce daughters that stay in the herd for a desired amount of time, that don't fall out of the system early for reasons such as fertility and structural issues."

Without R&D, productivity gains through genetics would be limited by reliance on visual assessment in relation to breeding animal selections, such as bulls and heifers. - Christian Duff, Angus Australia's strategic projects manager

"We have a lot of skills at Angus Australia, but we don't have all the knowledge and people, so we have to collaborate to boost our R&D objectives," Mr Duff said.

"We currently collaborate with 10 research organisations.

"Together with leading groups like the University of New England and the Animal Genetics and Breeding Unit, we are really focused on the genetic side of things.

"We also undertake collaborative research and evaluation with international groups like the American Angus Association, plus tertiary educators such as the University of Queensland.

"One of the groups we are doing more and more collaboration with is the CSIRO, they've got a really good team of geneticists, but also the right people to come up with new ways of collecting new but commercially important phenotypes.

"We are keen to collaborate with a range of research organisations to hit those research objectives."

Mr Duff said the success of such R&D programs is measured against a number of benchmarks.

"Ultimately, because we are primarily focused on genetic technology, and a member focused company, we look at what R&D has a high chance of being applied and adopted," he said.

"Not all research gets to that point, which we appreciate, as you can't expect all R&D to transition to the applied stage."

Once some of the technology advances to the applied stage, and is promoted through Angus Australia's extension and education team, adoption and uptake by members and the broader industry are followed.

"Over time we want to be facilitating positive genetic changes to the Angus breed in Australia, so we also monitor genetic trends on a regular basis."