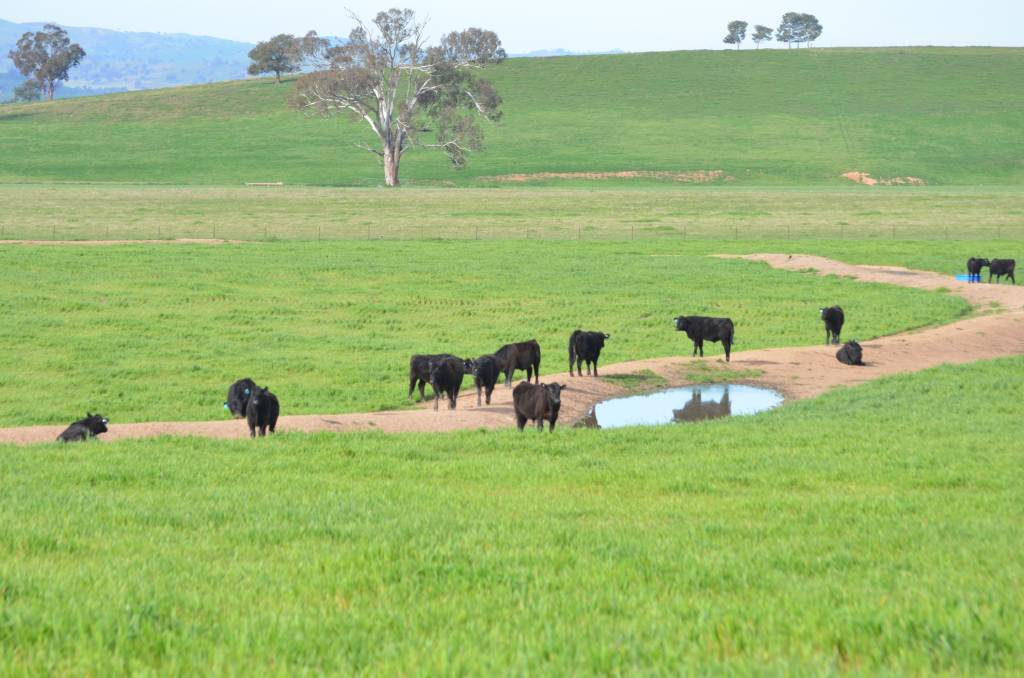 Set stocking or rotational grazing? - that is the question.

The debate over the best way to maximise pasture utilisation continues

'Getting the most from rotational grazing' was the topic Basil Doonan addressed in the Pastures in Practice webinar series sponsored by Riverina Local Lands Services.

Recognising that livestock producers across the Riverina are focused upon growing more pasture, but especially during the winter months, Mr Doonan, a livestock consultant with Pinion Advisory, said the preferred grazing system depends upon the landholder.

"It is up them to work out the best for their situation," he said.

"I see set stocking and rotational grazing in all its formats as a tool for managing the interface between animals and plants.

"Nothing is right or wrong, but I do think there is a lot of potential to increase the amount of feed grown." 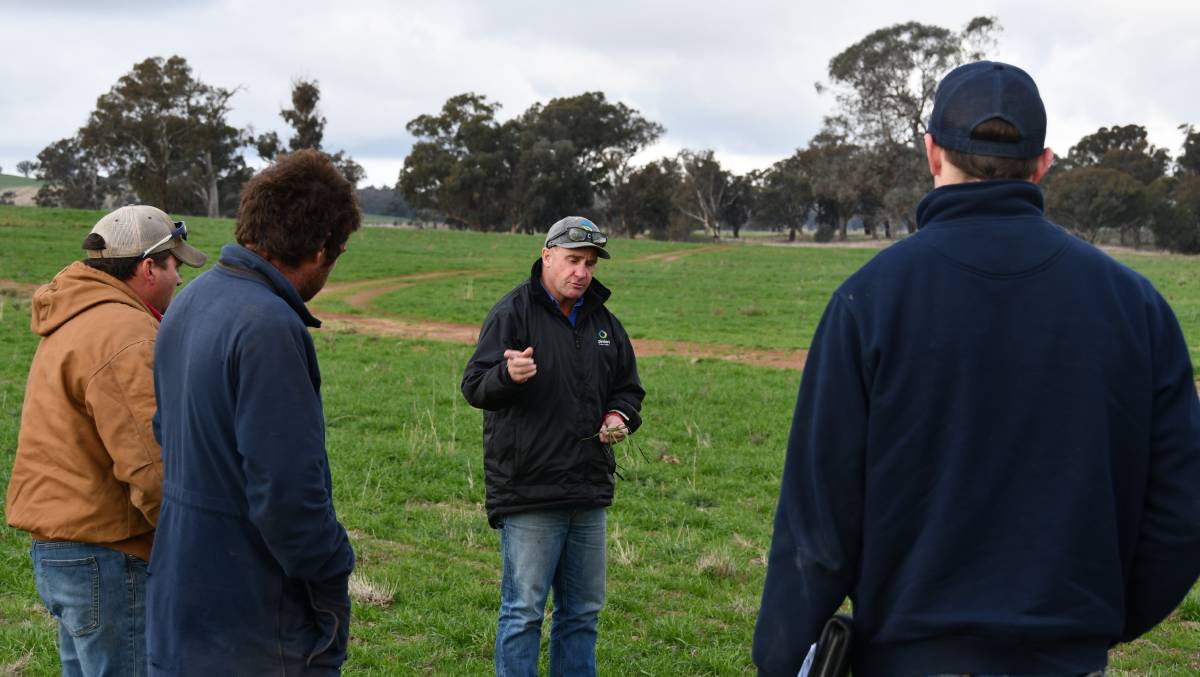 Basil Doonan (centre) explaining the virtues of correct grazing principles at a pasture workshop at Mangoplah.

But, Mr Doonan reiterated, as long as that increased growth is captured in animal productivity and the costs aren't too high, there is the opportunity to lift profitability.

He further pointed out gross margins on livestock operations are closely tied to the efficient conversion of the available pasture.

"In our case studies from our client base, we know that in a majority of instances the higher performers have a stocking rate that is very close to their carrying capacity," he said.

When discussing the relative merits of grazing systems, Mr Doonan said the implementation in practice is the most important point.

"A really good set stocker will be more profitable than a really poor rotational grazer," he said.

"We must have best management practice no matter what the are the tool's we use and anything else results in sub-optimal profitability."

Set stocking regimes tend to be in areas of low rainfall, large rangeland paddocks and limited water supply, and Mr Doonan admitted that grazing system works best in those situations.

"If you have a philosophy that you want to maximise animal performance at low stocking rates, then potentially set stocking is a way to do that," he said.

"It is very good at reducing inputs resulting in a low cost of production.

"And in a volatile operating environment or price environment, that can result in a buffer against risk."

So it is a useful strategy in those regions, where we have modest stocking rates on annual pastures which allows these pastures to re-seed and reproduce.

Set stocking is also used by many landholders in short-term situations like calving or lambing and is a useful strategy.

But in terms of getting the most from your feed base, Mr Doonan suggested regardless of the method used, it is just a straight forward cost-benefit scenario.

The other key driver is having a high stocking rate relative to the carrying capacity which is determined by rainfall, topography and soil fertility.

"Those who have the higher stocking rate tend to be the more profitable operators regardless of grazing methodology," he said.

'It is about taking control of that plant and animal interface, using destocking policies, using supplementary feeding polices which can keep the stocking rate close to carrying capacity."

When optimising the return from rotational grazing, Mr Doonan said consideration should be made for three points - we want quality feed, lots of it and we want the plants to survive.

"If we are calling them perennial pastures, then perennial means forever, but the reality is probably every 20 years a renovation is going to occur," he said.

"But in the case of rotational grazing, we can achieve all three outcomes by managing through morphology."

Mr Doonan explained the term has basically leaf stage and where grass species will have an optimum number of leaves which can withstand grazing and still have great production above the ground but also and just as critically deeper root growth below the ground.

Whatever system is used, the ultimate aim is to grow more and better pasture, and achieve a rate of high productivity given the relative rainfall.

"Plant persistency is the key and unless you are going to use a system which encourages plants to persist, what are you trying to achieve?" Mr Doonan mused.