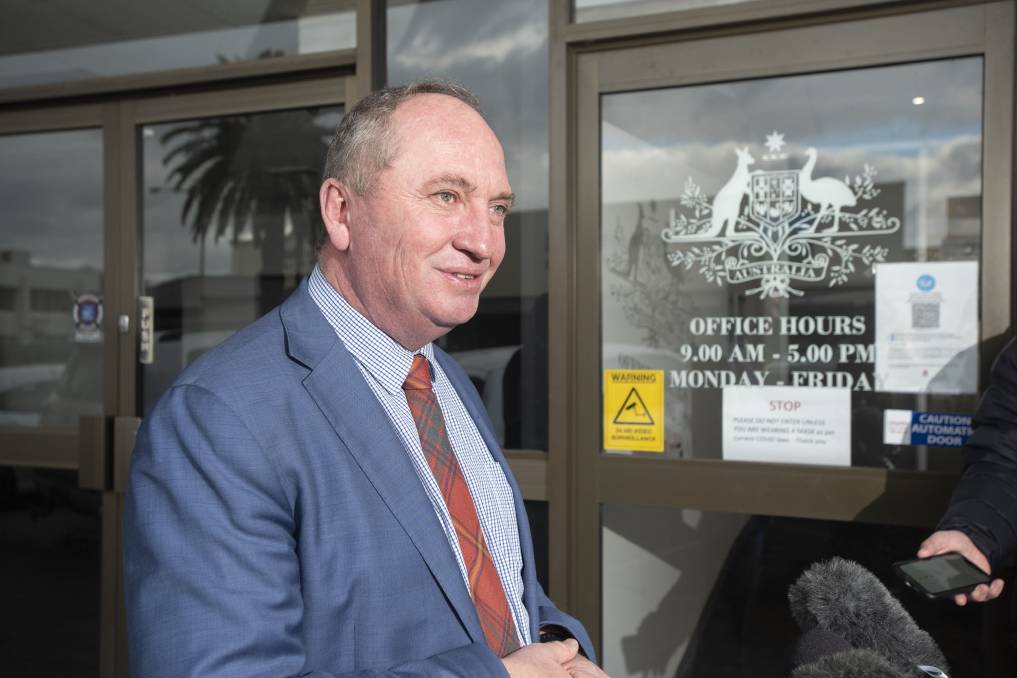 PLANNING costs and bureaucracy are two reasons the proposed Dungowan Dam project's budget could increase according to the Deputy Prime Minister Barnaby Joyce.

Originally slated to cost $480 million when first announced in October 2019, an assessment released to Parliament by the Productivity Commission in February suggested the project could blow past its budget and was "likely unviable".

However, Mr Joyce said the proposed blowout was "just an assessment" and put the alleged inflated costs down to delays in planning.

"What we have to look at when we talk about cost is how much of that cost is going to studies?," Mr Joyce said.

"I would like to see more equipment at work rather than a whole myriad of bureaucracy at work because these costs are not up at the site, but are costs down in Sydney."

The project has sparked criticism from several sectors for beginning early works before the business case has been released, which is expected to be handed down later this year.

The Productivity Commission, as part of its National Water Reform, was one of the most damning reviews as it found the development was likely to blow its estimated $480 million budget so significantly it would likely be unviable.

However, federal Water Minister Keith Pitt, who was alongside Mr Joyce in Tamworth on Monday, took aim at the commission and said he was confident the project would deliver greater water security to local producers.

"I'll be brutally frank, the Productivity Commission is a bunch of economists who don't have to do the work and they don't have to worry about whether they get their irrigation allocation next year, or pay their bank or workers, or meet all the financial requirements of doing business in this country," Mr Pitt said.

Mr Joyce echoed Mr Pitt's sentiments saying he was not concerned the project would be built because "I am going to make sure they do build it."