Large crowds of stud and commercial breeders began streaming into the sale hours before.

They often fly under the radar for their quality genetics but Mountain Valley Poll Herefords and Angus stud were the talk of the north on Saturday when its 71 bulls grossed $1.152 million at Coolatai.

Large crowds of stud and commercial breeders began streaming into the sale hours before and were heard commenting on the overall depth of flank and growth for age of the Durkin family's draft.

Demand for bulls was so high that extra bid cards had to be written up for the 110 producers intending to purchase on the day and those in attendance were scrambling to find a seat before sale-o was called.

The top price was achieved for an Angus bull who was all the talk pre-sale.

The 25-month-old son of Peakes Gabba K556 and out of Mountain Valley Mona L17 was top 10 per cent of the Angus estimated breeding values for carcase weight, scrotal, mature cow weight and growth weights. 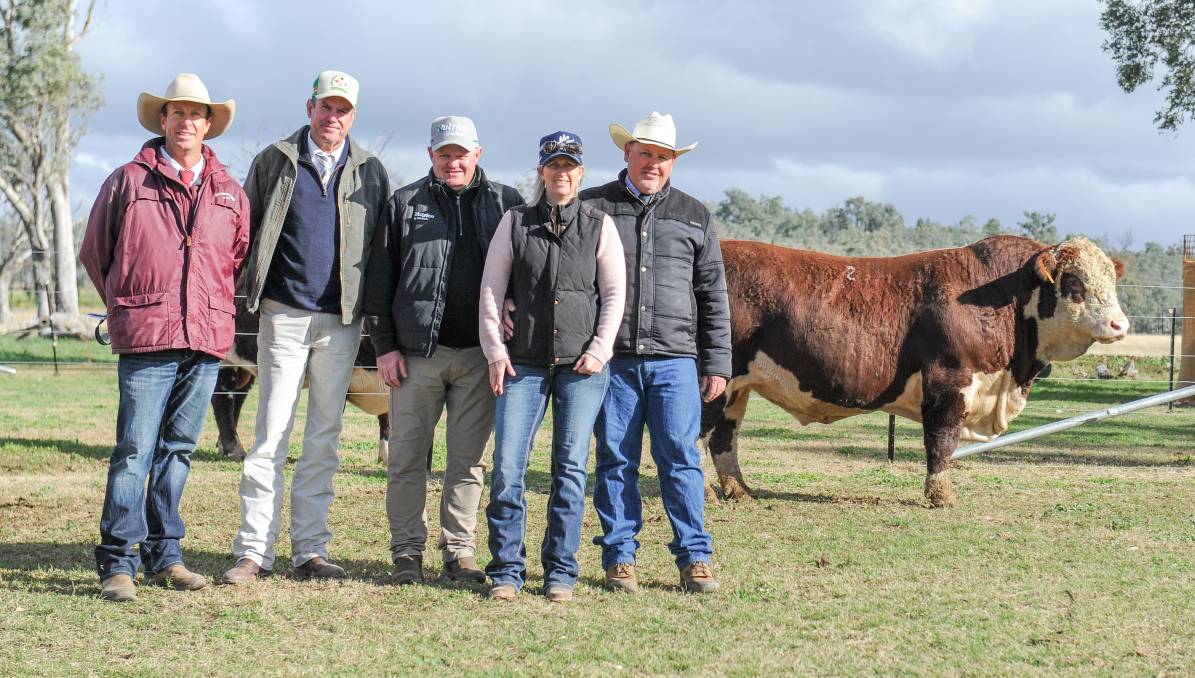 Prices in the Poll Herefords peaked at $30,000 for Mountain Valley Quantum Q016 secured by Glenwarrah Herefords at Bundarra.

Having kicked off at $20,000 the two-year-old son of Injemira Anzac H006 was top 5pc for eye muscle area and retail beef yield while having raw scans of 143 square centimetres of eye muscle in a 1030 kilogram package.

Glenwarrah's David Collins said they initially attended the sale chasing a different bull but were drawn to Quantum Q016 for his carcase attributes while remaining soft.

"We are mainly horned Herefords here and over the last five years we have been breeding poll cattle as well and a lot of our buyers are coming back to us and saying we want poll bulls," he said.

"It's hard for us because the majority of our cows are horned...hence why we bought him as he was homozygous poll.

"We think he will do a helluva job for us."

The result capped off 40 years of breeding for the Durkin family.

Stud principal Ian Durkin was blown away by the result after three-and-a-half years feeding their breeders through drought.

"We didn't expect this but we are the last one in this week and as it built I think we thought, 'Holy moly what's going to happen?' but it's good to see everyone confident," he said.

"We never set out to breed stud bulls, our bread and butter is breeding consistent lines of beef bulls but I won't lie, it's really nice when bulls go into studs. 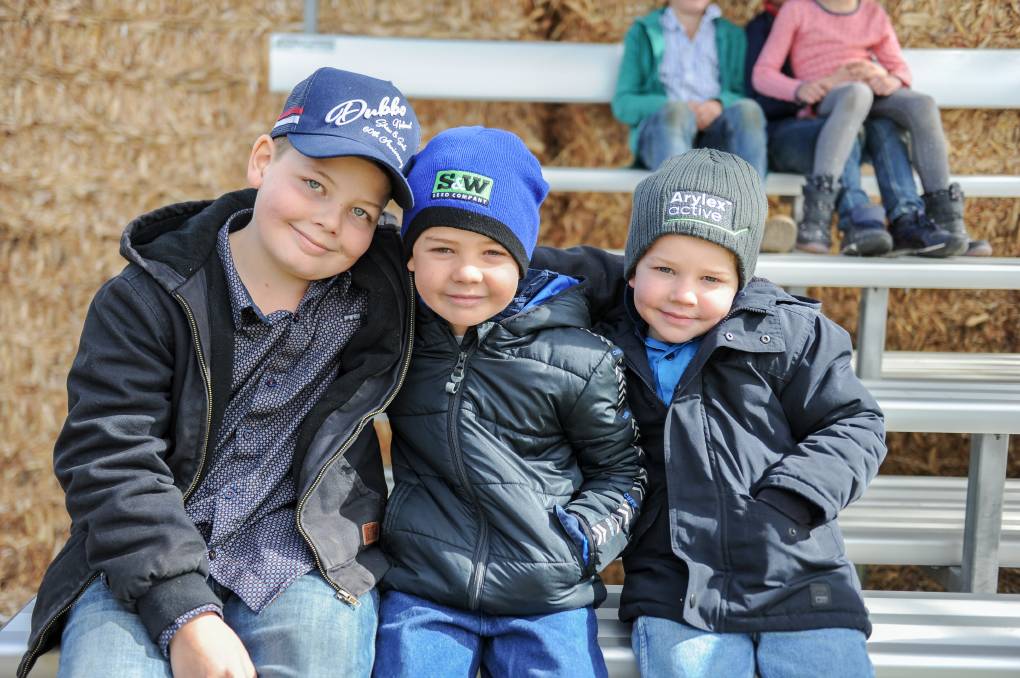 "We are trying to make the first bull into the ring as good as the last bull and consistency is everything."

The family finally had all of their cattle back home after being agisted from Longreach in Queensland down to Tasmania's north coast, which allowed them to test their genetics under varying climates.

One property their cattle called home was Toobrack Station at Longreach which purchased two Poll Herefords on the day to average $14,000.

Auctioneer Paul Dooley said all of the studs who sold in the north this week had been well rewarded after working hard to keep their operations going through drought.

"For commercial people to be buying into the high 20s and losing bidders on early 30s it shows that commercial producers are chasing stud breeders for those better bulls," he said.

Bulls were bound for King Island in Tasmania and north to Queensland.

The sale was conducted by Nutrien and C.L. Squires and Co with Paul Dooley as auctioneer.

Read the full report next week.