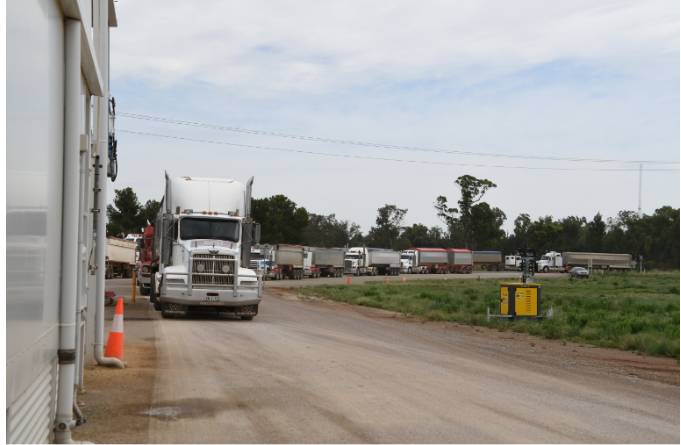 A bumper crop in many parts of Australia is on the cards this year as Northern Hemisphere growers struggle with intense heat, high rainfall or flooding.

Grain prices rally in the wake of flooding and fires in the Northern Hemisphere.

Mother nature tends to be a complicated and unpredictable force that quite often leads to someone's misfortune turning into another's good fortune.

This year, she has delivered extreme weather conditions across key Northern Hemisphere cropping regions and the toll on grain production is feeding into higher global prices that are benefiting Australian croppers.

Adding to good fortunes "down under" is a forecast record crop in the major growing states of NSW and Western Australia.

Across Europe, the quality of the overall crop is also likely to be downgraded from milling wheat to more general purpose - or feed - wheat.

This is challenging the world's supply of protein wheat and the impact is starting to be felt in Australia's domestic wheat market.

New crop wheat prices are up $20 per tonne for the month to date at a time when the Chicago Board of Trade (CBOT) December 21 contract is up US90 cents a bushel, or $44/t.

The weakening basis is a telling sign that grain buyers are optimistic about the coming harvest prospects.

A healthy carry in from Australia's previous harvest basis is likely to come under further pressure if the conditions remain favorable across major growing areas.

Working in our favor is a lower basis level, which provides more export opportunities given Australian wheat's relative competitiveness compared to other origins.

The greatest challenge now is whether the supply chain can efficiently process two consecutive thumping harvests from Australia.

As many croppers across the nation receive generous winter crop rains, the Canadian Prairies and northern Plains in the USA are reeling from extreme heat and prolonged dryness.

These factors have decimated crops there, especially canola and wheat.

At the other end of the spectrum, there have been heavy rains across western European countries.

This has included catastrophic flooding in parts of Germany, which received about 150 millimetres of rain in a 48-hour period.

Rail and road infrastructure, in parts, has been destroyed and this is hampering the ability for the crop to reach the appropriate markets.

The weather issues in the western US Plains and Canadian Prairies have been well documented during the past six weeks, and there is no reprieve likely if short-term forecasts play-out.

The Canadian canola crop has been severely impacted and the market has shaved about 15-20pc from production forecasts.

Temperatures there have consistently been higher than 45°C, and are 4-5°C above the long-term average. This is very uncommon.

In-crop rainfall in this region is only about 40pc of the long-term average, which has caught growers off-guard.

This part of Canada is typically a stable producing region and its growers are traditionally heavy forward sellers.

Given the crop is now in the critical stage of flowering, if this trend continues, it would be fair to think further downward grain production revisions are likely.

The adverse climatic conditions are also having a significant impact on the protein levels of wheat grown across the Canadian Prairies and North America.

On the production side, the crop is forming heads much faster than usual, and this is slashing yield potential.

The impact of this is being demonstrated on the Minneapolis Grain Exchange, on which the Hard Red Spring Wheat contact has increased by US340c/bu to nine-year highs - and well up from the lows posted in April this year.