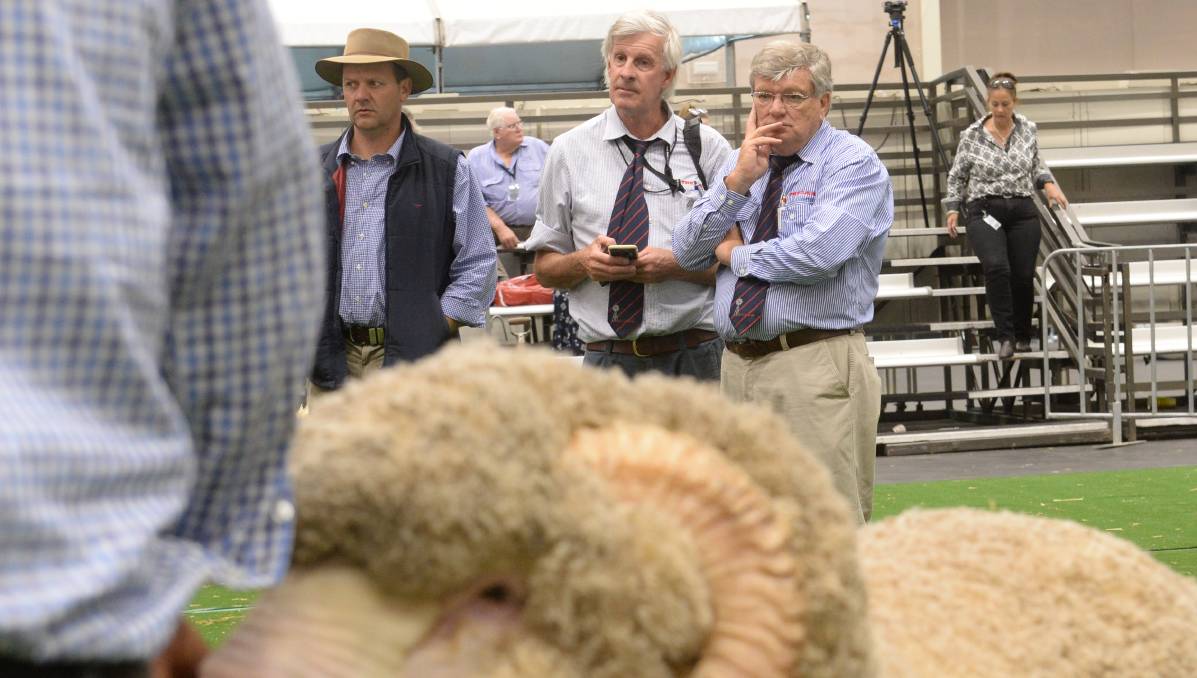 After 56 years working mostly for rural NSW, Mark Griggs will hang up his camera on July 30.

GOVERNORS, prime ministers and thousands of NSW country and city folk, and their animals, have all been on the other end of my camera since my photographic cadetship years from 1968 onwards.

My stance while taking photos has become a talking point - more for laughter by onlookers - but is probably more of a trademark.

I say it's all about balance and getting the right angle, but that is accepted with a laugh, I'm sure. 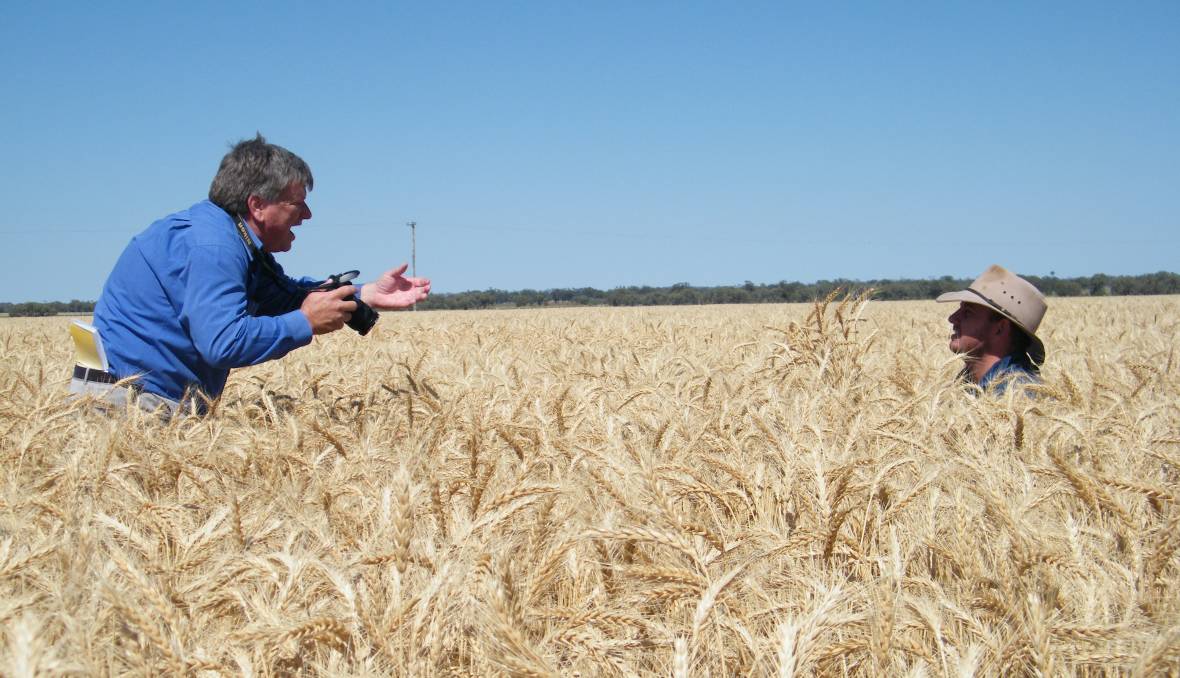 All familiar whether in a wheat paddock, saleyard or an official opening by dignitaries, Griggsy would pose them to his liking. Note his caption book hanging off hip.

On July 30 I will give back the last of many cameras used over the decades as it will be my last day with The Land.

It's been a great life working for rural people since I was 16. I started as an office boy with Country Life (NSW) Newspaper on November 5, 1965 and progressed to Advertising (proof) Runner before the cadetship under Harold Smith, Australia's noted number one stud stock photographer at the time.

My first chance of cloning myself as another Harold Smith and a career as a stud stock photographer was dashed before it happened.

Soon after Gough Whitlam took charge of the country Smith sent me to photograph the rams at Haddon Rig. In those days after taking portraits of dozens of rams the prints were retouched (painted), then photographed and copies given to clients for approval. 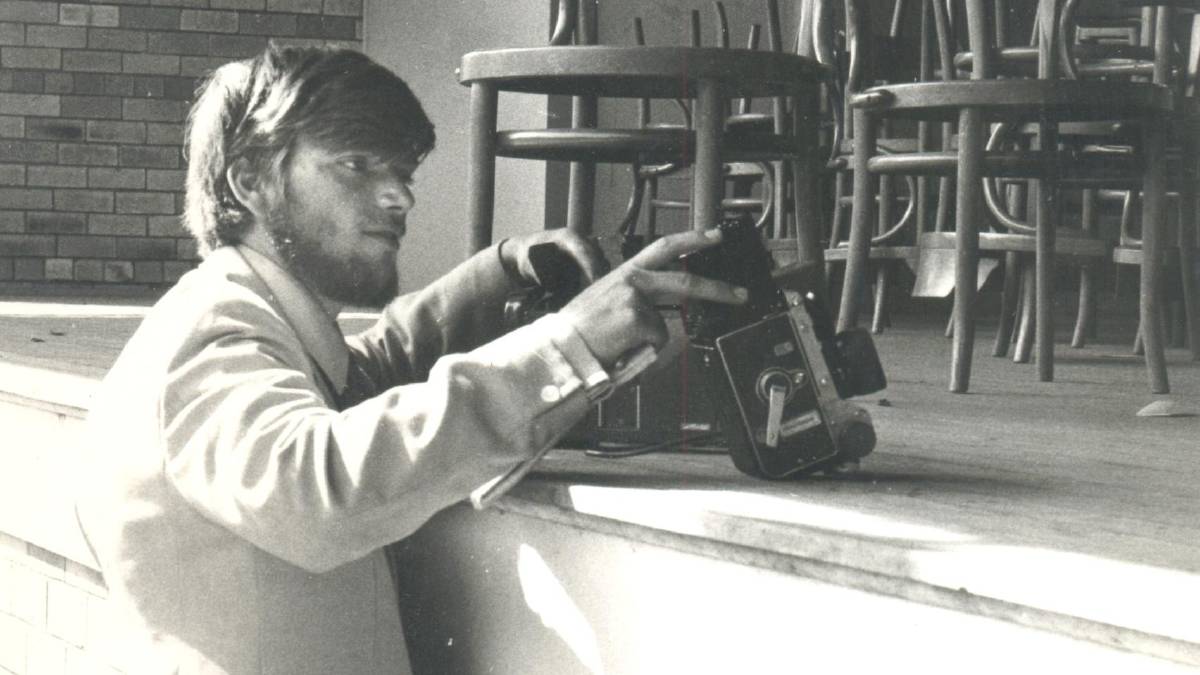 Flashback to about 1970 at the Hordern Arena at the old Moore Park showground before the Sydney Royal bull sales.

Unfortunately for me Whitlam had introduced the Trade Practices Act, and the "improved" photos were declined by Haddon Rig's Sydney manager, Mr Brown as they were deemed as fake and illegal, according to the new law.

With The Land's acquisition of Country Life in 1975 I shared photographic jobs with the late Neale Edwards until 1978 when the then editor, Paul Myers, moved me to Wagga Wagga as the Riverina representative after the death of Ron Holiday.

Then 10 years publicity officer for the Australian Hereford Society in Brisbane, followed by 10 years in the Federal Hotel, Wellington, by which time I was the shire mayor, I joined Western Magazine in 2001, managed Wellington Times for a couple of years and rejoined The Land in 2005 based from the Dubbo office.

The important people in Sydney and later North Richmond questioned my writing ability, and rightly so, as I had failed English in the Guinea pig final year of the revamped education, the Wyndham Scheme. In the second week based at Wagga I received in the mail a thick copy of a Collins Dictionary - the sub-editors pitched in and bought it to "help" me spell. My biggest scoop back then was the wild radish weed discovery just outside Wagga after its devastating rampage from the north.

Spending all of the 1980s with the Hereford Society I experienced what was now badged as the "halcyon days" of the stud stock industry with record prices being paid month-on-month for seedstock bulls and females.

Editorial duties with The Land have always been exciting and character building.

Prior to COVID rural editorial reps like me would clock up 40,000 - plus kilometres a year running around the state, but more particularly around our "patch" covering just about everything agriculture and rural.

In all of these years the job offered great satisfaction as I'd bump into friends I met decades before, meet new people and their families, take their photo, write a story about them, and get paid every Friday.

What a dream! Getting paid for doing what you loved doing. Now that's job satisfaction.

So, now is the time to especially thank each and every one of you whom I have met, and even befriended, for your friendship, encouragement and support over the many decades this city-born young fella has worked for Australia's rural world with my camera and pen and for the millions of laughs and many tears on the way.