All 52 bulls offered at Monday's sale were snapped up. 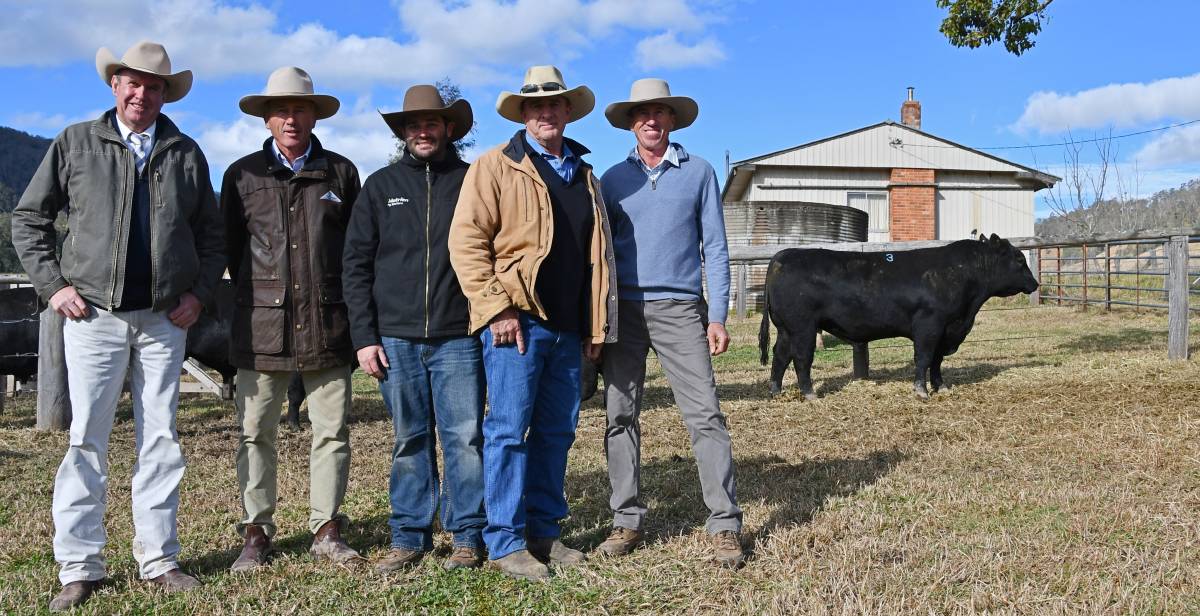 AFTER a memorable 2020 sale, the Higgins family went one better at its 2021 Curracabark Hereford and Angus bull sale on Monday.

A total of 52 bulls were offered at the on-property sale near Gloucester, of which 51 were sold during the auction and one after, completing a near perfect clearance with a top of $38,000 and an overall average of $15,865.

The top selling bull, Curracabark Quiotica Q34, was purchased by the Sylvester Cattle Company, Nundle, and was a son of V A R Index 3282 and out of Pathfinder Ulalia M687.

The 23-month-old scanned in the top three bulls in the draft, as well as presenting with above average figures for the breed for calving ease, carcase weight and eye muscle area.

"We breed a fair few bulls ourselves and he will go into stud duties as part of our breeding program," said Sylvester Cattle Company director John Sylvester.

"He has a great balance between the figures, marbling, muscle, as well being a high-volume bull with a lot of length and power in him," he said.

"I thought he also had really good muscle expression and that is just what we are looking for at the moment."

"I think he was the complete, balanced package, which is really hard to find," Mr Higgins said.

"I think he is a bull with a real presence and presence is an undefined thing but I think his calves will be very even looking at the flush."

"His full brother was a lead bull two years ago and also sired one of our leading bulls here today [Monday]," Mr Higgins said.

"He is a big, thick, soft bull, very correct through the toes, very alert when rolling around but still pretty quiet.

"So, he has a pedigree to back up his data and I think he ticks a lot of boxes."

At Curracabark's 2020 sale, Ellerston Pty Ltd was among the sale's most prolific buyers and it continued that trend on Monday securing two bulls at an average of $18,000.

"We're ecstatic and humbled by the support we've been shown here today [Monday] and it is so great to see a lot of return buyers as well as some new buyers come along," Mr Higgins said.

The sale was conducted by Nutrien Ag Solutions, Scone with Paul Dooley, Tamworth, as auctioneer.