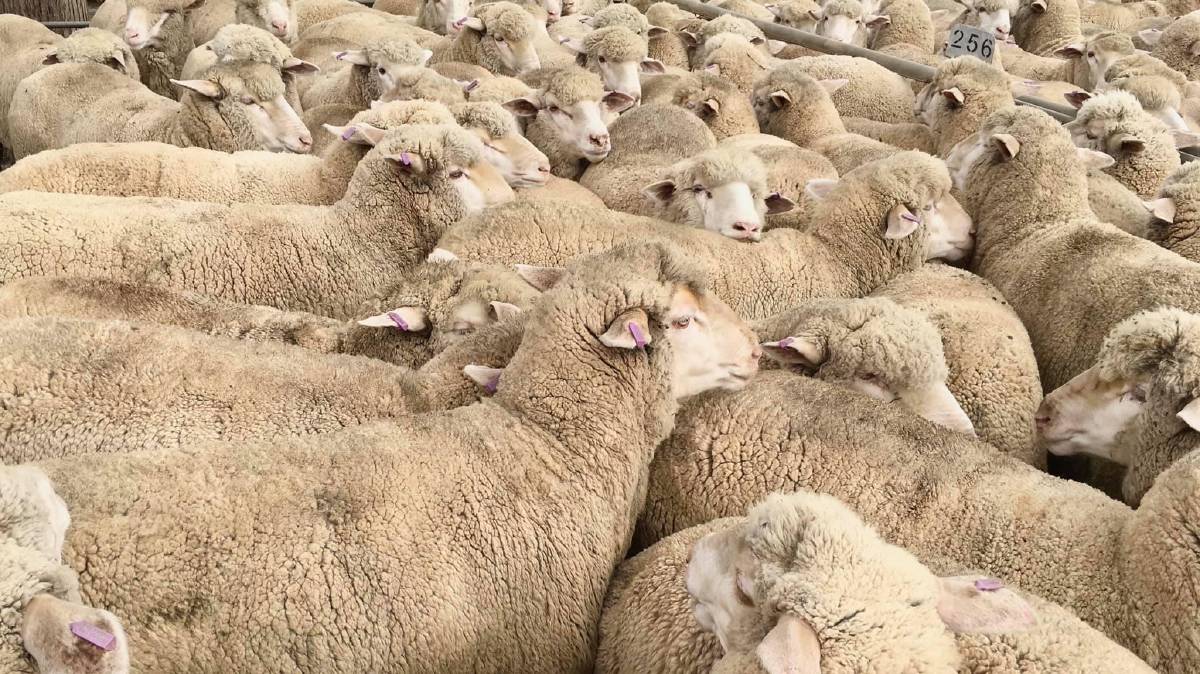 These heavy Prime SAMM lambs made $319 a head at Dubbo on Monday. But second-cross Dorset heavy lambs pipped them at $321 at Forbes on Tuesday.

Open auctions in saleyards around the Central West were again buzzing with records in beef and lamb circles.

IT'S been another week for records in the prime cattle and prime lamb pens.

First it was heavy cows making a record 385 cents a kilogram at Forbes on Monday, a price later beaten at Carcoar on Tuesday when cows hit 387c/kg.

At Dubbo's lamb sale on Monday, 111 extra heavy Prime SAMM lambs sold by Carter Lindsay and Weber on behalf of David, Anna and Pip Smith, Box Cowal, Nyngan, topped at $319 a head, the first time this year that lambs have sold at Dubbo for more than $300, and the highest price ever obtained by the agent for prime wether lambs.

When reporting the cattle record, Forbes Livestock and Agency's Sam Mackay, jumped at the chance to spruik of Tuesday's Forbes lamb sale topping Dubbo at $321 for 40kg-plus (carcase weight) lambs sold for $321 a head in a draft of 168 second-cross Dorsets from the Toynton family, Gumble.