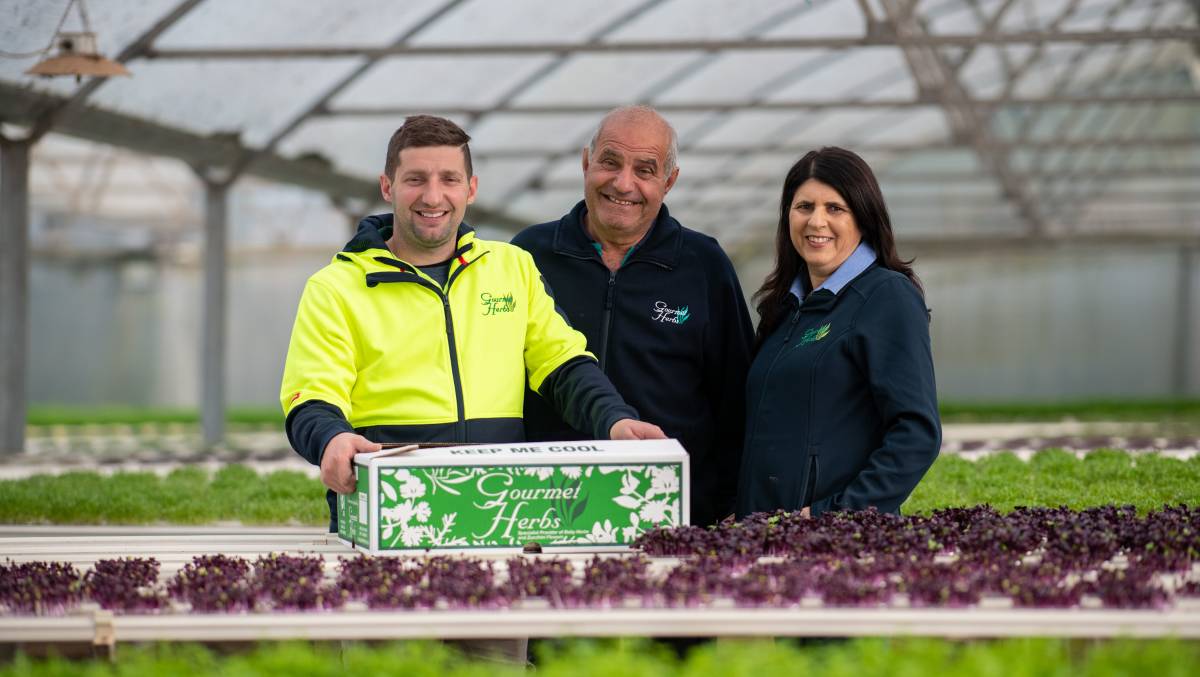 A pioneer in the micro herbs movement

Jane Vassallo has thrown out two greenhouses full of zucchini flowers so far this COVID-19 lockdown, but she can still muster high spirits when talking about her latest achievement.

After 17 years of running Glossodia business, Gourmet Herbs, Mrs Vassallo and her family are being rewarded for their efforts by being named finalists in the Sydney Markets Fresh Awards' Produce Grower of the Year Award category.

"You have no idea what this means to me," she said.

"The reason I have the drive behind me is because I'm in a male-dominated industry and I can't stand to be looked down on."

Mrs Vassallo said she was at the forefront of the baby herbs movement. You'll find the micro leaves as garnishes on many cafe and restaurant dishes these days, but this wasn't always the case.

"I started doing micro basils, sage, thyme, but no one was interested in that. Then I started doing some Asian herbs and that's what they really wanted," she said.

In addition to micro herbs, the team grows zucchini flowers all year round and edible flowers. Mrs Vassallo said it made sense from a business perspective but also because the three offerings "complement each other on the plate".

"I employ other local growers to help me, from Freemans Reach, Wilberforce, Ebenezer and Glossodia," said Mrs Vassallo.

Seventeen years ago when she started growing, she was based at Freemans Reach on the banks of the Hawkesbury River, but "every two years I was getting flooded out, it was ridiculous".

She moved to a farm at Wilberforce and tried her hand at hydroponic lettuce, but between the local rabbits and ducks it put her "one step forward and two steps back".

After a fresh start at Glossodia Mrs Vassallo "wanted to do something different."

"I asked my husband to build me a greenhouse," she said. "When I started [growing micro herbs] it just went wild, it just took off, because it was something new."

Today, 90 per cent of Gourmet Herbs' produce sells to providores at Sydney Markets at Homebush Bay, making its way out to chefs across the city. The rest is made up of businesses buying direct from the farm.

She said it would "really be a great achievement" to be named Sydney Markets' Produce Grower of the Year.

"I'm not an academic student, I only went to Year 10 at school. Being a grower, it's not a lawyer or a teacher, but I love what I do," she said.

"At the moment it's heartbreaking because I have no one to sell to [because of the COVID-19 lockdown] so to win those awards would be really something."

Sydney Markets CEO Brad Latham said: "The Fresh Awards shines a light on the achievements of local business owners, talent and the fresh industry as a whole. They have all survived the turmoil of the past two years and should be celebrated."

Winners will be announced on Wednesday, September 8 at freshawards.com.au

This story first appeared at The Hawkesbury Gazette