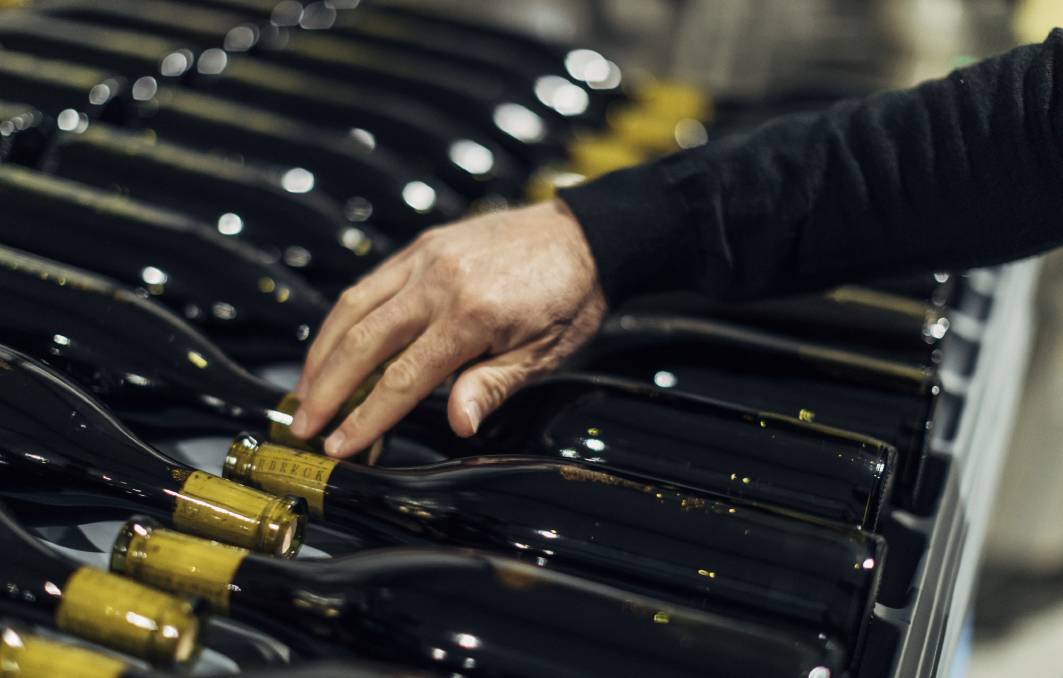 Export markets grew solidly in 2020-21, but China's punitive import taxes have slashed about 10pc from the total value of our offshore wine sales.

Australian wine sales to many of our export markets grew solidly last financial year, but China's controversial 200 per cent import taxes have effectively slashed about 10pc from the final value of our offshore sales.

A surprise late season slowdown in sales to the US also contributed to Australia's total wine exports falling in value to $2.56 billion in 2020-21.

However, excluding China, the total value of Australian exports actually grew 12pc to $1.96b, and by 6pc in volume to 643 million litres.

In stark contrast, since Beijing's punitive anti-dumping tariffs and duties were imposed on Australian wine in late November, sales to mainland China have tumbled.

Chinese imports were valued at just $13m in the second half of the financial year, compared to a huge $419m in the same period in 2019-20.

The drop in Australia's total export wine volumes around the globe was less dramatic, down just 5pc to 695m litres.

The reduced volume shipped overseas also reflected the impact of drought-weathered winegrape harvests in the previous few years which resulted in less wine being available for export.

Despite mainland China's second half orders falling off a cliff, the broader Chinese market still managed to hold sway as our biggest overseas customer base for the full financial year with purchases worth $793m.

The upbeat United Kingdom sales trend was particularly strong in the first half of the financial year as COVID-19 restrictions on restaurants, pubs and other hospitality venues sent British liquor shop sales soaring.

Competitively priced Aussie imports are a favourite on shelves in British off-licence outlets.

Fears about possible post-Brexit import duties on British imports also helped drive a 40pc leap in sales to the UK in the first half of last financial year to $255m, followed by a further 8pc ($218m) lift in the second half, compared with the previous year.

Overall, European sales jumped 18pc to $724m to become the most significant export region for growth.

North American imports were also down 5pc to $586m.

Wine Australia's corporate affairs and regulation general manager Rachel Triggs said the mainland China downturn and the cumulative effects of three consecutive lower vintages in 2018, 2019 and 2020 were key factors in the poorer export story for the year.

"Exports increased to the UK, Singapore, South Korea, Malaysia, Taiwan and Hong Kong by a combined $240m, but they did not offset the decline in exports to mainland China," Ms Triggs said.

"There were a very rare combination of events leading to both exceptional quality and really good crop size," she said.

"It could be described as a Goldilocks season - not too hot, not too cold, not too dry, not too wet - just right in pretty much all areas."

Wine Australia also estimated the average grape price lifted to its best point in about 13 years to average just over $700/tonne, although that price was only about 1pc higher than the 2020 vintage.

With China out of the export equation for seven months last financial year, the average price per litre for wine exports has slipped 5pc to $3.69.

Most of the decline in US sales hit in the final quarter, down $31m on a particularly strong fourth quarter result in 2019-20 when take home sales of Australian wine shot up as coronavirus lockdowns set in.

This year, with hospitality trade re-opening and the off-trade returning to more normal activity, there was counter-swing which hurt our export orders.