Choosing the best perennial grass species for your perennial pasture 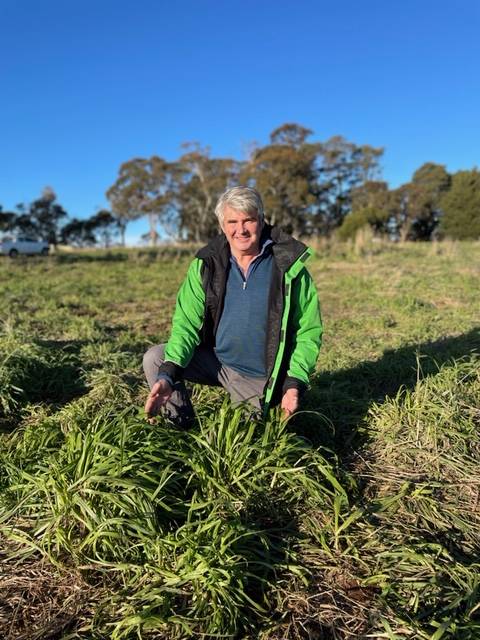 Choosing the best perennial grass species is a timeless question for many producers and one that was tackled during a recent webinar hosted by Riverina Local Land Services, Wagga Wagga.

The webinar was part of the Pastures in Practice series, and agronomist and territory business manager for Seed Force, southern NSW, Andrew Harborne, explained the benefits of including prairie grass in the mix as a productive, palatable species.

He said it was a short-lived perennial, but once the plant was established, it had the ability to set seed, which should be encouraged at least each two years.

"The prolific growth promotes a very good root system, but through time the plant usually gets overgrazed because the animals actually enjoy most of the plant including the seed head," he said.

"It has excellent palatability and nutrient quality even while setting seed and has a high feed eaten to conversion to meat or milk ratio."

Mr Harborne said prairie grass was a plant which could move into areas where there has been a nutrient loading such as sheep camps, and was an excellent option to sow into thinning lucerne stands.

"Some people have had success with that option because it does have improved autumn/winter feed yields," he said.

"It actually has very good energy to protein ratio so it will complement the lucerne pasture."

He also suggested producers rotate their grazing of prairie grass to maximise its long term productivity.

"You don't really want to graze below five centimetres because that is where the dormant buds are.

He said it was a very palatable grazing option, which was why the rest periods were important.

and therefore attractive to animals so grazing management is critical," said Mr Harborne, who is an agronomist and territory business manager for Seed Force in southern NSW.

"Before sowing an application of lime should be applied if the pH is not in balance," he said.