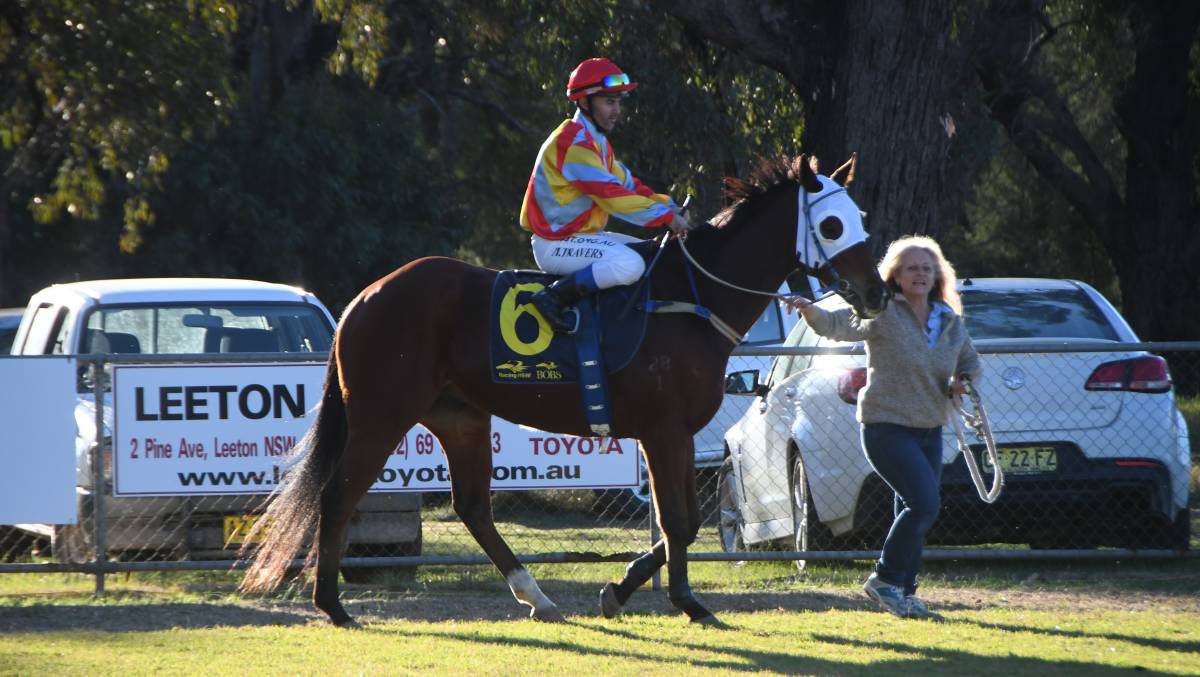 IT may have been only by a nose, but Southern Districts racing marvel Benno's Boy made it 20 wins from a long career when taking the Elders Insurance Benchmark 58 Handicap over 1000 metres at Wagga Wagga recently.

Bred in Victoria, the rising 10-year-old gelding has been prepared by a number of trainers but current honours go to Wagga Wagga conditioner Michelle Borserio.

By deceased Danehill sire Dane Shadow, Benno's Boy is now a veteran of 183 starts and which includes 57 placings (of 30 seconds and 27 thirds) for $284,724 in prizemoney.

Ridden at his past starts by Molly Bourke, Benno's Boy is obviously a tough and hardy galloper, so keep an eye out for his next appearance. 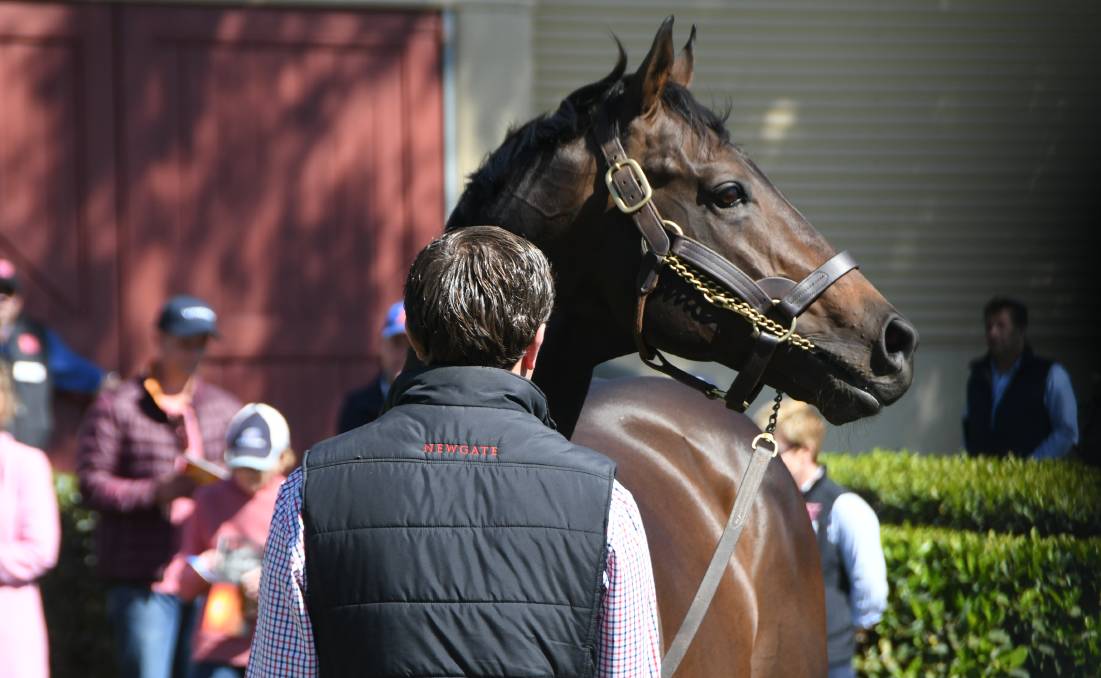 Australian Horse Of The Year now proven sire, Dissident moves to Riverdene Stud, Wagga Wagga. He features in The Land's Sires Of The Season next week.

RISING four-year-old, King's Legacy can be counted among the "new kids" at this season, the expensive yearling and dual Group 1 winner retired to stand at Coolmore Stud.

Trained by Peter and Paul Snowden at Randwick, King's Legacy was an exceptional juvenile winning the Group 1 highlights ATC Sires' Produce Stakes then went onto win the Champagne Stakes.

A $1.4 million graduate at the 2019 Magic Millions Gold Coast Yearling Sale, King's Legacy finished with three wins, a fifth as a three-year-old in the ATC Randwick Guineas-G1, from 13 starts and $1m in prizemoney.

Bella Sunday is a daughter of Single's Bar, dam of Arrowfield champion veteran Not A Single Doubt. 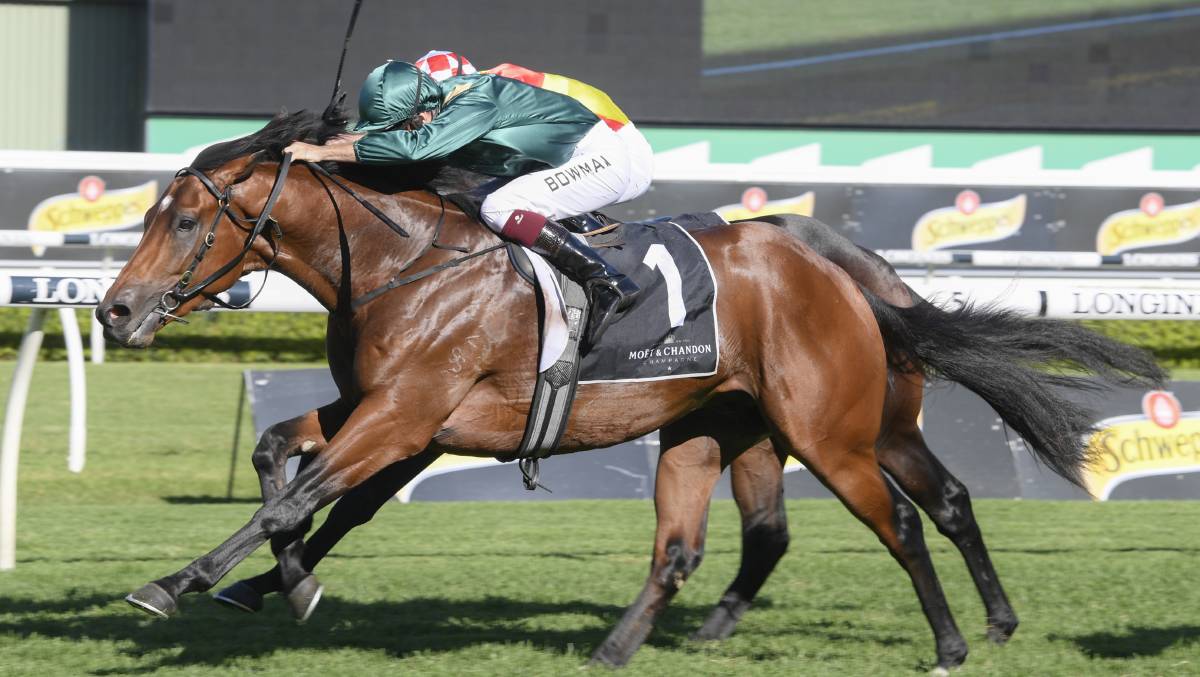 Dual Group 1 winner, Kings Legacy (and Hugh Bowman up) feature in the Sires Of The Season, being among the list of new kids stud bound this season.

TWO-year-old gelding, Alpine Wolf made it two wins from two starts when showing a clean pair of heels again - as favourite, on the tapeta synthetic track at Devonport recently.

Both significant wins, as Alpine Wolf became the first winner sired by Alpine Eagle an Australian bred son of high-profile Coolmore Stud stallion So You Think.

Standing at the Whishaw family's Armidale Stud at Carrick in Tasmania, Alpine Eagle was a talented Melbourne and Adelaide competitor winning four races including the MRC Autumn Classic-G2, and finished second in the VRC Australian Guineas-G1 - to Wandjina with Stratum Star being second.

As well as in top Tassie training stables - including Alpine Wolf trained by Barry Campbell at Spreyton, several other Alpine Eagle stock are included in top Melbourne and Adelaide stables.

CHAMPION US and European racehorse, Arazi - a chestnut stallion who continued to get "fan-mail" throughout his long life, died recently at age 32 at Mike Becker's Stockwell Thoroughbreds, Diggers Rest, north-west of Melbourne.

"The amount of fan-mail he still gets from overseas - like birthday cards, it's extraordinary."

By champion French sire Blushing Groom, Arazi was unbeaten in seven starts as a juvenile in 1991, including success in the Group 1s French Grand Criterium and a five-lengths win in the US Breeders' Cup Juvenile.

COVID-19 aside, Thoroughbred Breeders NSW and host Charles Sturt University at Wagga Wagga will conduct a breeding seminar scheduled for July 29. Bringing together leading equine veterinarians and industry professionals, topics include making the most from an abortion, semen assessment and longevity and preparing for early breeding, foaling and post-foaling management.

Sires of the Season

THE Land's long established annual Sires Of The Season will appear in next week's issue. A plethora of stallions will feature including numerous Australian bred and international stallions, as well as a list of first season sires, which will help with your decision making of which horse this season.