The Martin family achieved a perfect clearance rate and an average of $9375 at its first bull sale. 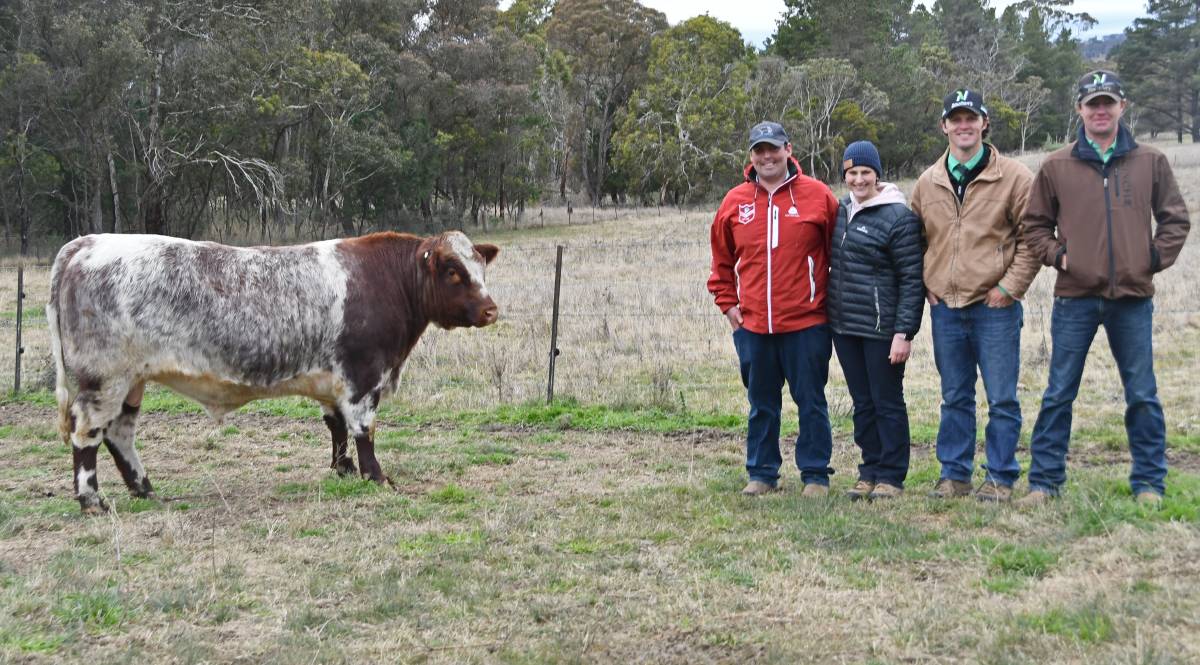 SOUTHCOTE Shorthorns first ever bull sale will be one to remember as the Martin family achieved a $14,000 top, a perfect clearance rate and an overall average of $9375.

Chilly conditions greeted a large crowd of buyers to the on-property helmsman-style sale near Walcha, which was held via AuctionsPlus.

All eyes were on the big screen as bids for all 16 bulls offered flooded in from across the district and beyond.

The sale lasted longer than 40 minutes before the final hammer fell and Southcote Roy R1 finished as the top-selling bull, after being purchased by Arranmore Pastoral Company, Manilla, for $14,000.

The 15-month-old roan coloured son of Southcote Precision P44 and out of Southcote Summer P34, weighed 631 kilograms, was rated in the top three per cent of the breed for docility, as well as in the top 10pc for weaning weight and yearling weight.

"I think he's got a bit of extra style, pizzazz and his combination of softness and shape is something that's really exciting about that bull," stud principal Sam Martin told The Land.

"We are really excited because he is the first progeny of Southcote Precision and he is going to make up the bulk of our sale bulls next year too, so it's really pleasing to see we're heading in the right direction there.

"For a young bull to be carrying that weight with softness and depth of body is really exciting."

Mr Martin said Friday's sale was the latest step in a wonderful journey for he and his wife Jodie.

"It's starting to come together for us after we bought it off the Roache family four years ago," he said.

"John Roache was the former Lord Mayor of Adelaide, as well as the former world president of the Shorthorn Association and the whole point of us buying the stud was to continue his legacy which is something we're really proud to do.

"The stud has been operating for about 50 years and the support we have received for this sale has been awesome, really overwhelming and it was really pleasing to see most of the bulls were bought fairly locally."

Mr Martin, who is also the vice president of Shorthorns Australia said this year's sale could be the start of big things for the operation.

"Next year will be a big one for us because we will probably go to 30 bulls our whole herd is genomic and we manage our operation holistically," he said.

"So we will be focusing on breeding cattle that will do on grass and we just want to keep building better commercial cattle."