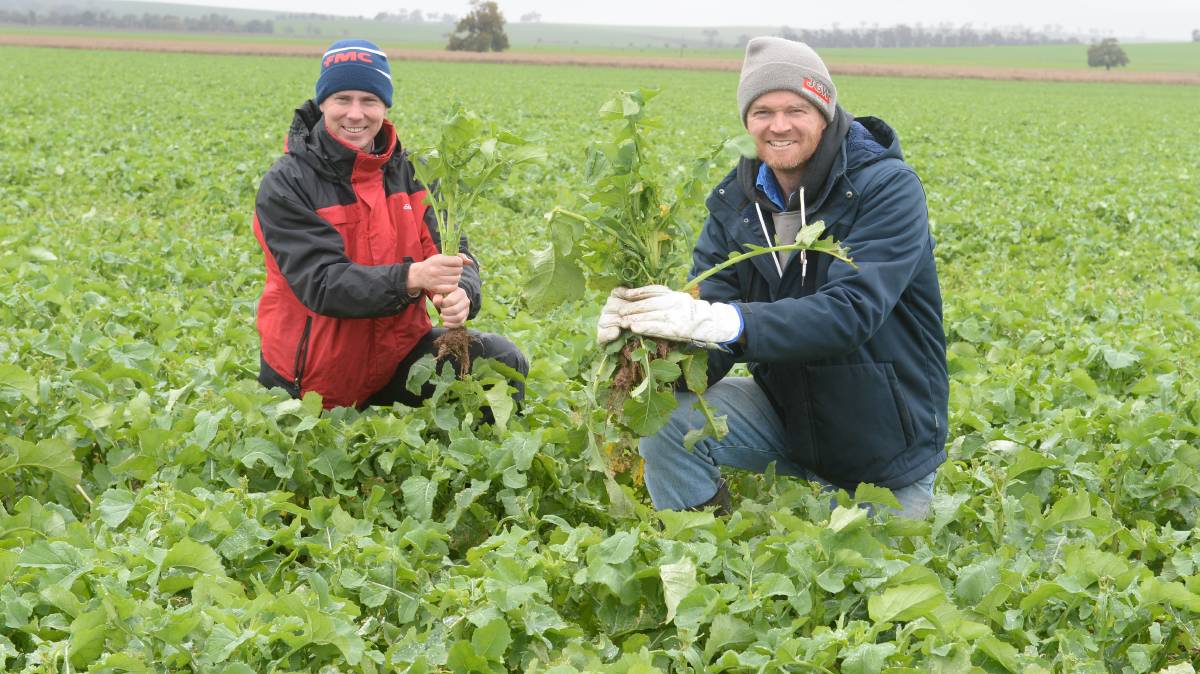 Value-adding a Clearfield 45Y91 crop by grazing 300 Merino ewes and their first-cross lambs for four weeks has boosted economic returns for Iandra Pastoral at Greenethorpe.

It's an additional practice Elders Cowra agronomist has been recommending to clients in these good wet years - "give your traditional canola grain crop a graze to add to your bottom line."

This year the 1200 hectare historic Greenethorpe property is cropping 550ha of which 220ha has been sown to Clearfield and dual-purpose canola due to the exceptional autumn and winter, and expectant price return potential.

"This is the second year we have grazed our Clearfield canola on the advice of our agronomist, Mitch Dwyer of Elders Cowra.," Mr Kershaw said. "We tried it last year as a sort of quasi-grazing when you can get a few weeks grazing off the crop."

Mr Dwyer has been encouraging clients to graze the Clearfields as traditionally they have more biomass and vigour than general Triazine Tolerant (TT).

"So, it's just utilising this in our system and finding a way where we can offset some of the cost of the crop production and splitting that over different enterprises.

"This year especially when we are seeing both livestock and grain price returns so profitable, whereas in other years we've seen the livestock really carrying this business."

Mr Kershaw said another Clearfield paddock was grazed by 600 hogget ewes for a month.

The company this year used a Bourgault 9000 Series air-seeder for the first time sowing 2.5 kilograms per ha of seed with 85kg/ha of Diammonium phosphate (DAP) in 25 centimetre spacings on April 8.

"In seasons before we have utilised contractors, but it's all about timing and had we waited for contractors this year we wouldn't have gained the high (germination) strike and utilised the grazing," Mr Kershaw said.

"By having our own machine it allowed us to go in at the appropriate time."

"Autumn rains had been good in January through to March, however April became very dry, and although there was a moisture profile from 25 centimetres down, we decided to sow 25 to 30 millimetres in depth making it perfect for germination."

He said he could have shut the crop up, "but it has the biomass and it doesn't hurt giving it a chew, which gives the crop a bit of value-add".

"This winter I am predicting we are about 10 days behind crops in the Macquarie Valley, where some are now coming into head."