From two gifts 19 years ago, Mollie Agostino has grown her Highland herd of purebred and crossbred cattle. 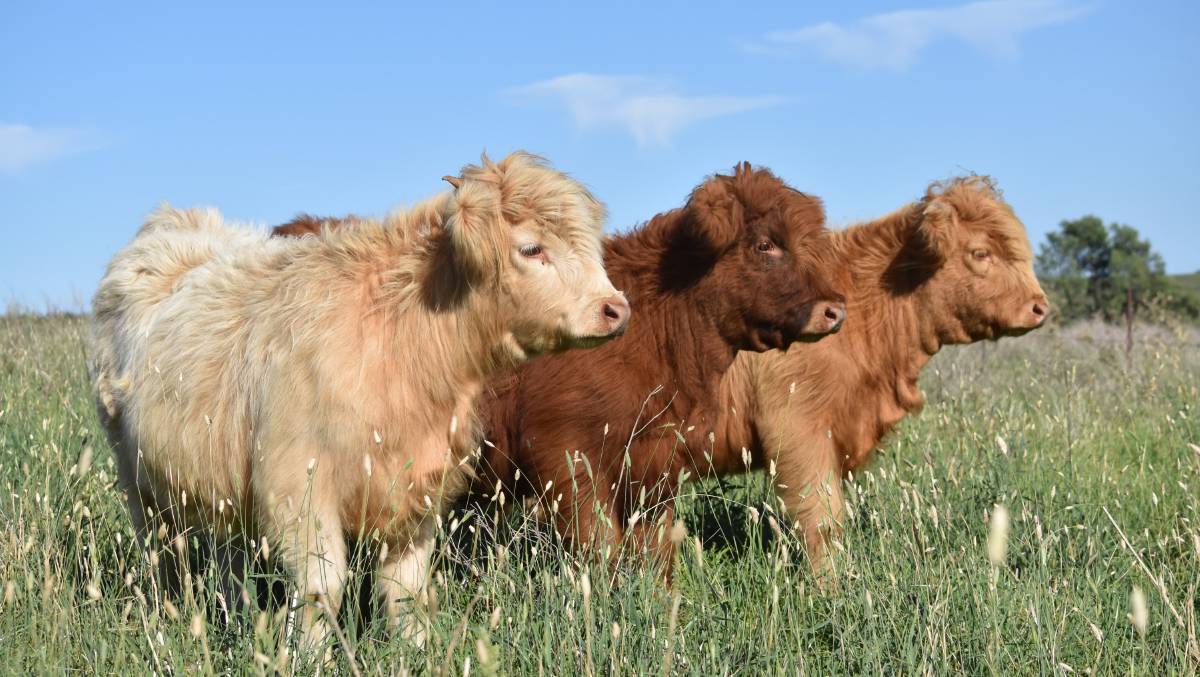 Along with her husband Paul and children Hattie and Tom, the Agostinos trade around 2000 head of cattle annually, including steers, heifers and cows.

"Usually we run around 1200 crossbred cows here that are crossed with Limousin, Simmental and Charolais bulls," she said.

"We trade more than anything, and buy in on an opportunistic basis - whatever is best bang for buck."

ALSO IN NEWS: Ekka on hold as Brisbane enters lockdown

But after Mrs Agostino was gifted two Highland females from her husband 19 years ago, she started her own venture on the side - Màilli Highlands.

"Every day he scratches his head and wonders why he did it, and I turn around and say it is the gift that keeps on giving," she said.

"The calves out of these cows have been used to replace the herd over time."

Running around 100 head of Highland cattle, Mrs Agostino usually joins 60 in a crossbreeding program to the Simmental, Limousin and Charolais bulls used in the main cattle operation that spans across their 2428 hectare property Malongulli, Canowindra and 1012ha property near Cowra.

"I keep the rest for my registered Scottish Highland bull from Michelle Mann of Omaroo Highlands at Wagga (Wagga) - only the best looking animals go to him," she said.

"Soon I'll be getting a lot of heifers from him, and trying to get them registered as C-grade Highlands and the plan is to progressively grade up to a purebred."

Mrs Agostino said the versatility of the breed, along with their calving ease and high butter milk fat content make them a good choice for breeding females.

"Highlands are versatile - they have one of the widest birth canals of any breed, and are the oldest registered breed in the world," she said.

"That gives a good reason to use them as cows; they've been around so long and no one has found significant faults."

Over the 19 years she has had Highlands, Mrs Agostino said she probably has only pulled three calves.

A calf sired by a European breed bull out of a Highland does carry the same characteristic of being 'fluffy' and long shaggy coated, but Mrs Agostino said they tend to take on a lot of the characteristics of the bull they are joined to.

"We are spring calving with the Highlands and come January (summer) they start to lose some of that calf coat and become shiny and fat," she said.

Mrs Agostino knows what breed works best over the Highlands in a crossbreeding operation, in terms of the cross that producers the best type, weight gain and returns when they are taken to market, but she is keeping it under wraps.

Like most of the other stock the Agostinos run, the Highland crossbred cattle are commonly sold through Carcoar around the 15 months of age mark once they have grown and put weight on. They also sell on-farm to other breeders.

"We are all grass-fed, no grain-fed. I prefer the taste of grass-fed meat," she said.

With relatives owning the Wilberforce abattoir, Mrs Agostino is keen to explore new avenues in creating her own luxury beef brand.

"I want to cross some of my Highland cattle with a Wagyu bull, we have tried it this year and are expecting them in October," she said.

"I want to experiment with beef that way and have a beef label in the future.

"We have killed our own Wagyu and Highlands here. The two together would be amazing. When cooking Highland the smell and taste is different, and with Wagyu it would be a great product."

The concept of using Highlands in crossbreeding programs was a topic to be discussed at the NSW Highland Cattle Field Day that would have been held on August 14 and 15 at Bowning and Taylors Flat.

It has unfortunately been cancelled due to the current COVID-19 situation.