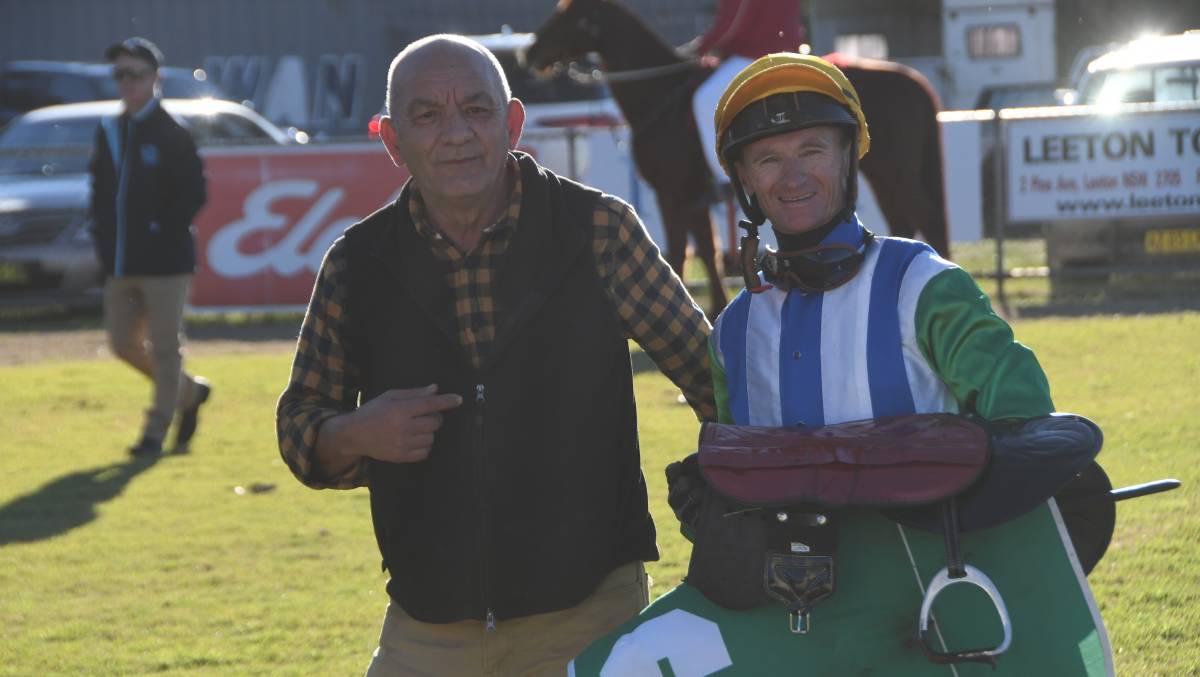 COVID-19 aside, winter feature cup races were all about the state. While Grafton's annual July racing carnival concluded with the McLean Cup at the Northern Rivers track, then the annual Carinda Cup and last but not least recently the Narrandera Cup.

Sharing that Sunday's racing honours with major Upper Hunter Valley club at Scone, Narrandera has three winter meets a year, and I happened to land at the Southern Districts town for the Narrandera Race Club's first races with public attendees since pre-Covid-19 times mid last month.

Narrandera is known for its good winter racing conditions.

According to local and former long-time committee member Joan Bashir, the club has a 135-year racing history, while its Narrandera Race Club name was initiated in 1905.

On my ventures around the grounds, I also met 90-year-old club patron Marj Anslow, who gained an Order Of Australia Medal for community work, another happy attendee lapping up the festivities trackside. 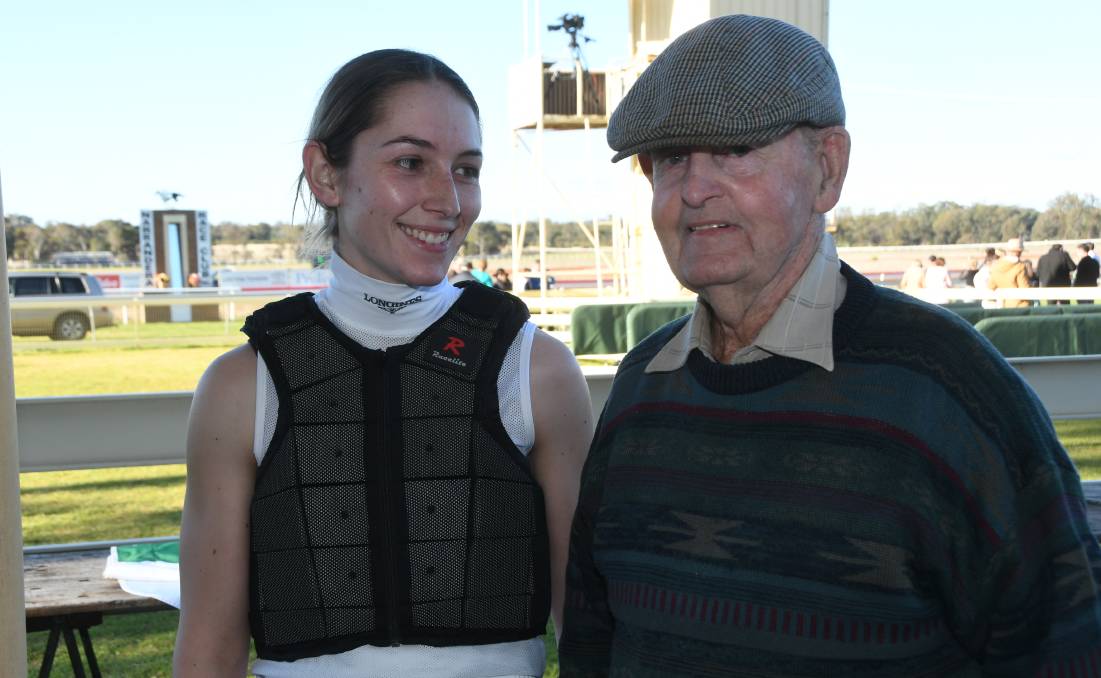 Training since the early 1970s, Peter Clancy - Leeton's lone conditioner, made a successful trip to Narrandera, when his filly Eastern Breeze won the W Clarke and Sons Class 1 Handicap.

The three-year-old was a Bowness Stud, Young, bred and sold Inglis Classic Yearling Sale graduate by Vinery Stud's All Too Hard.

The 83-year-old Clancy has a good-eye for young riders, and is known for his mentoring of apprentice jockeys, and which includes successful hoops Tim and brother Brad Clark, John Kissick, and Nick Heywood.

The latter continues to ride in the Southern Districts and had to settle for two seconds and a third that day, while girlfriend Hannah Williams (who is indentured to Garry Colvin at Wagga Wagga) upstaged him riding a winner aboard Eastern Breeze.

Willy White Socks is trained at Wagga Wagga by George Dimitropoulos who has prepared the galloper for about 10 starts, the flashy gelding's 12th win from 111 starts which have also yielded 12 seconds and 17 thirds for $251,640 in earnings. 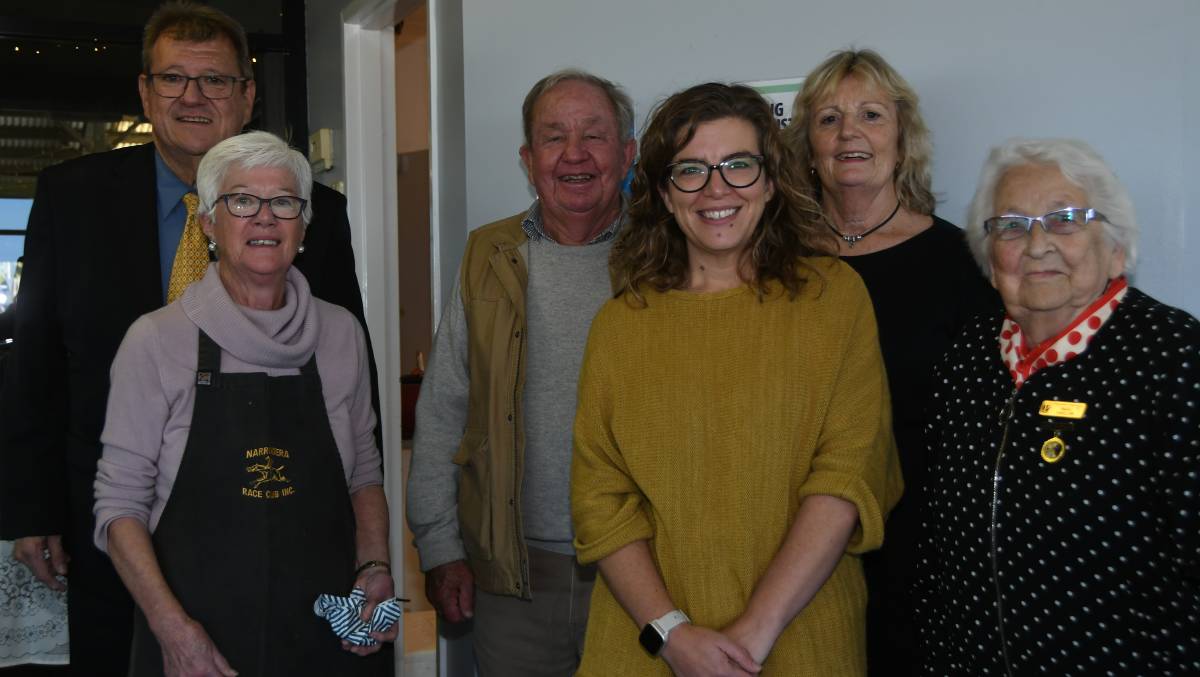 Winner of over 1000 races, the Canberra based Ward also partnered the Ron Steiner Wagga Wagga trained War Blues (by deceased Shrapnel), and Single Swag to win.

A three-year-old gelding having his first start, Single Swag had few friends in the betting as the outsider in the Maiden Plate at 50 to one, however displayed future ability.

Trained at Wodonga by Stephen Aldridge, Single Swag is by proven Lonhro stallion O'Lonhro which has been relocated to this State (from Victoria) to stand at Noel Penfold's Murray Cod Thoroughbreds at Euberta near Wagga Wagga.

WIDDEN Stud's star stallion, Zoustar, was responsible for the most expensive weanling ever sold at Inglis' Great Southern Sale, when the colt from Vergara, fetched $360,000 during Day 1 of the auction at Oaklands Junction just north of Melbourne.

Surpassing the sale's previous record of $310,000 four years ago, the new record colt was sold via Philip Campbell's Blue Gum Farm, Euroa, and went to BBT Breeding and Racing.

Like Zoustar - a son of deceased Northern Meteor, the same aged (at 11 year-olds) Deep Field sired the Sale's second top price at $290,000 for a chestnut colt from the unraced Not A Single Doubt mare Passarelle, which sold via Rushton Park, Tatura, Victoria.

The session contained 15 lots selling for $100,000 or more, with the Day 1 total of 171 sold lots averaging $35,457. The sale also sees a dispersal of horses to sell from long-established and successful Euroa breeding property Rangal Park, owned and operated by enthusiast Eric Butler. Rangal Park's Day 1 top was a colt by Arrowfield Stud's Japanese bred shuttle horse Maurice which fetched $200,000. The half-brother to two stakes winners, the colt was produced from Keltrice mare Seven Year Itch.