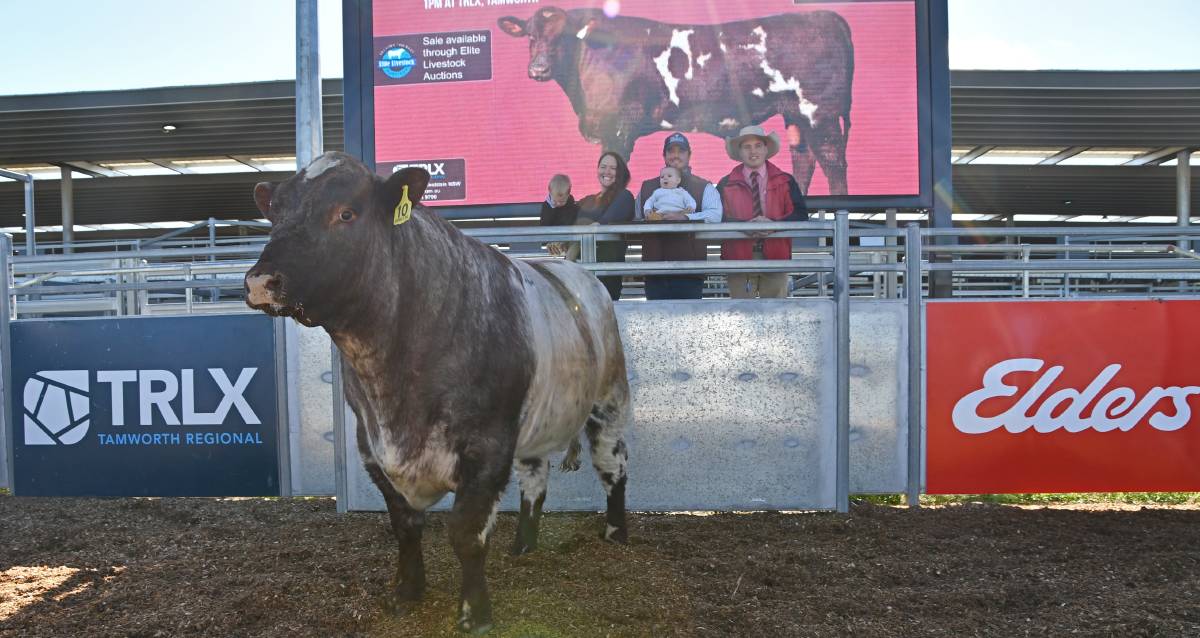 Almost 40 registered bidders flocked to the sale, while many more followed along online via Elite Livestock Auctions, vying for the 33 bulls on offer from the nine participating vendors.

In the end, it was Dubbo outfit Polldale Shorthorn stud which topped the sale with Polldale Quotient Q52, which sold to Terry Ashcroft, Nullow Park, for $12,000.

The 23-month-old son of Futurity Lazarus L159 and out of Polldale Peeress 42ND weighed 790 kilograms, was in the two top per cent of the breed for docility, had a scrotal circumference of 39 centimetres and an eye muscle area of 123sqcm and sat above average for birth weight.

Polldale's Ned Williams said the top-seller was a close relation to Polldale Quarterbak, which sold for $34,000 at the Shorthorn National Show and Sale earlier this year.

"What we really liked about him was that he was bred by our Lazarus bull out of a really good cow and is a really good heifer bull," Mr Williams told The Land.

"He's got a really good, soft hair type, thickness along the top and just ticks a lot of boxes that we look for in a bull.

"We normally intend to bring roans up to the spring fling because they tend to go pretty well up here and we will keep doing that."

"The best part about a multi-vendor sale like this is that it gives all of the vendors a chance to exhibit their stock," Mr Williams said.

"Regardless if it is a buyer's first time coming or the tenth time coming, they can come and see all of the natural variations between the different studs.

"I think that's excellent because if all Shorthorns all looked the same it wouldn't be much fun."

Mr Williams said he was confident the breed was "making waves" during the current bull-selling season.

"We're out of drought, the season is going with us, people are starting to recover and there is a bit of cash getting around," he said.

"I think the best thing has been the 1000 Guineas Program Shorthorn Beef has been able to launch along with JBS because it has put a premium on our breed and put it right up there with Angus right now.

"Not only that, it gives people a great incentive because if you're not really after Angus you've always got Shorthorns as option to help reach that premium.

"It's a really exciting time to be in Shorthorns."