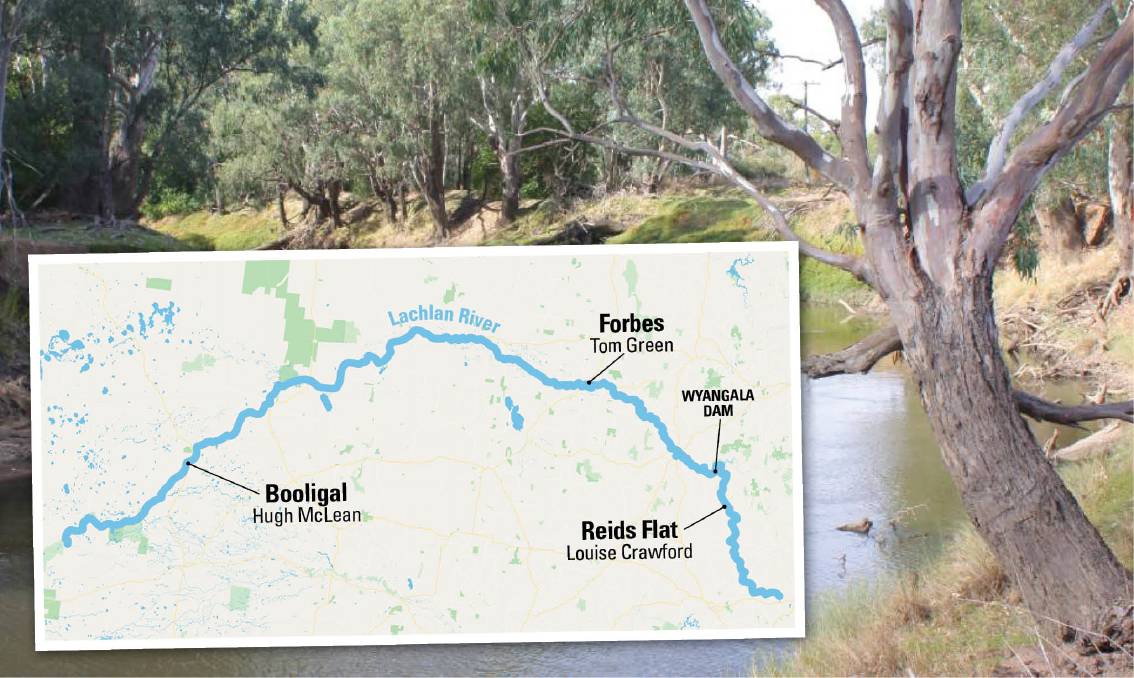 The Land spoke to stakeholders from the top to the bottom of the Lachlan Valley catchment to get their view on the contentious Wyangala Dam Wall Raising Project.

Voices from across the Lachlan.

Wyangala Dam has reached 95 per cent capacity and the rise in water is reinforcing calls from Lachlan Valley irrigators to support the NSW government's proposed raising of the dam wall. However, a counterpoint group of stakeholders opposed to the project have also united.

Those above the dam, at risk of inundation if the project goes ahead, have joined forces with landholders at the bottom of the catchment, near Booligal and Hay, who are concerned the enlargement of the dam will impact their floodplains and wetlands.

Towards the middle, from Cowra to Hillston, Lachlan general security water holders are urging for the project to go ahead, to improve water security in dry periods and to avoid floods.

The contentious project was announced during the drought, in October 2019, as part of $1 billion package for three new or augmented dams in NSW, including raising the Wyangala Dam wall by 10 metres to create space for an additional 650 gigalitres, or 53 per cent more storage.

Earlier this year an Upper House inquiry found that the NSW government had not yet demonstrated that raising the wall was a cost-effective or sustainable solution for achieving a reliable water source for the Lachlan Valley.

The project planning has continued with construction of the main dam wall due to commence in 2022.

The Land has spoken to stakeholders from the top to the bottom of the catchment, and beyond, on their view of the project.

At the end of the Lachlan Valley, Booligal and Hay graziers are concerned the dam's enlargement will reduce overland flow events in the floodplains and wetlands - arguing it would have an environmental and economic impact in their region.

Lachlan Floodplain and Wetland group member and Booligal grazier Hugh McLean said they were campaigning for compensation for impacted landholders in the lower Lachlan.

"We've requested that the individual landholders be identified, contacted, negotiated with and compensated for loss of production in perpetuity," Mr McLean said.

"It's a loss of agricultural production but they also need to be attaching biodiversity offsets to the areas which will have reduced inundation.

"Without that the whole project is an uncompensated redistribution of wealth and natural resources from floodplain landholders, ecosystems and environments to irrigators and industry."

Forbes irrigator and Lachlan Valley Water chair Tom Green argues the filling of Wyangala shows the urgent need for an increased capacity of the dam.

"WaterNSW is managing this very actively with airspace releases, and like everyone, I'm hoping we won't see the devastating floods of 2016 repeated, given the negative Indian Ocean Dipole we are currently encountering" Mr Green said.

"It's extremely important under the current climatic variability that the Lachlan Valley can store more water in very wet years, to help manage both flood events and the drought periods we will encounter in the future."

Mr Green said flooding in 2016 led to massive damage to crops and road infrastructure, with the Newell Highway closed for six weeks.

"Small floods are good for the river and it is important that significant flows reach the lower Lachlan for floodplain inundation...but much of this water can also have a substantial flooding impact upstream, so the aim is to try and manage this.

"One of the important messages about the Wyangala Dam project is that it's not about increasing extraction above the Basin Plan sustainable diversion limit, but about providing more security for water availability under a more variable climate."

Louise Crawford and her husband Dave farm above the Dam at Reids Flat, and Ms Crawford recently helped form the Wyangala Counterpoint Group.

The Crawfords believe access to the majority of their property, which is on the other side of the Lachlan River, would be impacted by the dam expansion, as would the red gums in the area. For their neighbours, inundation of their productive river flat country would be the main ramification.

"The way most people's (farming) business work here is we have steep, hilly country, which is less productive and then we have our river flats which really drive production," Ms Crawford said.

"That's where we grow grazing crops and hay, finish all our livestock - so to take that part of our businesses away is a huge blow for people up here."

However, unlike the Lower Lachlan landholders compensation is very much on the table to landholders above the dam wall - what they're seeking is clarity.

"The maps are constantly moving which has caused a whole lot of stress and anxiety for people up this side of the river," Ms Crawford said.

For Inland River Network president Bev Smiles it's the overall health of the river that is her first and foremost priority.

"Natural flows all have really important values that can't be replaced with releases from a dam," Ms Smiles said.

Ms Smiles also raised the point of who will pay for the expansion in the long-run?

"Everyone who holds a water licence in the catchment are more than likely going to be charged in the long run due to the cost recovery and user pay policies...," Ms Smiles said.

A DPIE spokesperson said the project was still in its planning and investigation stages with the final business case expected to be completed by the end of 2021.

"Options for funding the dam will be considered as part of the business case process. Price impacts for all water users will ultimately be subject to a determination from IPART," the spokesperson said.