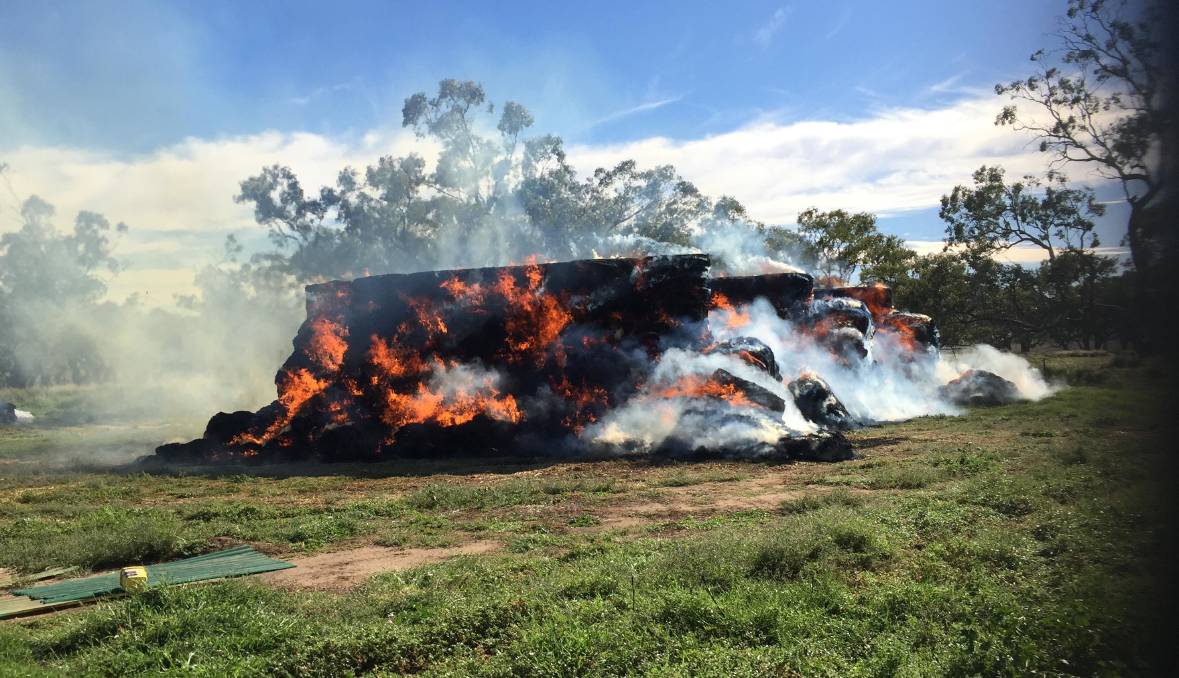 Ruined: A Gulargambone farmer was forced to burn their hay after mice contaminated it, rendering it toxic. Photo contributed.

A total of 1000 farmers are set to benefit from Rural Aid's mouse plague fund.

An image of hay bales going up in flames shows the devastation caused by this year's mouse plague.

The Gulargambone farmer in the central west of NSW was forced to burn the dried fodder after mice contaminated it, leaving it toxic, Rural Aid reports.

The image was released by the charity as CEO John Warlters said its offer of support had received a huge response from farmers, highlighting the extent of the damage.

Many applicants to its$1 million mouse plague fund said they had put away a lot of new hay for the next dry spell or as supplementary feed for winter, only to have it destroyed, he said.

Another common case was the rodents getting into machinery and damaging it.

"So a whole range of responses, and all those problems around the smell issues of dead mice in behind wall panels and in ceilings and just the smell of mice full stop, through houses," he said.

The charity has closed applications for its mouse plague fund after six weeks, with 1000 farmers approved to receive a $1000 pre-paid Visa card to help with recovery. 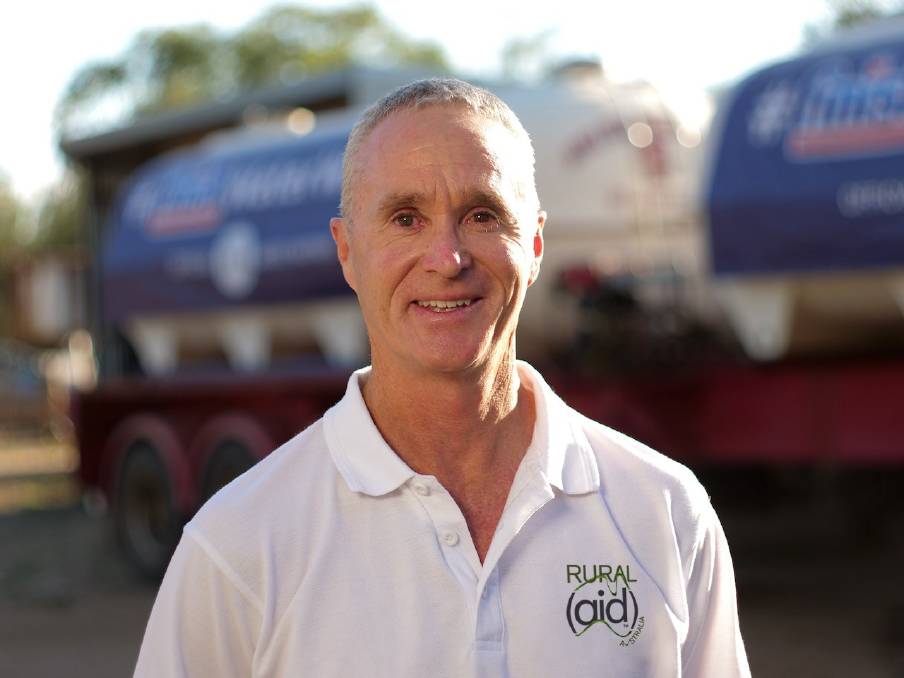 "We certainly had plenty of applications from Queensland and a handful also from Victoria," he said.

"But it really was the central west of NSW that dominated, and probably just reflects it was almost like the epicentre of the plague."

In the wake of a bumper harvest in late 2020, after three years of drought, mouse numbers grew and they ruined some summer crops and stored hay, and invaded silos, sheds, houses and businesses across a large tract of western NSW.

Mr Warlters said it had been a blow to farmers.

"Trying to do the right thing, and prepare ahead of time by storing fodder, having that hay at your disposal when it might be needed in the future in a drought scenario or again just as supplementary feeding in winter to finish livestock, get them ready for sale or just to maintain them in good condition through winter," he said.

So to see that forward-thinking work destroyed by mice, that's got to be pretty soul-destroying in its own right. - Rural Aid CEO John Warlters

"So to see that forward-thinking work destroyed by mice, that's got to be pretty soul-destroying in its own right."

Whether the mice returned in spring was the "million-dollar question" but Rural Aid would keep a close eye on numbers, Mr Warlters said

Rural Aid can provide other support and has a team of counsellors. Mr Warlters encouraged farmers to call 1300 327 624 or email contact@ruralaid.org.au 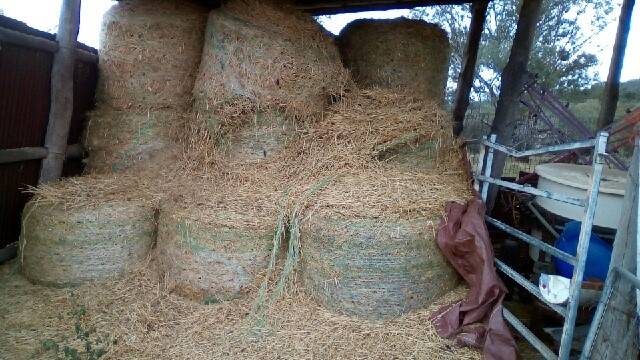 Each eligible farmer is being issued a $1000 pre-paid Visa card, which can be spent on whatever will help them recover from the mouse plague.

"Every little bit helps, my word it does," Mr Groth said.

Mr Groth said he'd "never seen anything like it" during the peak of the plague.

"We got 54 mice in a trap on the veranda in one night," he said. "The worst thing is the smell of them."

By March CSIRO mouse expert Steve Henry said an area from Armatree northwards was dealing with a "full-blown plague".

Rebates of up to $10,000 opened up this week for eligible farmers to assist with buying zinc phosphide mouse bait at part of the NSW government's $150 million mouse control package.