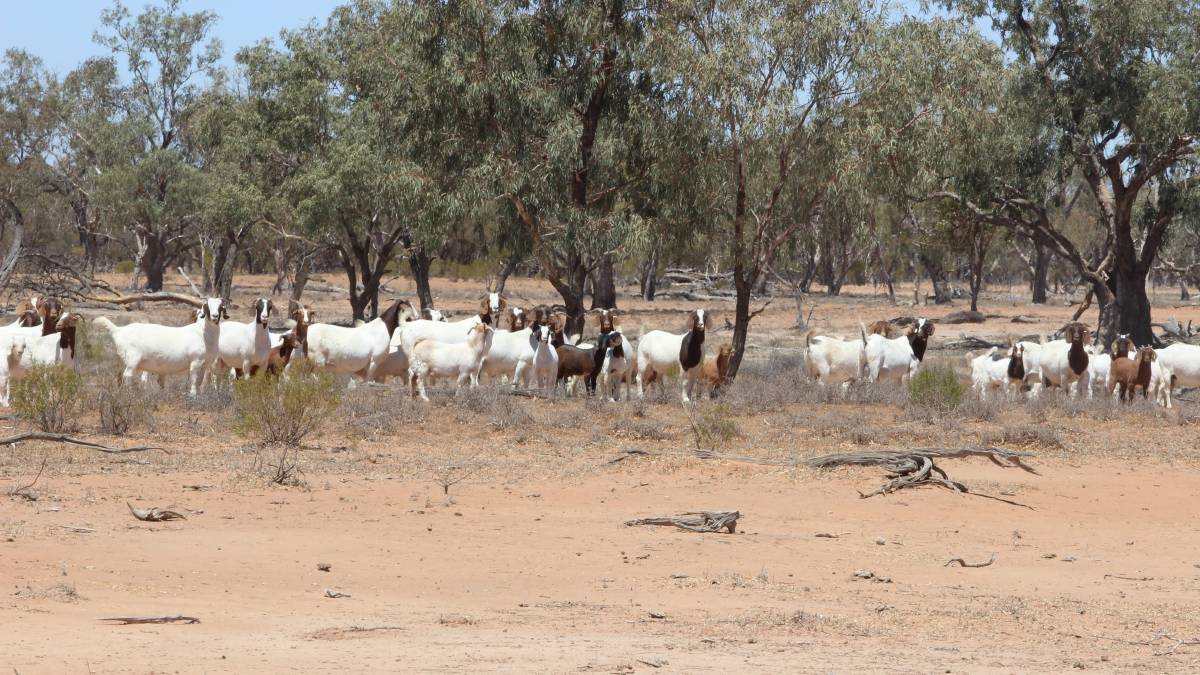 An increase in goat supply has been met by strong demand.

Online goat listings have surged over the past fortnight with some in the industry attributing the big offerings and strong demand to a general buoyancy across all areas of the red meat sector.

A total of 5815 goats were offered on AuctionsPlus in the past two weeks - an increase of 142 per cent on the previous fortnight.

AuctionsPlus reported that the sale on July 27 had 1154 head listed, while Tuesday sale saw 4661 head offered.

The bulk of the offering (78pc) were drawn from NSW with western NSW being the largest supply region.

Western Queensland followed as the second largest listing region for the fortnight, then the Northwest Slopes and Plains of NSW.

AuctionsPlus reported that increased supply was met with improved demand from the previous fortnight, as 5,562 head sold - registering a 96pc clearance rate.

Goat Industry Council of Australia vice president and NSW producer, Katie Davies, said this current market was a continuation of the "exponential boom" the sector had been experiencing over the past three years.

"It is a culmination of a lot of factors - good seasons, good stock and the stock are fat," she said.

"I know a lot of people are still in drought but numbers are rebuilding and people are seeing the opportunities. There is a lot of buoyancy and confidence in the red meat industry generally at the moment.

"I think it is just demand for protein that is helping to drive the market."

Lambs on hand up 35 per cent as flock rebuild continues

Rangeland does were the most populated category with 3,668 head offered across the two sales and were in strong demand, with 99pc clearance achieved. Prices ranged from $121 to $186, to average $151/head.

From Cobar, NSW a line of 1- to 5-year-old Rangeland does with kids at foot, weighing 31kgs, returned $183/head and will travel to Roma.

Boer cross Rangeland does were the second largest listed category with 1,079 head offered.

The top priced lot hailed from Mystic Park in Northern Victoria - as a line of 85 first cross does, scanned in kid to Boer bucks, which returned $300/head.

The does were 6 to 12 months old, weigh 28kgs and will remain local, travelling to Swan Hill, Victoria.

A further highlight was a line of 580 joined first cross does with 50 kids at foot from Quilpie, Queensland - which sold for $245/head.

The does are 1 to 4 years old, weight 28kgs and are scanned in kid to Red/White Boer and Kalahari Red bucks - they will head north to Charters Towers, Queensland.