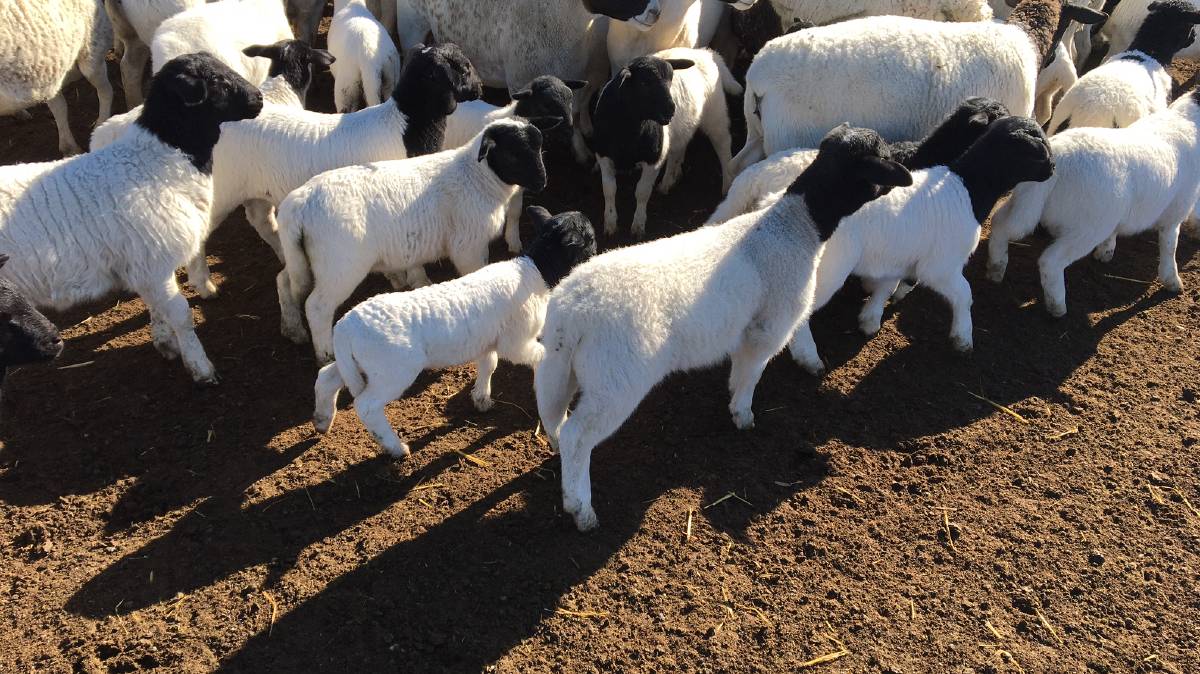 EFFICIENT PRODUCTION: The Chalmers family's Riverina-based Dorper flock has shown big improvements in structure, fertility and temperament over the past five years.

The family has bred Dorpers since 2008, after making the switch from woolgrowing.

Mr Chalmers' father Harold was a stud producer, owning the Canary Island Poll Merino stud, but a few generations on, prime lamb is the focus.

The easy-care, simple operation of a self-replacing flock was a big appeal.

"In the early 2000s wool wasn't very rewarding and we had three sons working with us at that stage, but none of them liked wool growing - they like growing crops and tractor driving, so we decided to move into Dorpers after dabbling briefly with Damaras," he said.

"We had been using terminal sires over our Merino ewes before Dorpers, but that meant that we had to replace the ewe flock.

"Being self-replacing is a big thing in the Dorper's favour - you don't have to source outside breeders."

In 2010 they went into stud breeding, establishing the Neimur Dorpers stud, which ran for seven years, with 400 stud ewes at its peak.

Part the reason for the family focusing on commercial production again was the exceptional results with Burrawang genetics, which were introduced in 2016.

"We had outstanding improvement in our stud sheep then my stud manager left and it takes a lot of time, staff commitment and land to run a stud, so I decided to exit stud breeding," Mr Chalmers said.

"We like the Burrawang genetics because we're seeing year-on-year noticeable improvements in our commercial flock in the conformation of our ewes.

"We've also had a gradual increase in lambing percentage, and the temperament has improved.

"Burrawang's classer Wicus Cronye classes our ewes on the Burrawang standards to retain about 25pc of our maiden ewes, because we're getting the genetic gain.

"They're really improving with every generation."

As a Dorper breeder there's only one game - selling as lambs - so we want them to grow as quickly as they can. - Rod Chalmers, Riversleigh, Barham

Conformation is key for the Chalmers production, and it's an area in which the Ootha-based stud excels.

"Our earlier ewes, when we bought our first commercial Dorpers, would break down at a young age, but the Burrawang sheep don't have any issues.

"We have been buying there for five years and the original rams are still working,"

Growth rates have also improved in the past few years, with lambs maturing up to a month faster.

"As a Dorper breeder there's only one game - selling as lambs - so we want them to grow as quickly as they can," Mr Chalmers said.

"Our lambs are usually ready for sale in five to six months, and the really good ones are even quicker."

The family runs a tough but efficient program, with all ewes either in lamb or having a lamb at foot at any point.

"We join them while they have lambs at foot and they seem to be able to take them pretty well," Mr Chalmers said.

"We join six weeks after the start of lambing, and leave rams in for six weeks, then they're scanned six weeks after that, averaging 85 to 95 per cent scanned-in-lamb at that time. We're about a month off two joinings a year, but it's certainly better than three every two years.

"With the Dorpers you can lamb at any time of year, but we try to avoid January and February because of the heat.

"It means we have fat lambs on the market year-round."

While it's an intensive program, ewes get a second chance to get in lamb before culling. The quick joining limits the number of twins, but it's not an issue.

"We're getting a reasonable percentage of twins, but really, one good lamb from each ewe is good for us."

The property's mix of country includes the irrigated rice paddocks and bushland, along with dryland cropping.

"We have a lot of natural bushland and plain country that hasn't been irrigated, and we grow a lot of cereals," he said. "The sheep are happy to follow into that stubble, but we also irrigate pasture for finishing lambs.

"We've had a lot of success with Atomic annual ryegrass in particular. We used to be big sub clover growers, but we've gone away from that, towards more grass pastures, so we'll sow Atomic ryegrass, and we grow grazing oats as well." 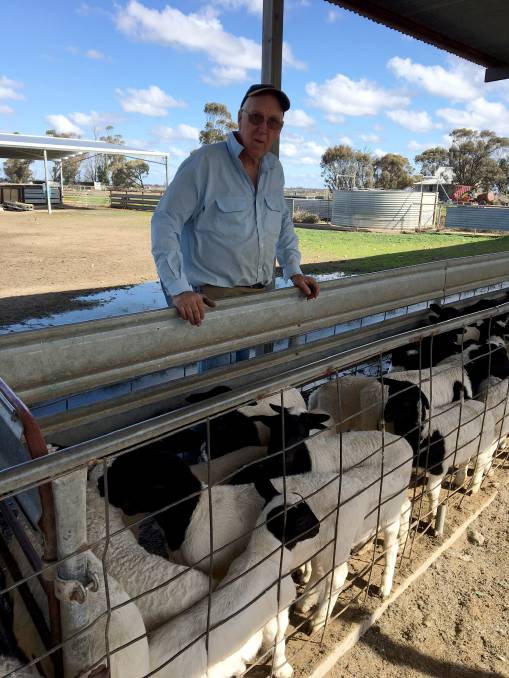 QUALITY GENETICS: Rod Chalmers is a long-time Dorper breeder who has an intensive program with 6000 Dorper ewes run alongside rice and cereal production.

Lambs are weaned and finished on pastures and supplemented with grain and hay.

Most lambs are sold over the hook, with a target of 18 to 24 kilograms carcase weight.

"I don't believe Dorpers are particularly well suited to higher weights, and they mature quickly up to 24kg dressed weight."

Mr Chalmers uses an automatic drafting machine to draft them into weight categories, which means he's always selling a consistent line of lambs.

The consistency also pays off when selling surplus ewes, and the family has receiving prices from $300 to $400 for surplus ewes, of various ages, scanned-in-lamb.