Limitations on processing capacity during the spring flush is causing the red meat industry concern. 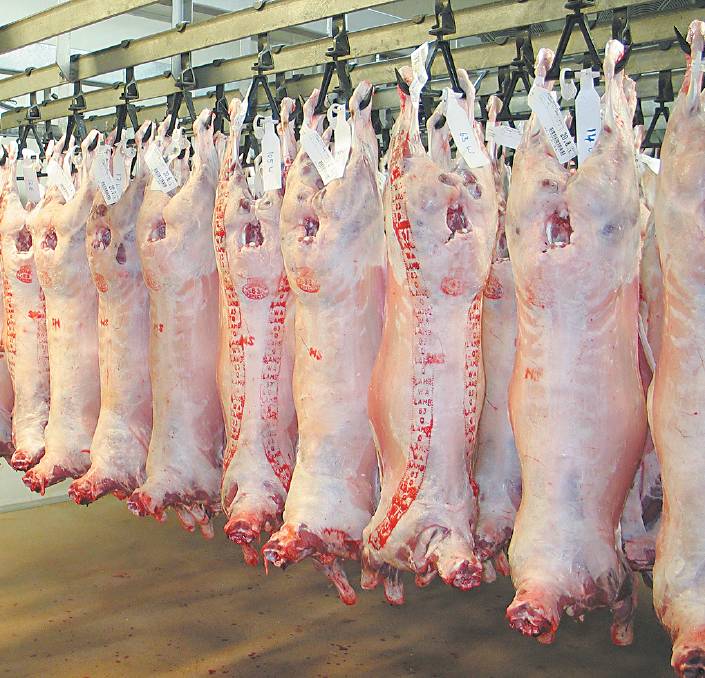 CHALLENGE: How many lambs are going to be on the market in the spring and how they are all going to end up in boxes is a real unknown.

Limitations on processing capacity during the spring flush due to the lack of seasonal workforce from closed borders is causing the red meat industry real concern.

Coinciding with a stronger lamb and sheep supply the industry has seen in years, experts are saying the worst case scenario is a bottleneck pushing lamb and sheep prices well below last spring.

According to those in the processing sector, with COVID-19 limiting the availability of seasonal workers to help process the spring flush of lambs, just how many lambs are going to be on the market in the spring and how they are all going to end up in boxes is a real unknown.

Will Barton, of Gundagai Meat Processors, said conversations with customers around scanning and more recently, marking nd following their lambing percentages, will see supply in good stead after a couple of challenging years.

"In the spring, what is traditionally called the spring lamb flush, we can see a 25 to 35 per cent increase in processing capacity," Mr Barton said.

"Processors generally ramp up to cater for that, but is it going to be more difficult this year as everyone in agriculture in regional Australia is searching for regional labour."

He said in the next two to three months they would traditionally hire an additional 50 labour units to cater for increased supply. But this year, trying to find 50 extra people is going to prove a real challenge.

"Those people would normally go into labouring positions such as packing on our boning rooms.

"Last year we were lucky because their visas were extended, but this year, they aren't around anymore and also last year the supply wasn't there either so it was less dramatic."

He said this year, without being able to access those backpackers, they are much more likely to set their daily and weekly production schedule around labour rather than around livestock supply and market commercial considerations, which he said, is "not a normal thing for us".

"This year there will be more of a limitation on how much we will be able to respond to increased supply despite what the commercial opportunity might look like," he said.

"And that's likely to either have the implication of reducing price or pushing a lot of lambs back.

"It might create an opportunity for restockers or it might mean that we have a few heavier lambs around later in the season."

According to an analytical report by Mecardo, if slaughter is constrained to the highest levels the industry has seen this year, which is about 2.2 million head per month, there will be more than 600,000 head excess.

This sort of excess supply will be hard to spread into the New Year, especially if capacity remains constrained.

If slaughter was constrained to the maximum seen for the year-to-date, this would leave an excess of one million head of sheep and lambs just in October and November, which would carry over through the first half of 2022 if processing capacity can't be increased.