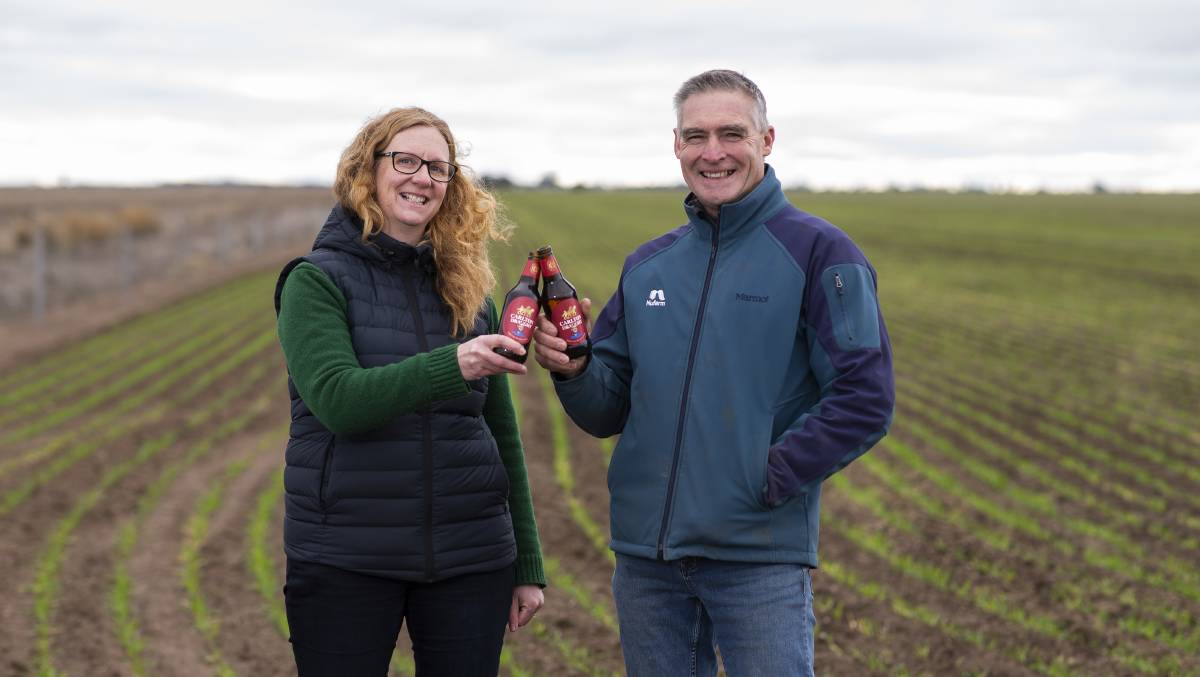 A major Australian brewer will now be sourcing all of its barley locally after cutting ties with bulk handlers to buy direct from growers.

ONE OF Australia's most iconic beer producers, Carlton and United Breweries, is going back to its roots and sourcing all its barley locally.

Asahi Beverages, parent company of CUB, announced recently that flagship Victorian beers such as Carlton Draught and Victoria Bitter will be brewed with 100 per cent Victorian barley, purchased directly from farmers.

CUB will look towards the state's barley heartland in the Wimmera and Mallee for its supplies.

It is believed to be the first time in decades CUB beer has been made exclusively with Wimmera-Mallee product.

Asahi has switched around its purchasing patterns to bypass intermediaries, such as the bulk handlers, and go direct to the source.

The company said the set up was a win-win, with farmers getting payments that otherwise have gone to the bulk handlers and Asahi Beverages getting clear sight of the growing process to ensure only the best, sustainably grown barley is used.

"Barley malt is the heart and soul of our beer and defines its taste, aroma, colour and foam," Ms Laing said.

"It's fantastic Victorians can now enjoy a fresh Carlton Draught, Victoria Bitter or any beer brewed at Abbotsford knowing they're directly supporting sustainable growing practices and Victorian farmers," she said.

CUB's Abbotsford brewery is a significant buyer of barley so the commitment to Victorian farmers is significant.

"We buy 30,000 tonnes of barley each year for Abbotsford and, barring natural disasters such as a drought, our barley will only be purchased direct from Victorian farms from now on," Ms Laing said.

There is an increased focus on traceability in the new system.

"Under the new program, the provenance of a grain can be traced right back to the paddock," she said.

"This will help us better understand the variables that influence barley quality and means beer lovers can be told precisely where the barley has been grown."

More than 30 Victorian farmers have signed up to the new program.

Wimmera farmer John Bennett, who is growing barley for CUB welcomed the move to source the barley straight from growers.

"Working directly with the brewers to produce the highest quality grain and beers is fantastic," Mr Bennett, who farms at Kaniva, said.

"This direct purchase model not only benefits farmers but the communities we live in too."

Asahi Beverages' direct-purchase program has recently expanded to Queensland and NSW, bringing the amount of barley that will be directly purchased from farmers across Australia to about 70,000 tonnes a year.