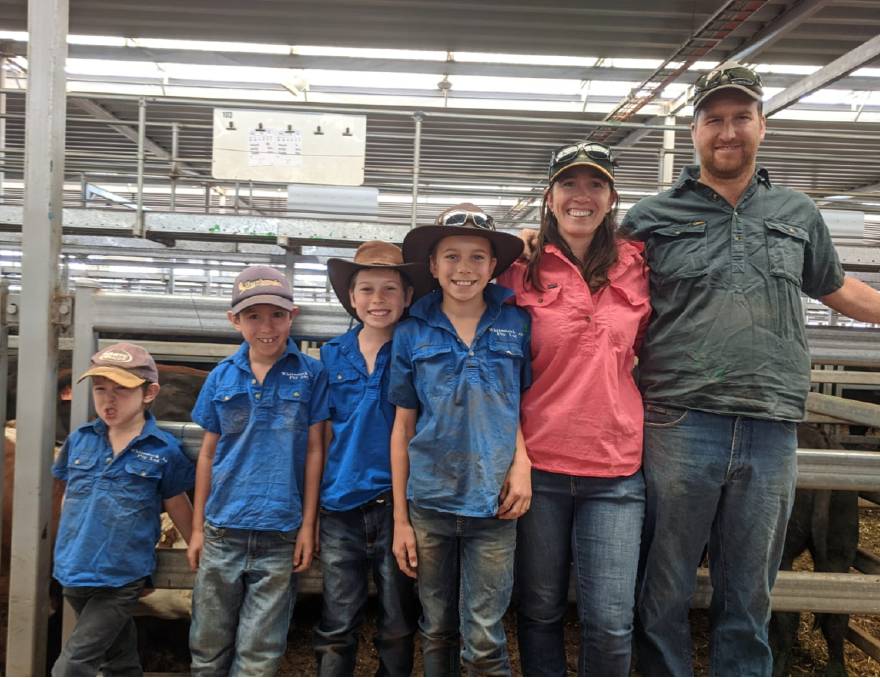 Buying their own farm seemed little more than a dream for Andi and Hayden White of Tocumwal until adversity opened their eyes to the options.

Six months ago, Andi White thought farm ownership on a commercial scale was way beyond her young family but now they're counting down the days to moving onto the property of their dreams.

It all began with a call from the owner of the three Tocumwal farms managed by her husband.

He had received an offer too good to refuse but was honouring a promise to give the Whites first option if ever the property came up for sale.

Already paying off their first 120 hectares, the couple was desperate to buy the neighbouring block, which would take their total holding to 381ha, just a little shy of 1000 acres.

The hopeful Whites approached their bank.

"The bank manager basically said, 'Not a chance in hell, no way, don't even think about it, you cannot do this'," Mrs White said.

"We had to go out with our tails between our legs and asked ourselves what we were going to do with our lives if we couldn't do this.

"We thought, 'We're never going to be able to do this when there's big guys who are going to outbid us every time'."

"It was not worth that much but it is, because the land traders are willing to pay it because they know they can flip it," she said.

"That puts the pressure on everyone else in the area who is desperate and there's just no land available."

A lifeline arrived in the form of Cultivate Farms, which matches retiring farmers with aspiring farmers and investors.

It's the brainchild of Sam Marwood, who said the service had made 17 successful matches in the last three years. The largest of the settlements so far has been for a $10 million property.

Mr Marwood said there were plenty of aspiring farmers and finding investors was no problem, either.

"There are accountants and lawyers out there who have clients with money in the bank and we're saying, 'Why don't you invest in your local community and back a next-generation farmer?'," he said.

"The word 'investors' can sound scary but you probably know them already.

"You need to promote yourself like Andi White and Hayden, get out there and tell people why you're great, why you can make money, how you're already doing it and why they should back you."

With Cultivate's encouragement, that's exactly what the Whites did, building themselves what they called a Tiger Team comprising an accountant, bank manager and solicitor who wanted them to succeed.

Three months of weekly meetings with Cultivate Farms helped the Whites create a pitch with all the supporting documents that spelled out just how attractive the couple's plan was for an investor.

Meanwhile, the company that had made the original, irresistible, offer for the three farms backed away and, suddenly, everything came together for the Whites.

Private investors agreed to contribute seed money on an interest-only basis, which satisfied the bank.

The investors receive a higher interest rate than the bank rate and will be paid out as the White family builds equity.

The Whites are now preparing to move into their new home and plan to to run a mixed cattle and cereal crop operation.

"It's brought a really simple, pure joy to us," Ms White said.

"It's so cool. We keep driving past the farm, thinking, 'We're real farmers now'."

Ms White hoped her family's story inspired other farmers desperate to get more of a toehold in the booming industry.

"There are so many different options," she said.

"Don't take no for an answer. If your heart's set on it, just keep going, because we got there.

"We weren't ever really going to consider anything else. And then, we made it happen."

Love agricultural news? Sign up to our free daily newsletter and start your day with all the latest in ag

The story Landing a farm when prices are sky-high first appeared on Farm Online.