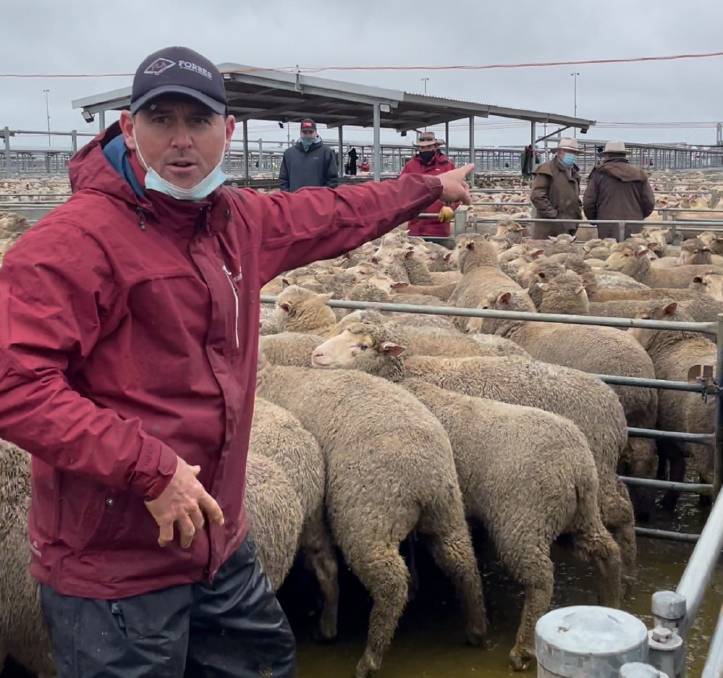 THE sizzling prices for new season lambs may have caught the attention at prime sales last week, but older extra heavy lambs were also on the boil at Forbes.

A pen of about 150 lambs, tipping the scales at an estimated 37 to 39 kilograms (carcase weight), attracted spirited bidding to be knocked down for a Forbes saleyard record of $364 a head.

Forbes Livestock and Agency Company agent Sam Mackay said many would assume they were second-cross because they achieved the top price, but the $364 lambs were first-cross White Suffolk/Merino.

"They were sold by Weeroona Bribbaree Pastoral Company, Bribbaree, which were certainly able to provide a great run of lambs for the sale on Tuesday last week," Mr Mackay said.

He said the supply of heavy lambs had dropped off much more quickly this year when compared with past years and that was helping drive buyer demand.

"Usually we start to see prices decline for old lambs when new season lambs come in, particularly from Victorian producers, but this hasn't been the case so far," he said.

Meat and Livestock Australia market reporter Graeme Richard said both the supply and quality of the lambs was up.

"The market sold to a cheaper trend on average with the exception of extra heavy old lambs," Mr Richard said.

He estimated the extra heavy old lambs were about $15 dearer than the sale the week before.

Across the state, MLA's Heavy Lamb Indicator was on 979 cents a kilogram, which was up about 340c/kg on the same time last year.