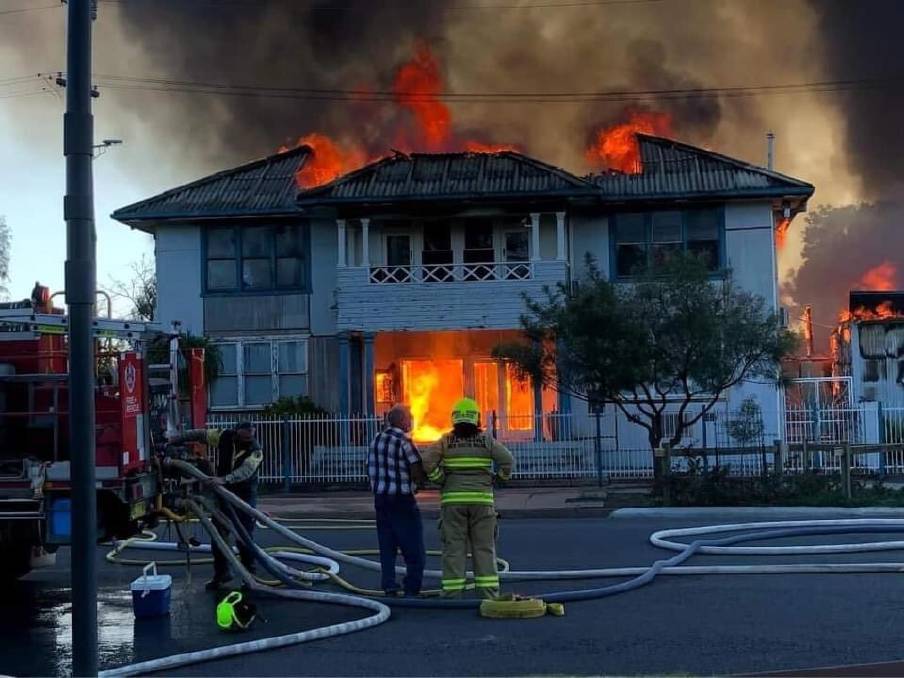 GENERATIONS of the Bourke community's war memorabilia has been lost after a fire ripped through one of its most historic buildings on Wednesday.

Emergency services were called to Diggers on the Darling, also known as the Old Oxley Hall, on the corner of Mitchell Street and Sturt Street at about 3.30pm after reports of a fire.

Despite the best efforts of fire crews, the building was destroyed along with generations of the community's military memorabilia.

No one was injured in the fire, but police are investigating the incident and are treating it as suspicious.

Bourke mayor Barry Hollman said the loss of the building, which acted as the community's RSL club, was "just devastating."

"I might be just speculating, but I think we could have lost six or seven generations of history," Cr Hollman told The Land.

"Years ago, it was the RSL club of Bourke and alongside that was our hall, which became the one thing.

"The town is in a bit of a lull this morning because grew up with it, it's part of our heritage and has been part of our community for generations.

"I think the saddest part is the memorabilia we have lost because you can't put a price on it because it's all from World War I, World War II, Vietnam and all of those sorts of things and we have lost all of it."

Recently, the building was used to welcome NSW Governor General Margaret Beazley AC QC, which Cr Hollman said was just one example of the beloved site bringing the community together.

"It was used for things as official as that, as well as for dances years ago and a variety of other things, that's the type of place it was," he said.

"Of a morning down there, they would do 30 or 40 breakfasts as well as 50 or 60 cups of coffee, so we have lost that side of things as well.

"On top of that, there is probably 12 people that have lost their jobs, so to have something like this happen to your town is just devastating."

Wednesday's incident is the latest in a string of challenges for the Far West community, including drought and more recently the unwelcome outbreak of COVID-19.

"It certainly is a kick in the guts," Cr Hollman said.

"There's never really a good time for something like this to happen, but it's hard to imagine it happening at worse time with everything that's happening with COVID-19.

"However, our community is resilient and while we may be feeling it right now we will pick ourselves up again soon enough."

In an eerie coincidence, the devastating fire comes exactly one year to the day since a fire ripped through the main street of Mungindi, destroying several shops including the town's supermarket.

Barwon MP Roy Butler said he would do all he could to help the community rebuild its beloved institution.

"There's nothing quite like Diggers in Bourke so it will be a huge loss for the town and I just really hope the decision is taken to rebuild something on that site," Mr Butler said.

"If we aren't able to ensure something is built on the site it will leave a big hole right in the middle of Bourke and that's the last thing I want to see happen."