AWARD WINNERS: The prestige of Moorlands Biodynamic Lamb continues to grow as the awards keep coming in. Photo: Alan Benson

On the upper reaches of the Lachlan River, equidistant between Goulburn and Boorowa, is a sixth generation sheep meat farm with a difference.

On the upper reaches of the Lachlan River, equidistant between Goulburn and Boorowa, is a sixth generation sheep meat farm with a difference.

Vince Heffernan joins between 1500 to 2500 Texel ewes in a self replacing flock on his 1200-hectare Moorlands property, producing award winning lamb which he sells direct from the farm.

Vince's practices are obviously working as Moorlands Biodynamic Lamb was awarded a gold medal in the 2021 delicious Produce Awards.

Some of Australia's leading chefs blind-tasted produce from throughout the country, and for the third time in four years, deemed Moorlands Biodynamic Lamb worthy of the accolade.

"This consistent winning of awards of such integrity goes to the reality that Moorlands Biodynamic Lamb is considered some of the best lamb in Australia," Vince said.

This consistent winning of awards of such integrity goes to the reality that our lamb is considered some of the best lamb in Australia. - Vince Heffernan, Moorlands Biodynamic Lamb

"A win for the environment through greater ecosystem functionality and enhanced diversity has translated into a win for the lamb and those who consume it."

Vince is passionate about the way Moorlands operates.

"Moorlands is run on an organic basis called Biodynamics," he said.

"This is a soil up approach to grazing with microbial dense innoculants added to soil to repair issues such as compaction, acidity and low available nutrient levels.

"The soil benefits in many ways from the diversity in numbers of soil micro-organisms including bacteria, fungi, nematodes, and protozoa such as ciliates, flagellates, and amoeba.

"Healthy soil flows through to the plants that depend on them and the sheep that consume those plants."

The alluvial flats along the two creeks and river offer growth from late spring into autumn with some planted to Lucerne to tap into the water table below.

The shale based duplex soils have a diverse range of native perennial grasses, and these predominantly summer grasses power the farm through the hotter parts of the year.

The backbone of basalt ridges shows great growth through the colder period of the year and responds earlier in late winter to early Spring.

"There is a constant source of good pasture for the various needs of the lamb operation," Vince said.

"They are lifting ewe weights post weaning, are a rising plane of nutrition during joining, lambing and the high needs period of lactation, while finishing older lambs too.

"Our sheep are rotationally grazed at Moorlands.

"The use of big mobs, up to 2500 head, in small paddocks creates high density grazing.

"This holistic grazing program is essential to the health of the soil, the pasture and the animals on Moorlands.

"During drier times, stock numbers are decreased to match stocking rates with the reduced carrying capacity.

Understanding the ecosystem is integral to Moorlands success 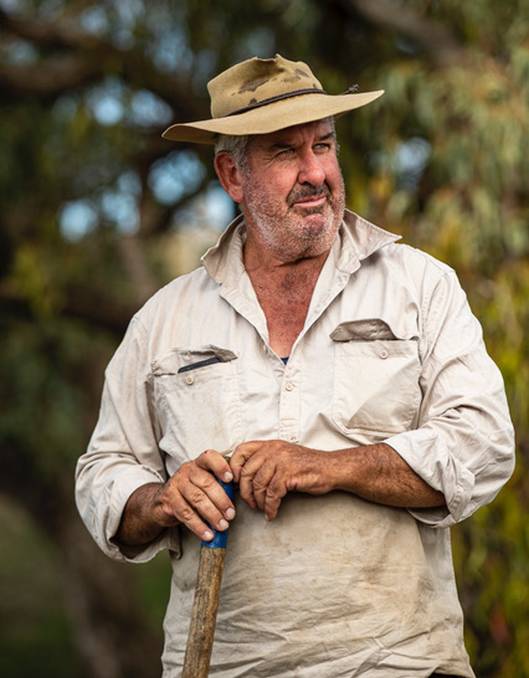 Vince Heffernan's eco-centric philosophical view at Moorlands is that the health of the underlying ecosystem is essential to the agricultural operation that sits on that ecosystem.

It is a view which has proven not only beneficial for the ecosystem, but for the quality of meat his sheep produce as well.

"Decision making starts with a need to understand the impact of any action on the ecosystem," Vince said.

"This could be contrasted with most agricultural operations where the principal concern is the profitability of the agricultural enterprise and the maximising of productivity of that endeavour.

"Not that profitability and productivity are not pursued at Moorlands, simply that there is an acknowledgement that these will become easier over time if the ecosystem is functioning well.

"In reviewing the state of health at Moorlands almost two decades ago, it was determined there was an urgent need to re-establish the grassy woodlands that once existed on this country.

"The aim was to have the scattered trees and shrubs that once existed and allowed good grass growth.

"The vast majority of that planting have been shrubs and in late winter and early spring, Moorlands is a golden landscape as the wattles bloom in full glory.

"There have been many benefits but one that was least expected was the benefits to the sheep.

"These wattles are much loved by the sheep.

"While grazing grass, they also browse the leaves on these native shrubs.

"This diverse diet is healthy but also adds a wonderful, complex flavour profile to the meat of the lambs."

Vince sees the work on regenerating the landscape at Moorlands in longer term adaptation terms.

"With climate change the greatest issue facing every agricultural operation we need to adapt," he said.

"Some adaptation, like planting native trees and shrubs, takes years if not decades.

"Yet if we are to remain sustainable in years to come, we need a system that copes with times of extreme wet as well as more frequent droughts."