Close to 550 bulls sold this year.

Hazeldean rounded off their mammoth bull-selling season with a stud-high average for their Cooma Spring sale.

"It's a huge result really, it's great to get a big result especially from the home sale," Hazeldean's Ed Bradley said.

The Cooma-based stud have sold close to 550 bulls in total this year, including at their Drillham, Queensland sale, which achieved an average of $17,055 over 161 bulls, and in Tamworth, which saw 74 bulls average $14,027.

Hazeldean co-principal Bea Bradley Litchfield said the bulls on offer at Cooma had been early-weaned during the drought at the start of 2019.

"That was a very tough year so they've come a very long way to develop into the bulls we presented today and we're very proud of them," she said. 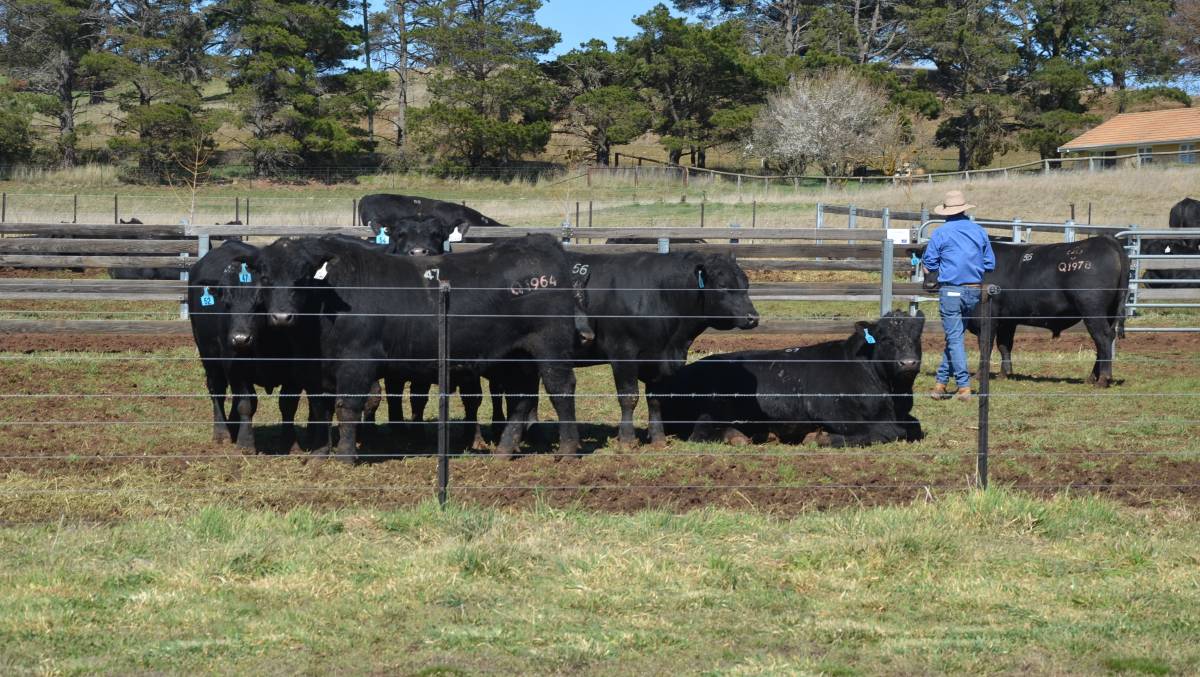 Inspecting the bulls prior to sale. The draft included 20 18-month-old bulls from Hazeldean's top donor cows.

The 18-month-old was by Hazeldean-bred sire Hazeldean Magnum M586 and out of a daughter of Sydgen Black Pearl 2006.

One half of the purchasing partnership, Adam Turnbull of Tom Groggin Station, said Hazeldean Q843 had the figures they were chasing.

Mr Turnbull said they had around 500 breeders and they sold all their calves before winter, given their property's position in the high country.

"They don't get anything through the winter, bar what you feed so you have to cut down on numbers," Mr Turnbull said.

Both buyers planned to use the bull as part of their artificial insemination programs.

Ms Bradley Litchfield said the bulls were out of their top 20 donor cows.

Hazeldean Q1917 was by Coonamble Hector WDCH249 and out of Hazeldean J115.

Other top sales included Hazeldean Q331, a Karoo Knockout Nenk 176 son with positive rib and rump fats of +2.5 and +2.1. He was bought by the Braddock family, Braidwood.

Volume buyers included Whiteley's Ag, Tooma who purchased eight bulls for an average of $16,750 and top price of $23,000.

The sale was underpinned by repeat, commercial buyers along with some stud interest, the majority of bulls heading to the Southern Tablelands, Riverina and Victoria.

The sale was conducted by Nutrien with Nutrien's Tim Woodham and Hamish McGeoch as auctioneers.