Its size, water entitlements and price are one thing but what's even more remarkable is just how much of this group of 38 farms produces when more than half of it has been revegetated. 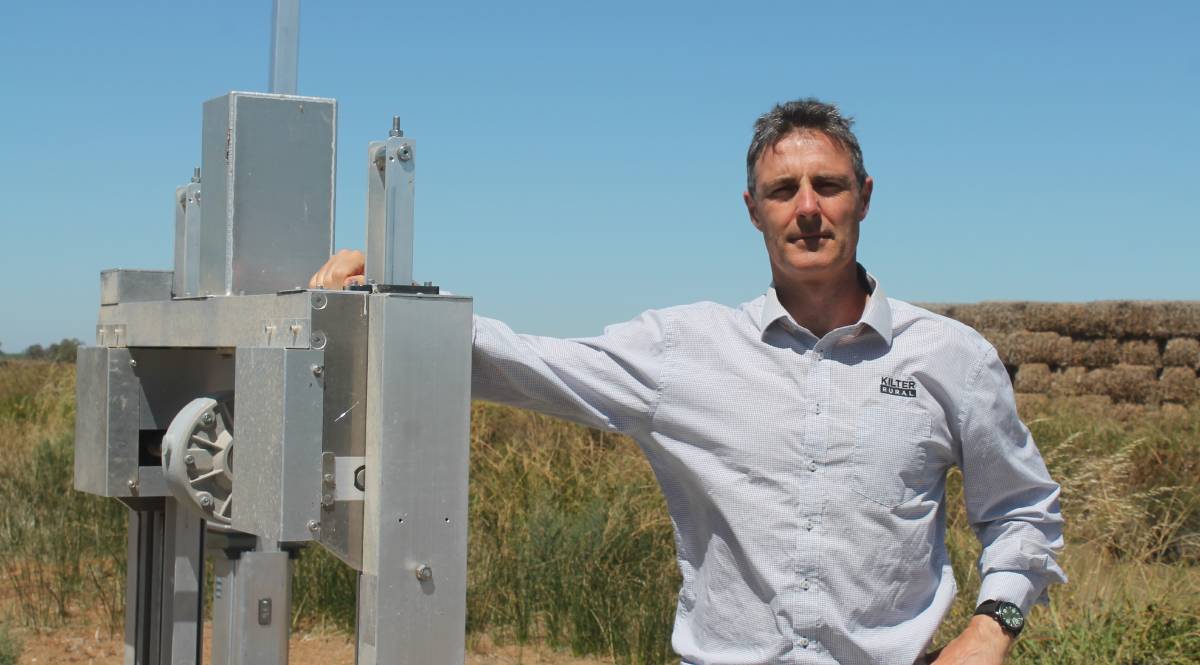 The 38 farms Aware Super has put up for sale comprise 9004 hectares and 20 gigalitres of water but those impressive numbers only tell a fraction of the, likely, $150-million-story.

The properties near Lake Boga just south of the Murray River in Victoria grow tomatoes, plums and cereals as well as running sheep.

The Murray Darling Basin Zone 7 entitlement, 12GL of it high-reliability, is enough to submerge the whole cropping area under 55 centimetres of water.

More remarkably, while 3651ha is irrigated, a whopping 4766ha has been revegetated.

The management system devised by Kilter Rural sounds a perfect ideological fit with Aware Super, which brands itself as "a force for good".

Still, you only have to scratch the surface to see the productivity benefits the approach has yielded.

The vegetation is managed with crash-grazing by 2500 dual-purpose Merino ewes as part of a joint venture enterprise and is also used to generate carbon and biodiversity offsets.

On top of that, it had a critical role to play in dealing with long-term salinity by helping deal with groundwater levels.

"It is a really great environmental story, so I think we'll continue to look for similar opportunities where we can make a positive impact with our capital."

In fact, Kilter Rural chief executive Cullen Gunn said the analysis of soil pits dug after every rotation revealed that 1.9 tonnes of salt had been removed per hectare.

The vegetation management has been just part of the solution. Lucerne was used to crack open and remediate soils and sub-surface tape irrigation waters the 1400ha used to grow tomatoes.

The properties have become one of Australia's largest suppliers of field tomatoes, producing around 80,000 tonnes a year.

To add to the diversity, there's 50ha of established Queen Garnet plum orchards, with plans to plant another 130ha.

Mr Quinn said the portfolio has "iconic" vegetation assets, including the Winlaton Depression that supported a high diversity of threatened plant species.

"They have historically accessed offset programs that pay for improving the biodiversity of the soil," he said.

"Given the scale, investment to date and Kilter's environmental accounting, they are well positioned to unlock significant carbon value over the next 25 years."

While the financials of the business will likely only be released in a yet-to-be-completed confidential information memorandum, Mr Gunn said returns had exceeded expectations.

"What I can say is that we had a target of 8pc total return for this fund and we've beaten that," he said.

PricewaterhouseCoopers partner Greg Quinn, who is managing the sale alongside LAWD, said the process would run in two stages, with the first-round offers due some time in October.

Aware Super's preference is that the enterprise is sold intact but Mr Quinn said it could be sold in sections if the market dictated.

Buyers would have the option of a share sale or an asset sale.

A share sale basically offloads the entire business, including its offtake arrangements, inventory, working capital and employee entitlements, as a going concern.

"A share sale is a more efficient way to sell a large-scale business and assets versus the alternative, which is obviously an asset sale," Mr Quinn said.

"An asset sale might create interest, particularly if there's a break-up of the enterprise and multiple assets are sold to multiple bidders."

While continuity is optional, PwC considers the Kilter Rural management as a positive for the sale.

"Kilter knows the portfolio and the potential in this portfolio better than anyone," Mr Quinn said.

"Their role could be as business as usual for an investor who wants a turnkey operation and exposure to a large diversified platform with quality."

As for Aware Super, it has no plans to diminish its water and agriculture, which is valued at about $1.5 billion.

"Agriculture, at a high level, is a diversifying asset class first and foremost," Mr Snow said.

It performed differently to equities and bonds, he said, and offered inflation protection over the long term.

"It's quite well downside-protected in the sense that you might have a bit of year on year volatility with agricultural production and commodity prices, but your capital valuations are fairly steady within agriculture," Mr Snow said.

Aware Super had also seen agriculture perform while other "real assets" like toll roads and airports suffered during COVID.

"We want to be landowners," he said.

"We will continue to look for opportunities, whether that be a development opportunity like we've had here, or it's an operating platform but we want the land-rich component.

"We're happy for someone with more operational experience to come in and actually operate the business and we'll take our return in the form of a lease payment.

"They'll have a higher return over time but it'll be more volatile."

The story Selling 38 farms at once first appeared on Farm Online.