When I was a kid we were told future eaters would eat their roast beef in a pill. Now the dream is reality, but at what cost to our respect for earth and love of soil? 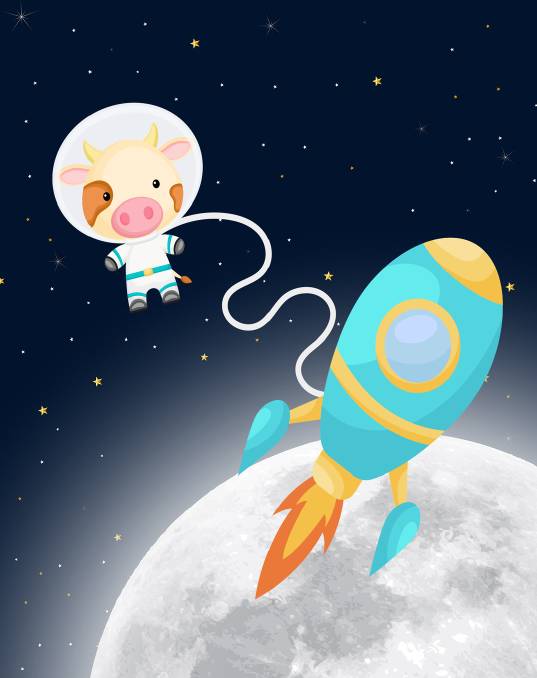 We live in a time when humans can live remote from earth while dining on its rare gifts - propagated in a stainless steel vat. How good is that!? ACM image by: Aaron Stewart

We live in a funny time, caught between future vision and past sensibilities with proponents of each all clamouring about what's right for our planet.

On the one hand we have true conservatives calling for a return to biology in our soils, and a cultivation of nutrition - real dirt farming - in order to improve outcome and profit.

Then, on quite another tangent we have the future eaters - space cowboys, and journey junkies who are proving humans don't need to be tied to this planet and might as well live on Mars.

To date there has been so much hype about the new reality that a senate inquiry is currently being held to debate if anyone has the right to call space food "meat".

Since the start of the financial year we have heard much to do from proponents of this new bio-science, including "milk" reproduced from a starter culture that has links with the cow, "cheese" from fungi and "meat" cultured from animal cells harvested in such a way as to prevent all harm to all beings.

Such fare is perfect for space travel and has brought the future closer for those keen astronauts eager to leave an old and tired world behind.

Of course meals aboard SS Mars Rover will have to be diverse to stave off monotony on the six months voyage.

Stored on their Ark will be the echoes of home - now available to the discerning consumer - in the form of rare microbes, former residents of hot springs, kept alive to help produce fungus protein that the new settlers will call "cheese", in a way reminiscent of how some mis-guided baby boomers, ogled by those first men on the moon, used to call Tang "orange juice".

For the creamy taste of goodness there will be real dairy "milk" made from humanely harvested ancient cultures and allowed to bubble and boil like an old Amish friendship bread.

For a real feed of "meat" there will be something akin to devon sausage, that once actually lived and from whose body certain cells were humanely harvested and liberated to split and grow in a sterile bio-reactor.

Of course this spaceship will have teas and tonics made from yeast and pickled cultures while leafy greens and beans propagated from tissue cultures will sprout and thrive, clean from the ills of nature, under a concert of LED lights, all a dazzle in different colours.

Oh, and the pets; don't forget those companions of space travellers who need a furry friend to remind them what life was like back in "ye olde country". 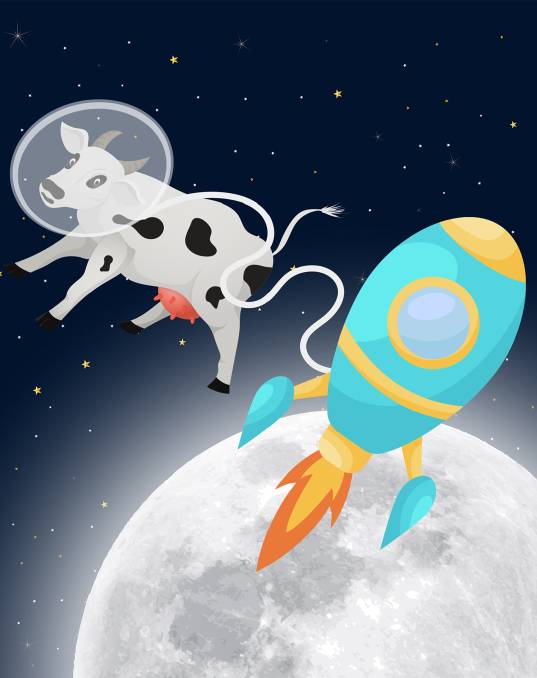 So it is true: We can live on mars and grow all the sustenance we require. Meanwhile, back home, a rare carbon-rich atmosphere will be propelling plants well and truly into the next epoch.

Cats can be a finicky lot, especially when confined to a small capsule but fortunately there are "mouse" biscuits, suitable for the pickiest eaters and protein enhanced with soybean curds and yeast and produced in a sterile, controlled environment, free of anti-biotics and pathogens.

Like the roast "beef" served to astronauts, these mice bikkies will trace their ancestry back to a cell or two from the living host - shaved off in a way that was never intended to be cruel.

It is no mis-communication to say this is a race to produce food for those who quest to leave our earth far behind because the logo on the Harmless Hunt packet shows a cat in a spacesuit leaping beyond the moon.

What a wonder! Mars will be like the new world when Europe was a miserable place!

However, unlike the convicts and squatters of old, these new settlers won't have the luxury of stretching their legs when they arrive on the red, sandy shores of some long-forgotten sea.

Instead the new-age colonists will be forced to travel down ducted tunnels leading them to brightly-lit recreation rooms where they will be bathed in fermented vapours and live like the tissue-cultured sprout of a rare banana - showered in light that's right for DNA and sprayed with a nutrient-rich mixture certain to balance every deficiency - except the love of a sunset, or the smell of wind through her hair.

Breath deep my friends ... ah! Can you smell that? Reminds me of my mother's disinfectant she used to spray in the bathroom!

So it is true: We can live on mars and grow all the sustenance we require. Meanwhile, back home, a rare carbon-rich atmosphere will be propelling plants well and truly into the next epoch - something like the one during which dinosaurs flourished and there's no reason why we can't hang-in there long enough to appreciate the view.

Surely that is one reason to embrace the ideology of regenerative farming in which soil is given a chance to blossom - allowed to grow a wealth of bacteria and fungi - the last bit being increasingly important and yet this life-giver is constantly bombarded by those afraid to embrace this dark side of nature.

Of course, there are those of us who are a little too keen to embrace the place where the sun won't shine, eager to "re-wild" their inner biome, and to be once more in harmony with Mother Nature and the strengths she imparts upon us mere mortals.

Take the case of the tourist so keen to remedy his western ills that he willingly injected a soup of faeces up his bum. Ok. So, like, this does happen - but in this case, as reported recently in the NY Times, the poo came from a hunter-gatherer in Tanzania who had recently dined on zebra and monkey.

Ah geez. The lengths some people go to. It won't be long before some clever engineer creates the feral faeces in a bio-reactor so that harvesting won't be so invasive, and so culturally inappropriate!

The ethically enhanced biome stimulants could be sold to those astronauts travelling to Mars because, as any traveller knows, a long spell in the driver's seat usually leads to constipation.