In total, 26 of the 27 bulls offered by the Siddell family were snapped up. 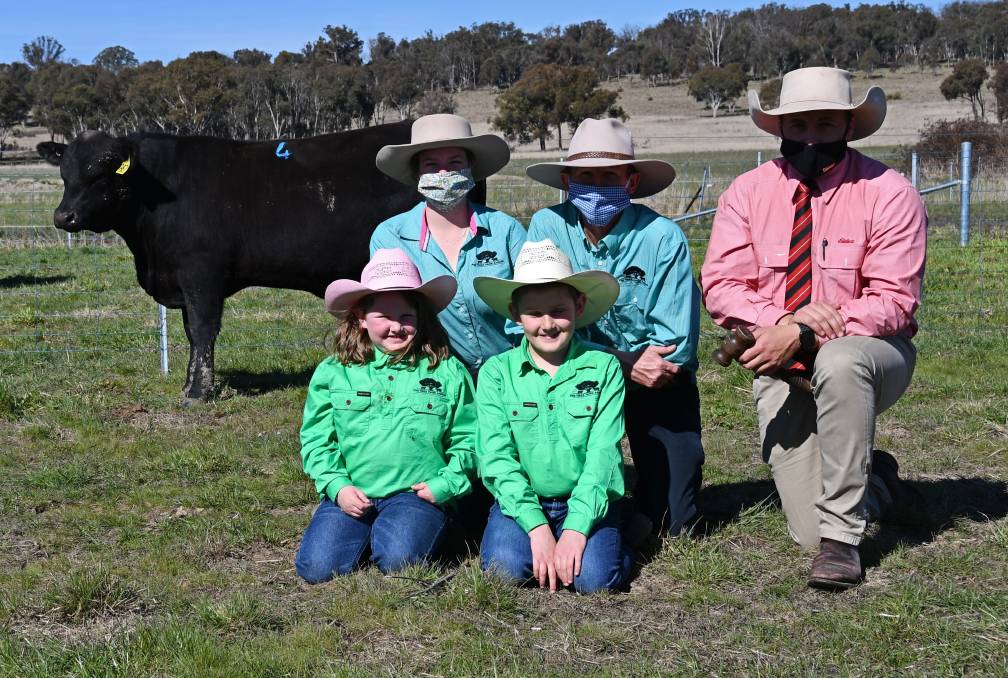 A total of 30 registered bidders gathered at the Wandsworth Community Hall, near Guyra, to get their hands on the 27 bulls offered by the Siddell family, which was hosting a live auction for the first time after having previously held Helmsman-style sales.

While nine bulls sold for more than $10,000, it was Fig Tree Park Jashawn R67 which topped the sale at $12,000 after Clematis Pastoral Company, Ben Lomond, secured the winning bid.

The 11-month-old son of Rennylea M450 and out of Fig Tree Park Jennifer P43, was rated in the top five per cent of the breed for intramuscular fat (IMF), top 10pc for rib and rump fat as well as birth weight, while being rated in the top 20pc for eye muscle area (EMA) and calving ease direct.

"He also had an IMF of 3.7, which is in the top five pc of the breed and so with the combination of those traits he is also very good footed bull, well structured and a bull I think very highly of.

"I think he will do a great job for his new owner, especially considering he was first time calving."

The top-seller was one of seven bulls Clematis Pastoral Company bought at an average of $8500, making it the sale's busiest volume buyer.

"We've been based off local support for the past 12 years we've been selling bulls," Mr Siddell said.

"It's good to see that continue this year.

"Hopefully as the bulls get stronger and stronger with increased use of artificial insemination and as the estimated breeding values increase with a combination of growth, calving ease, low birth weight and IMF we can continue to grow.

"Word of mouth is a big one for us so hopefully these bulls can do a good job and more and more people can hear about us."

A pen of 15 unjoined, European Union-accredited heifers with an average weight of 321 kilograms sold for $2220 a head, or 685 cents a kilogram, to Alex and Ross, Glen Innes, while 15 stud heifers were also offered.

"Honestly, I'm a little bit lost for words about how grateful we are for everyone's support," Mr Siddell said.

"We are certainly very happy with the result.

"We are really humbled by the result and really eager to hopefully deliver a similar draft of bulls and heifers next year."